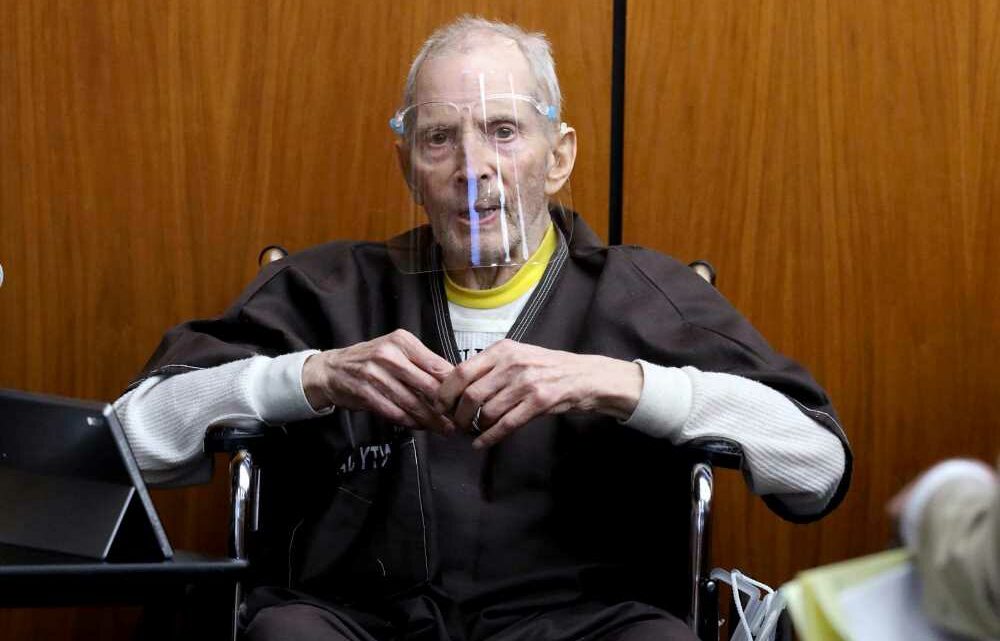 Durst jurors hear testimony about his ‘homicidal side’

Former New York real-estate tycoon Robert Durst testified at his Los Angeles murder trial Wednesday that he used cocaine, meth and “lots of marijuana” before the suspicious disappearance of his wife decades ago.

Asked about his relationship with Kathie Durst, the now-ailing 78-year-old admitted to a drug-fueled lifestyle in 1970s New York City — back when the couple lived with their friend, Susan Berman, whom he is now accused of killing, according to FOX News.

“I tried it several times,” Durst said of cocaine. “Fortunately, I cannot snort anything because I have bad hay fever. So whenever I would try cocaine, my nose would be clogged up for three or four days.”

On the stand, he also told defense attorneys that Kathie Durst was a heavy cocaine user and that he did methamphetamine and smoked “lots of marijuana.”

“There was lots of drugs around,” he said of the time period. “Theoretically, cocaine and methamphetamine and marijuana were illegal, but the only people who seemed to get arrested were black people in Harlem.”

Prosecutors say Durst shot Berman execution-style in the back of the head in December 2000 to stop her from incriminating him in the disappearance of his first wife, Kathie Durst, who was 29 years old when she vanished in 1982.

On Wednesday, Durst claimed that overall the couple had a “happy” marriage even though he insisted that she have an abortion against her will.

“I was very, very much against having children,” he said. “I felt it was so much of a responsibility. I did not want to be a daddy. My childhood had been a disaster. I did not want the same thing to happen to my child.”

Over the course of the trial, prosecutors have been allowed to present evidence that Durst murdered his first wife and his neighbor, Morris Black, in Texas 2001 along with Berman.

Durst was arrested in 2015 after the HBO docu-series “The Jinx: The Life and Deaths of Robert Durst” featured a scene where he was caught on a hot mic, saying, “What the hell did I do? Killed them all, of course.”

Durst, who now suffers from bladder cancer, later said he was also “speeding” on meth while filming the show.

His lawyers have claimed he found Berman’s body, panicked and fled to Texas, before sending cops a letter reading “CADAVER” with his friend’s address.