Club class for £1,000 an hour: Retired British Airways 747 that was bought for £1 is converted into posh ‘party plane’ that is available to hire

An iconic British Airways 747 jet which was retired due to the pandemic was then bought for £1 and converted into a posh ‘party plane’ which is available to hire for £1,000 an hour.

Bosses at Cotswolds Airport spent £500,000 converting the huge jet into an events space where people can host their weddings, product launches and work functions at the privately owned airport in Gloucestershire with a couple already booked in to get married at the venue in the springtime.

The company has preserved the majority of the plane as a museum piece and will host tours for members of the public as well as educational visits for local schools.

The BA Negus was removed from the company’s fleet after completing its last flight in 2020 because of the coronavirus pandemic and its impact on the travel industry.

The aircraft is now being preserved at the site near Cirencester and was bought for just £1. Its new owners said the extensive work to convert the plane has since been a labour of love as it nears completion and is soon to be ready for the public.

Airport chief executive Suzannah Harvey said: ‘I paid a pound for her, and we have a certain obligation to maintain it as is practical for public use. 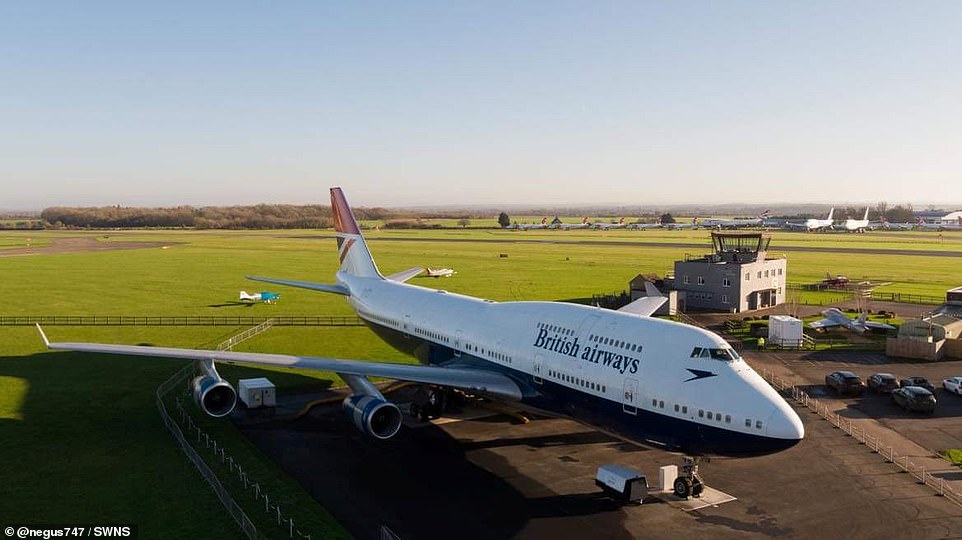 An iconic British Airways 747 jet (pictured) which was retired due to the pandemic was then bought for £1 by airport bosses and converted into a posh ‘party plane’ which is available to hire for £1,000 an hour at Cotswolds Airport in Gloucestershire 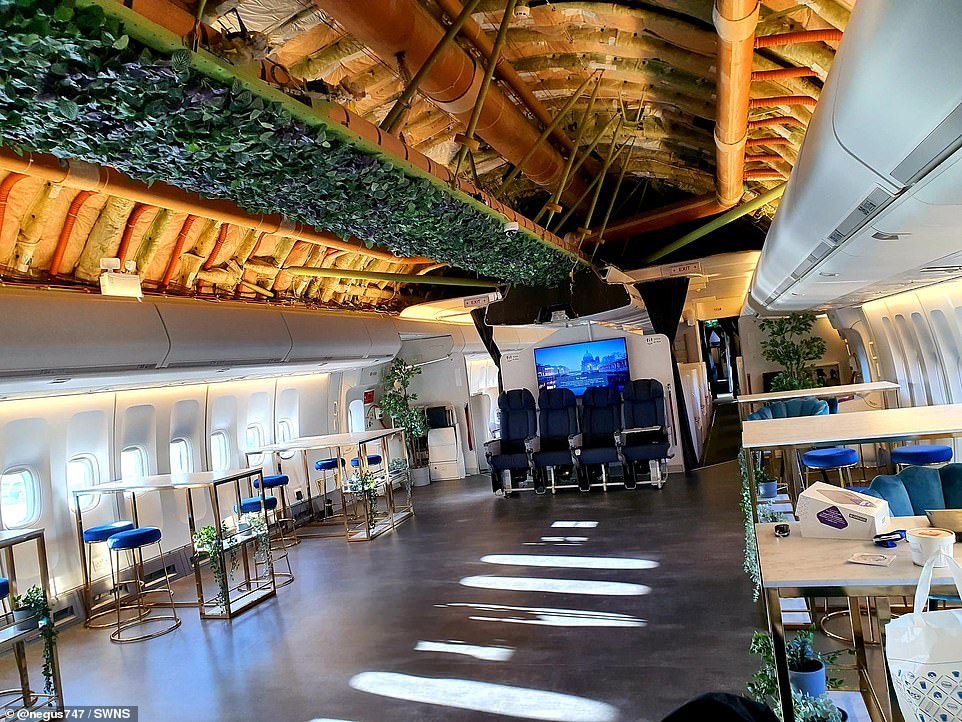 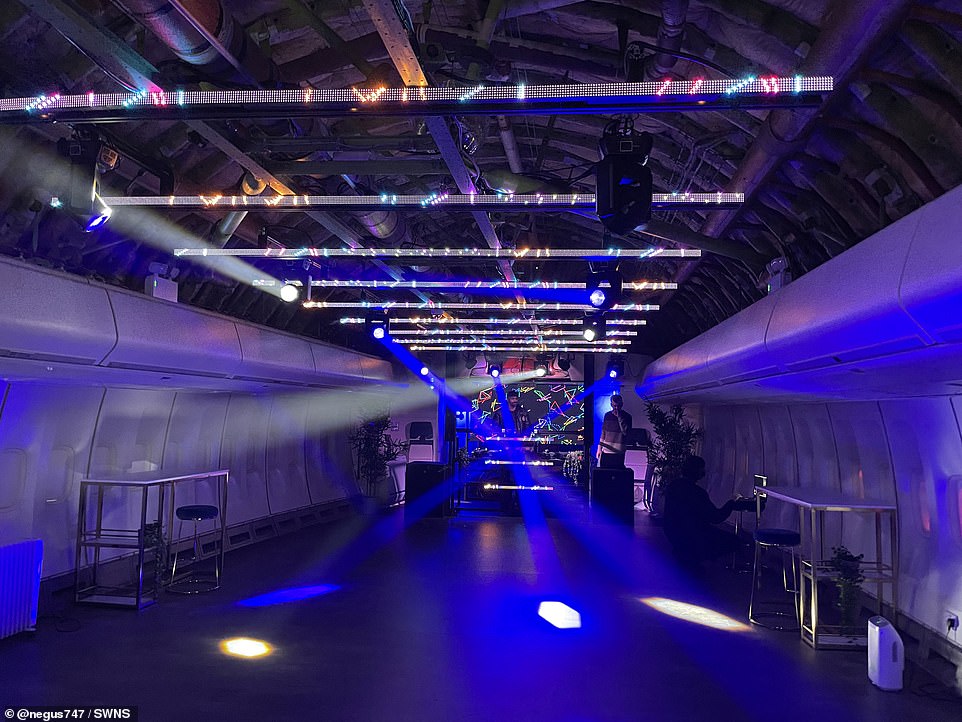 Inside the plane: The former galley has been converted into a bar and there is also a large dance floor with specialised lighting

‘The company has had to spend nearly £500,000 getting her prepped and ready here, but I think it’s money well spent and it preserves her for future generations.’

Most of the original structure has stayed the same but the transformation has included stripping out the economy section to create the events space and turning the galley has been changed into a bar.

A full rewiring with custom lighting has been done while it also took one man a whole week and a half to give it a good clean inside and out.

Suzannah added: ‘It’s been a long old slog. She came into us in October 2020, and at the time I rather naively thought we’d have her up and running by the following Easter.

‘We’ve had such tremendous support from everybody. All the contractors, all the people that have volunteered who are current BA 747 engineers – and here we are finally. She’s ready and she’s good to go.’ 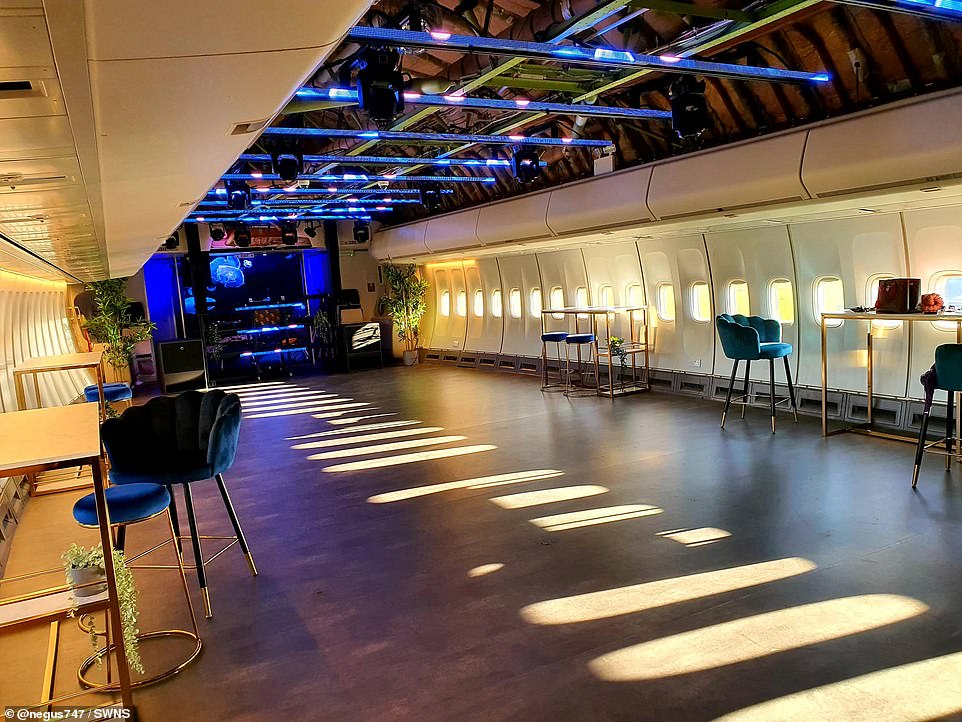 Airport bosses spent more than £500,000 converting the iconic plane which was retired due to the impact of the pandemic 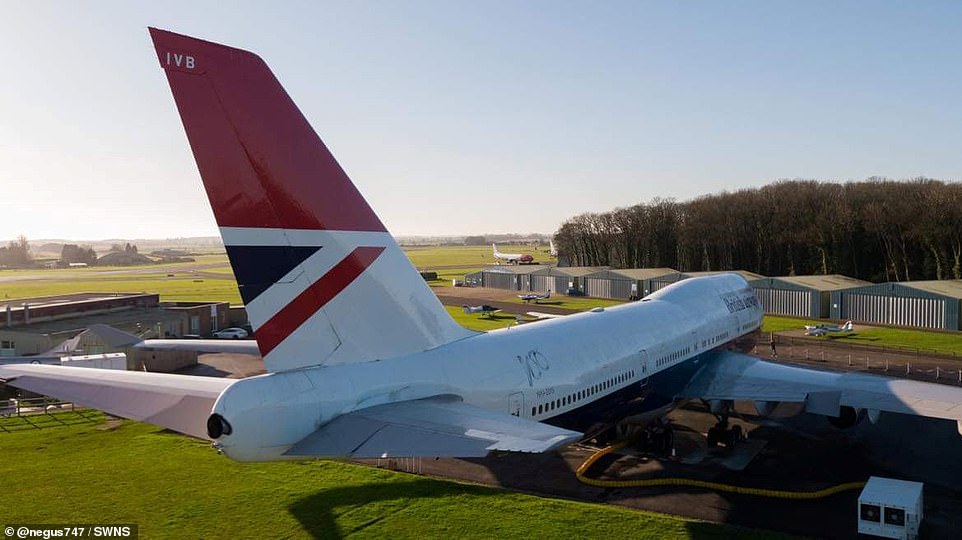 Its last passenger flight was from Miami to Heathrow on 6 April, 2020.

Anyone now wanting to host a party onboard will have to pay more than £1,000 an hour but Suzannah said they had been inundated with enquiries – including from Netflix.

Suzannah added: ‘The vision has finally come to fruition, with overwhelming support from volunteers including current BA engineers and half a million pounds of investment later, Negus 747 is finally ready.

‘Preserved for many years to come and future generations, Negus is the only bespoke events 747 in the world.’

Cotswold Airport is family owned and operated and is the largest privately owned airport in Europe having a runway only 2m shorter than Bristol International.

Suzannah said an app will soon be launched to enable the general public to book tours of the aircraft.