The State Coroner has called on Victoria Police to overhaul its gun licensing system for people with mental illness after a Sunshine North man with a known brain injury fatally shot his nephew.

Police knew John Pozzebon was being treated for mental illness and had suffered a head injury when their licensing division permitted him to continue keeping six guns in his garage. 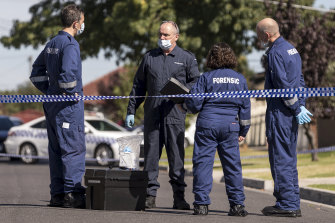 Police near the scene of the 2018 murder in in Sunshine North, which described as a “bloodbath”.Credit:Daniel Pockett

Two years later, in 2018, he shot his nephew, Jason Leslie Smith, 44, in an execution-style murder in the kitchen of their Oxford Street home following an argument about money.

The victim’s final words were “I love you, Pozze”. The scene was described as a “bloodbath”.

The call comes as new data shows 28.5 per cent of gun homicides in Victoria during the past decade were committed by people with a mental illness.

“Firearm ownership comes with great responsibility and it is a firearm licence-holders’ obligation to ensure their actions do not put themselves or others at risk,” State Coroner John Cain said. 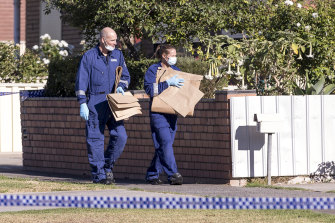 Police knew John Pozzebon was being treated for mental illness before the fatal shooting.Credit:Daniel Pockett

“However, it is the ultimate responsibility of Victoria Police as the regulatory body to ensure that only appropriate individuals have access to firearms, especially in circumstances where an individual’s health or mental health is compromised and the safety of the community is endangered.”

In findings released this week, Mr Cain found Pozzebon had suffered a brain injury at work in 2012, which had made him increasingly aggressive.

During his gun licence renewal application in 2016, he ticked yes to being treated for psychiatric, depression, stress or emotional problems, and yes to having had a stroke or head injury.

Despite this, he was permitted to retain his six guns. 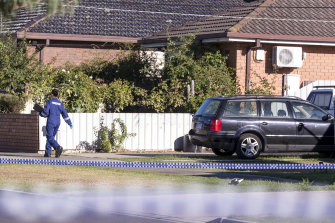 Jason Smith was shot dead in the home he shared with his uncle in March 2018.Credit:Daniel Pockett

Mr Cain has recommended Victoria Police change its policies so people with mental illness are required to provide regular updates from their doctors about any changes in their health.

Any documentation provided should be less than three months old, he said.

Mr Cain said many mental health conditions and acquired brain injuries could deteriorate over time and it could increase the risk to the community if people with those conditions were not treated regularly and, where the risk was high, had their firearms licences suspended.

“This case and other similar deaths investigated by this court highlight the importance of having current medical evidence to support the holding of a firearms licence,” he said.

As part of the Coroner’s investigation, Mr Cain found 98 gun-related homicides were committed in Victoria between 2010 and 2020.

Of those, 28 involved killers with mental health conditions.

Pozzebon is serving a 26-year jail term, with a non-parole period of 19 years, after being found guilty of murder in December 2019.