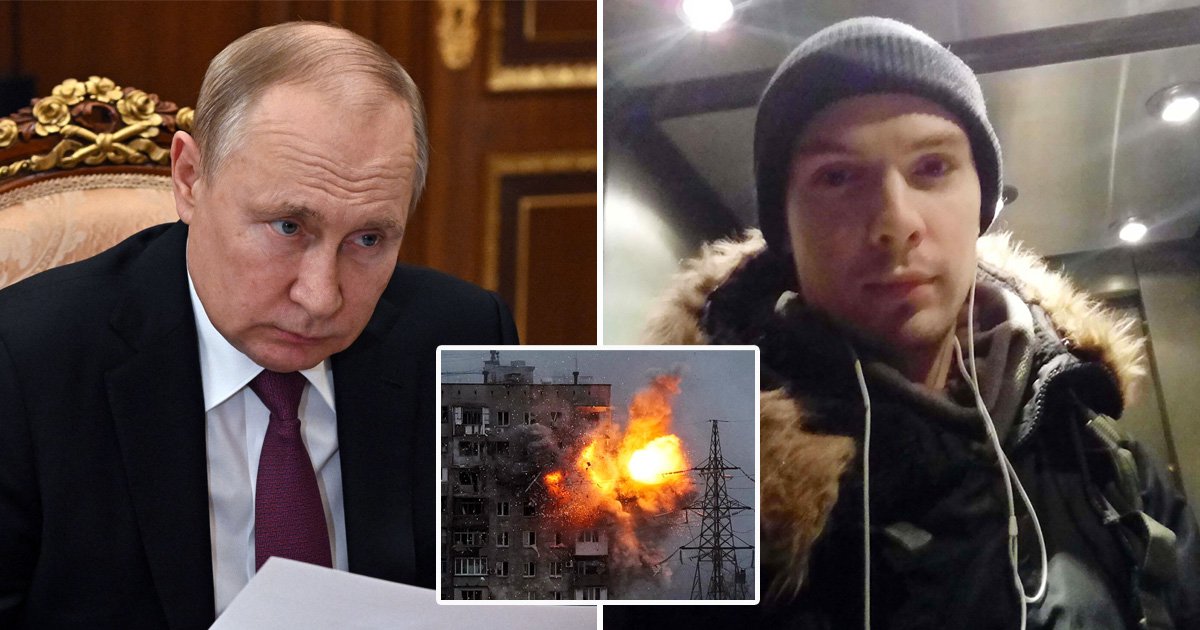 A military correspondent at one of Russia’s biggest propaganda machines has quit after launching a scathing attack on Vladimir Putin.

Gleb Irisov has accused the Russian president of ‘insane leadership’ and sending Russian soldiers to ‘slaughter’ in Ukraine.

The 31-year-old made the comments after quitting the TASS news agency, one of the Kremlin’s biggest state-run sites.

The war correspondent, who served in Syria, said he realised the reality of the invasion from the very first day after some of his former colleagues were killed.

‘I learned that the situation was simply horrific,’ he said.

‘The leadership became so insane that it simply threw its own army for slaughter.

Mr Irisov said official denials that conscripts were serving in the war were false.

Mr Irisov said the middle and lower ranks of the Russian army had been against the war.

He also said there was ‘widespread sycophancy, corruption, and theft’ within the army accusing ‘millions’ of being syphoned off from budgets.

Mr Irisov revealed he was not the only journalist at TASS who was against the war, saying many of his ex-colleagues opposed the conflict but many more were ‘brainwashed’.

He said a petition opposing the war had been signed by reporters which led to the FSB’s involvement, with critics being branded ‘traitors’.

Mr Irisov said his choice had been to stay at TASS as part of a propaganda machine – or face accusations of treachery for opposing the Kremlin.

‘To become a war criminal or against the state – the choice was obvious for me,’ he said.

Mr Irisov is not the only journalist to turn his back on Russia’s state-run media since the start of the war.

The 45-year-old presenter, who has since gone into exile, said: ‘Most of them do not sympathise at all with what is happening now – all this hell, horror.’

‘I wake up every morning with a thought that this cannot be true.

‘This is still some kind of delayed effect of the trauma because this shock is getting deeper and deeper.’

Asked what she would say to Ukrainians for the pain inflicted by the war, she replied: ‘Of course, I would say: “Forgive us”.

‘But this will not save anyone. Everything that has happened is permanent.

‘It will affect not only us, but our children and grandchildren too.’

Earlier this month, Zhanna Agalakova, a Paris-based correspondent for Russia’s state-controlled Channel One quit her job over the invasion of Ukraine.

The 56-year-old, who used to be a newsreader at the channel, said she believed Russian networks have been commandeered by the Kremlin to broadcasts lies and propaganda.

She said Russians were being ‘zombified’ by the stream of media-sponsored untruths.

Earlier this month an editor at Channel One tried attempted to take matters into her own hands when she gatecrashed the main evening news show to hold up a poster denouncing the war.

Marina Ovsyannikova, 43, waved a sign that read: ‘NO WAR. Stop the war. Don’t believe the propaganda. They are lying to you here.’

State TV is the main source of news for many millions of Russians, and closely follows the Kremlin line that Russia was forced to act in Ukraine to demilitarise and ‘denazify’ the country.

The Kremlin has barred the word ‘invasion’ or ‘war’ and instead refers to it as a ‘special military operation’.

Since the start of the war, Moscow has also been cracking down on social media by heavily restricting access in a bid to control the narrative around the failing invasion.