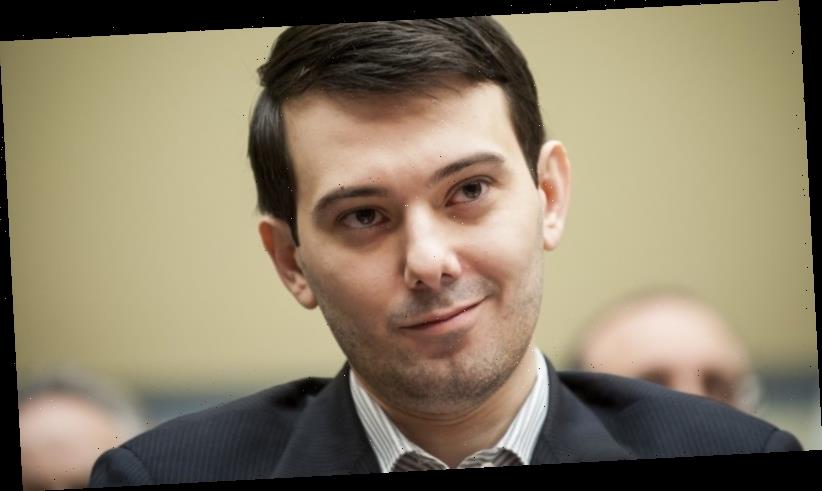 New York: A financial reporter who broke the story of one of America's most reviled fraudsters has left her marriage and her job after falling in love with him.

Christie Smythe, a journalist with the Bloomberg news agency, disclosed in 2015 how Martin Shkreli – dubbed the "Pharma Bro" for manipulating the price of medicines – was under investigation for trading violations.

The brash New York hedge fund boss, who is serving a seven-year jail sentence, was branded "a new icon of modern greed" after raising the price of one life-saving drug by 5000 per cent. 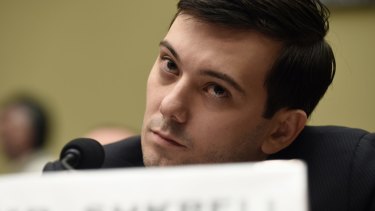 Martin Shkreli was called before a congressional committee to explain why he bought the rights to an older drug and raised the price.Credit:AP

Smythe, 38, has now made headlines herself after revealing how she fell in love with him while covering his story, despite being warned that he was a "master manipulator".

She has now divorced her partner and plans to start a family with Shkreli, despite only ever kissing him during a prison visit. He is not eligible for release for another three years.

Smythe gave details of the couple's affair in an interview with Elle magazine, in which she says her romance was a case of falling "down the rabbit hole".

Shkreli, 37, was convicted of three counts of fraud in 2017, having looted $US11 million of stock from his own firm to bail out a failed hedge fund that he ran.

Before his trial, his flamboyant lifestyle and unrepentant behaviour led to him being branded the unacceptable face of so-called "Big Pharma" corporate profiteering. He smirked when testifying to Congress about price fixing, sparred with critics on Twitter, and spent $US2 million on a rare album by Wu-Tang Clan, a hip-hop group.

He even became a topic in the 2016 US presidential race, with Hillary Clinton berating his outrageous "price gouging" and Donald Trump branding him a "spoiled brat".

Smythe, who previously had what she described as a "perfect" Brooklyn life with her husband, said she first got to know Shkreli before his arrest, when he gave her off-the-record interviews intended to demonstrate his innocence.

"You could see his earnestness," she said. "It just didn't match this idea of a fraudster."

The pair also bonded over stories of how they had struggled to succeed in the Ivy League-dominated New York rat race. Both, she said, had suffered from anxiety problems as children.

She was warned early on by her husband that Shkreli was "using her", and that she risked compromising her journalistic integrity by having too close a contact with him.

But she carried on seeing him, amid plans to write a book about his case. During a journalism course she was taking at Colombia University, she even wrote "quite candidly about how he had so successfully drawn her in", according to her tutor, who spoke to Elle.

"Maybe I was being charmed by a master manipulator," Smythe admitted.

She said their romance finally began after Shkreli was jailed, when they exchanged a first kiss in a prison visiting room that stank of fried chicken.

The couple have never been able to consummate their relationship, but have already got as far as planning children. Smythe has even had her eggs frozen, in case she is too old to conceive once Shkreli leaves jail.

Smythe has already left Bloomberg, who deemed her conduct unprofessional, and has sold film rights to her book proposal.

Whether the story will have quite the happy ending she intends, though, remains to be seen. When Shkreli found out about her interview with Elle, he stopped communicating with her.

Magical images show it was still love, love we do for the Fab Four
World News