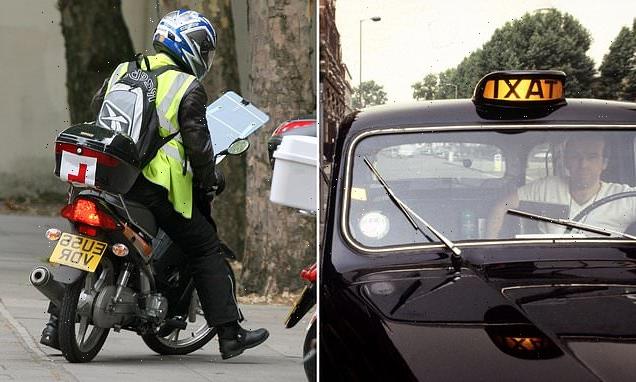 The end of The Knowledge: Report says black cab driver’s 150-year-old London map test should be scrapped and minicabs allowed to use bus lanes and be hailed in the street

The world-famous exam for London taxi drivers should be scrapped, according to a report published yesterday by an economic think tank.

The Adam Smith Institute called for The Knowledge, the exam that requires drivers to memorise 25,000 streets and 100,000 landmarks within a six-mile radius of Charing Cross, to be stopped amid the rise of ride-hailing apps such as Uber.

The report argued that there is ‘no reason’ to keep the test, as there are now ‘regularly-updated GPS and traffic-mapping systems’. 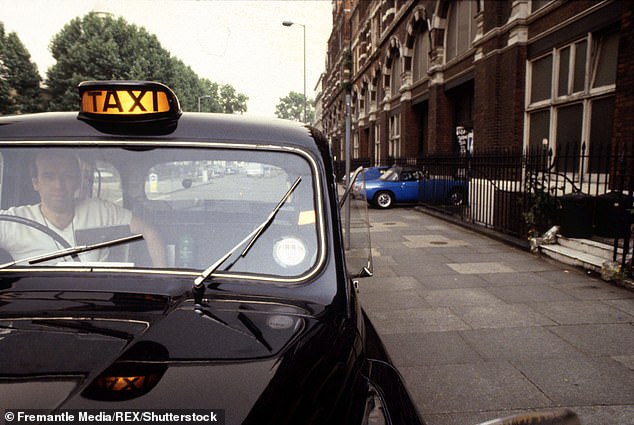 The Knowledge is an exam that requires drivers to memorise 25,000 streets and 100,000 landmarks within a six-mile radius of Charing Cross

This has been met with anger from general secretary of the Licensed Taxi Drivers Association, Steve McNamara.

The Knowledge of London is a world-famous exam run by Transport For London.

It is a requirement for all Black cab drivers in the city.

To pass, drivers must memorise 25,000 streets and 100,000 landmarks within a six-mile radius of Charing Cross.

The entire process can take up to four years and includes seven stages and multiple interviews.

It was introduced in 1865, and includes a learning guide detailing 320 routes (known as runs) within the six mile radius of Charing Cross.

Drivers must learn the routes, plus all the roads and landmarks within a quarter mile radius of the start and end points of each route.

Most people who take the Knowledge exam use a scooter to help learn the runs.

‘A satnav is no substitute for a professional driver’s knowledge and experience, especially in a busy, ever-evolving city like ours,’ he told The Sun.

‘This report seems to advocate for a race to bottom, which would undermine the quality of the important service licensed taxis provide and seriously jeopardise passenger safety.’

He said removing the test altogether would be ‘catastrophic’ for both passengers and the taxi industry, and previously argued that it needs to be ‘made more relevant to the 21st Century’.

However the report insisted that: ‘Despite protestations from the Black Cab lobby, the Knowledge does not in fact provide significant additional knowledge above that which may be gained from the constant directional and traffic updates that are fed into navigational systems.

‘This requirement acts as a screen against potential drivers, costing drivers thousands of pounds and years of their life for a skill which is largely obsolete.’

Greg Smith, Conservative MP for Buckingham, has called for the ‘long overdue’ deregulation of the Black cab industry.

‘The revolution in consumer choice that services like Uber brought needs to be matched with the way the state sees taxi services,’ he told the paper.

The Adam Smith Institute’s report also called for ride hailing to be made easier, and suggested that people should be able to hail all private hire vehicles from the pavement.

This, it said, would ‘ create [a[ more reactive and flexible transport for all licence holders’.

It argued that this is ‘highly unfair’ and ‘makes transport less reliable, slower, and expensive for users’.

The report called for ‘proper reform’ of the licensing system, ‘to reflect the modern, innovative transport services which have contorted their way around stringent and mismatching regulations’. 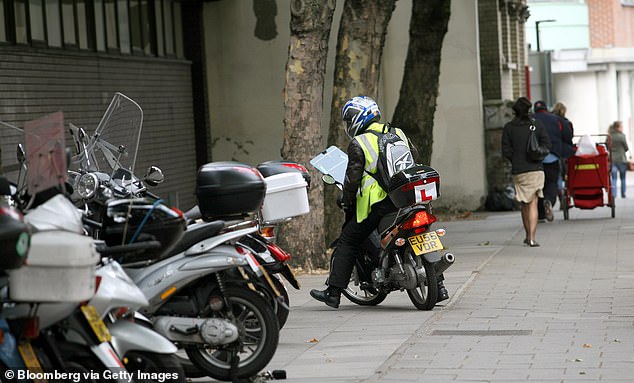 Most people who take the Knowledge exam use a scooter to help learn the 320 runs, and 100,000 landmarks

Part of this includes ‘lower[ing] the bar of entry’ to create more competition, and welcome more drivers and types of vehicles into the industry.

One of its suggestions includes ‘paratransit light vehicles’, similar to small buses, which could run regularly on high-demand routes for small numbers of passengers.

They are used in the US, Japan and Italy.

The report concludes: ‘Old, even ancient, legislation continues to blight the development of transport services and the investment that 16 follows.

‘Without urgent reform, the Government will continue to betray millions of service users and operators, and the tens of thousands of businesses that are boosted by freer transport.’

The top 10 movies you need to watch in May