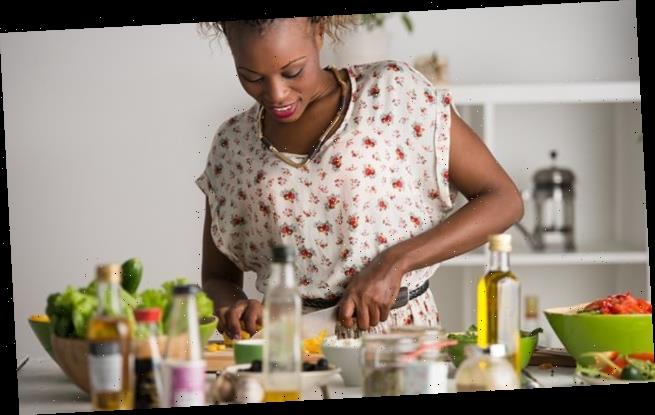 Record half a MILLION people take on 'Veganuary' challenge

The ‘Veganuary’ challenge has seen a record 500,000 people sign up to eat a solely plant-based diet for the next month – double the number of people who took part in 2019.

As many as 125,000 people taking part in the challenge are based in the UK, with supermarket giant Tesco even running TV and radio ads promoting the challenge for the first time, The Guardian reports.

New research conducted by investment bank UBS also found that the number of people opting for plant-based meat alternatives is on the rise, from 48 per cent to 53 per cent between March and November 2020. 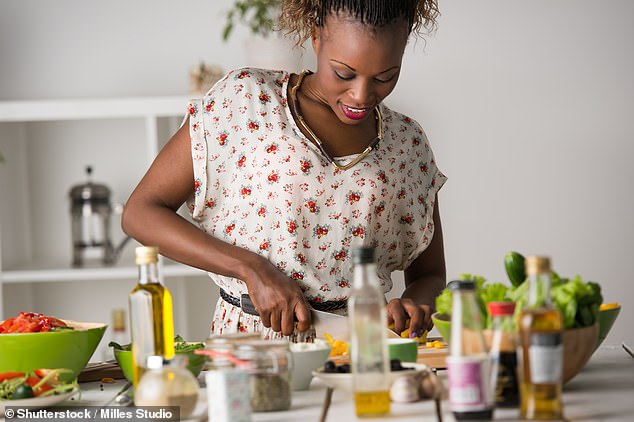 A record number of people – 500,000 – have signed up to take part in the ‘Veganuary’ challenge to eat a plant-based diet for an entire month (stock image)

Their research, conducted on 3,000 people from the UK, US and Germany found that half the people who tried the plant-based alternatives continued to eat them at least once a week.

Another first, Aldi, Asda and Iceland all have dedicated pages on their websites for vegan information and recipes.

Andrew Stott from UBS said: ‘The latest iteration of our survey shows that plant-based meat continues to gain momentum.’

He also said that the major factor putting people off from trying plant-based alternatives was a fear that the products won’t taste very good. 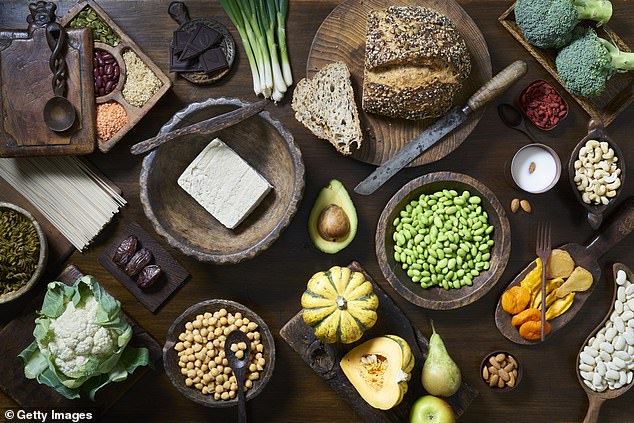 New research conducted by investment bank UBS also found that the number of people opting for plant-based meat alternatives is on the rise, from 48 per cent to 53 per cent between March and November 2020 (stock image)

However, half the people involved in the survey believed that plant-based products were both healthier and more environmentally friendly than meat.

‘Veganuary’ was first launched in 2014 to try and encourage people to attempt to lead a vegan lifestyle for an initial month, in the hope that some would permanently adopt the new lifestyle.

Top 20 foods Brits would miss if they went vegan

Toni Vernelli, from Veganuary, said that eating plant-based products is no longer controversial and that most people have accepted we need to eat less meat to reduce our impact on the environment.

On top of helping the environment, people switch to a plant-based diet to reduce animal suffering and even to improve their health.

The news comes as it was revealed that millions of Brits would struggle with veganism because they would miss foods such as cheese and eggs.

Research commissioned by Elmlea Plants found that 56 per cent of 2,000 people surveyed would struggle to stick to a vegan diet if cheese was off the menu.

Other foods such as pizza, sausages, steak and lasagne would also tip people over the edge.

The research also found that the average Brit would struggle to stick to ‘Veganuary’ beyond January 8.

Elmlea Plants’ spokesperson Catherine Lloyd said: ‘It’s fascinating to see that such a big proportion of the UK population are taking part in Veganuary this year, but that many don’t expect to make it even halfway through the month.

‘However, going vegan doesn’t have to mean missing out. Vegan alternatives have come a long way and a lot of the foods people would miss by going vegan now have really great alternatives that are indistinguishable in terms of taste, including cream and cheese.

‘It was good to see the results finding that people are willing to try vegan foods, even if they wouldn’t adopt the lifestyle completely.’

Other top foods Brits would miss most if they went plant-based include, chicken nuggets, cheesecake or butter.

And those with a sweet tooth would struggle to live without chocolate brownies or doughnuts.

Dua Lipa's Feathered Loofah Dress Has Us Screaming "It's So Fluffy!"
World News