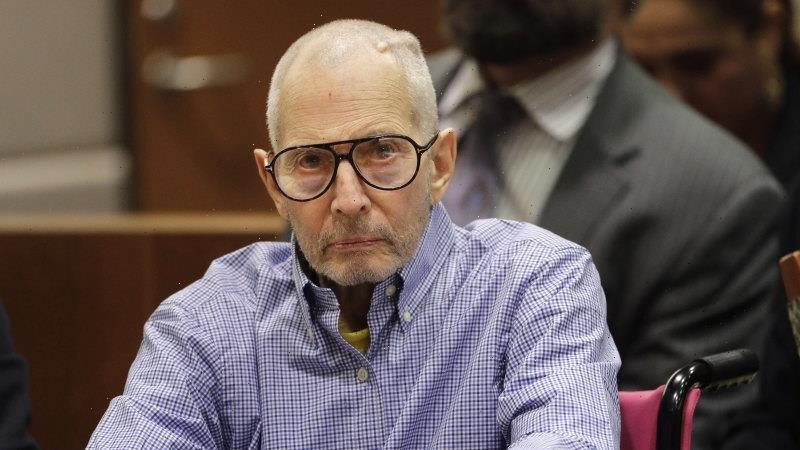 Los Angeles: A California jury on Friday found multimillionaire real estate heir Robert Durst guilty of murdering his best friend Susan Berman in 2000, the first homicide conviction for a man suspected of killing three people in three states over the past 39 years.

Durst, 78, faces up to life in prison. Superior Court Judge Mark Windham, who oversaw the trial, will set a date for sentencing. 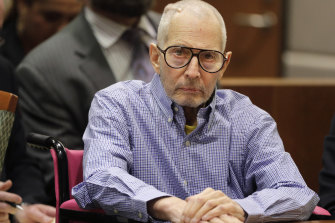 The jury of nine women and three men had deliberated for seven-and-a-half hours over three days.

Los Angeles County prosecutors called Durst a “narcissistic psychopath” who killed Berman in an attempt to cover up the disappearance of his wife, Kathleen McCormack Durst, in New York in 1982.

Durst was only on trial for killing Berman in California, but prosecutors argued he murdered three people: his missing wife, Berman and a neighbour in Texas who discovered his identity at a time when Durst was hiding from the law.

Despite long being a suspect in the disappearance of his wife, a 29-year-old medical student, Durst was never charged. Prosecutors said he killed her then decided to kill Berman 18 years later because she had told others that she helped Durst cover up the crime.

Defense lawyers in turn portrayed Durst, a frail cancer survivor who uses a wheelchair, as a “sick old man,” referencing Durst’s claim he is on the autism spectrum. They noted prosecutors, who questioned him for nine days of cross-examination, were unable to produce forensic evidence linking Durst to the murder of Berman, 55, who was shot in the back of her head inside her Beverly Hills home.

The trial came six years after Durst’s apparent confession in the HBO television documentary series The Jinx, in which Durst was caught on a hot microphone in the bathroom saying to himself, “What the hell did I do? … Killed them all, of course.”

In 58 days spread over a year-and-a-half, including a one-year suspension after the trial began due to the coronavirus pandemic, prosecutors presented mountains of circumstantial evidence pointing toward Durst, who testified that he discovered Berman’s murdered body when he went to visit her but did not call police.

The prosecution also delved into the 2001 death and dismemberment of Morris Black, who was Durst’s neighbour in Galveston, Texas. A Galveston jury acquitted Durst of murder, even though Durst admitted he chopped up Black’s body and dumped it in Galveston Bay. 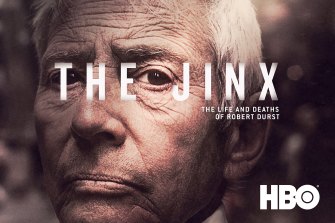 Durst was charged just hours before the final episode of The Jinx went to air.

In Texas, and again in the Los Angeles trial, Durst testified that Black pulled a gun on him and was shot accidentally when the two men wrestled over the firearm in Durst’s apartment.

The California prosecutors argued that Durst murdered Black because Black discovered Durst’s identity, and Durst feared Black would turn him in. At the time Durst was using an assumed name and disguising himself as a mute woman because he feared he might be arrested by New York investigators who had reopened the case of his missing wife. 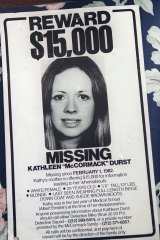 A flier from the investigation of the 1982 disappearance of Kathleen Durst.Credit:New York Times

Black’s death marked the second time Durst had a dead body at his feet, according to his own testimony. In the deaths of both Black and Berman, Durst said he at first tried to call the 911 emergency number but later decided against it, fearing nobody would believe he was not guilty.

Durst testified from a wheelchair, usually in a jail uniform but also wearing a baggy suit jacket that would have fit properly in his younger, more robust days. His voice weakened by esophageal cancer, he sounded different from the man with a confident New York accent that jurors saw in The Jinx.

Hard of hearing, he would often read a simultaneous transcription of the questions on a tablet.

Lead defense attorney Dick DeGuerin attempted to cast doubt on the “killed them all” audio by arguing it was edited and had been kept by the filmmakers for years before it was turned over to the authorities. Durst said the microphone failed to record him say “They’ll all think I” before uttering “killed them all”.

Besides The Jinx audio, two other pieces of evidence appeared to damage Durst’s defense. One was the recorded 2017 testimony of Nick Chavin, a mutual friend who said Durst admitted to him in 2014 that he had killed Berman.

“I had to. It was her or me. I had no choice,” Chavin recounted Durst telling him one night after dinner at a New York City restaurant.

Durst also admitted he authored a handwritten letter to Beverly Hills police with the word “cadaver” and Berman’s address, directing them to her undiscovered body. Durst had denied writing the note for 20 years but relented before testimony began, faced with evidence the note was his.

Durst is the grandson of Joseph Durst and son of Seymour Durst, who built The Durst Organisation into one of New York City’s premier real estate companies which has developed some of Manhattan’s signature skyscrapers.

Robert Durst long ago left the company, now run by his estranged brother Douglas Durst, who testified at trial and said of his sibling: “He’d like to murder me.”

Hilarious snaps of animals not looking their best