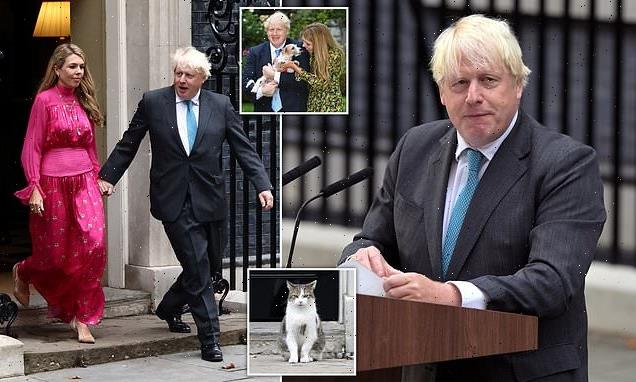 ‘If Dilyn and Larry can put their difficulties behind them, so can the Tory party!’: Read Boris’s leaving speech in full (with nod to Number10 cat and his beloved Jack Russell) as he thanks British people ‘for giving him chance to serve’

Boris Johnson today finally stepped down as Prime Minister, making way for Liz Truss to step into 10 Downing Street. Below is his full speech from this morning:

Well this is it folks.

Thanks to all of you for coming out so early this morning.

In only a couple of hours from now I will be in Balmoral to see Her Majesty the Queen, and the torch will finally be passed to a new Conservative leader.

The baton will be handed over in what has unexpectedly turned out to be a relay race. They changed the rules half-way through but never mind that now.

And through that lacquered black door a new Prime Minister will shortly go to meet a fantastic group of public servants.

And never forget – 70 per cent of the entire population got a dose within 6 months, faster than any comparable country.

That is government for you – that’s this Conservative government.

The people who organised those prompt early supplies of weapons to the heroic Ukrainian armed forces, an action that may very well have helped change the course of the biggest European war for 80 years.

And because of the speed and urgency of what you did – everybody involved in this government – to get this economy moving again from July last year in spite of all opposition, all the naysayers, we have and will continue to have that economic strength to give people the cash they need to get through this energy crisis that has been caused by Putin’s vicious war. 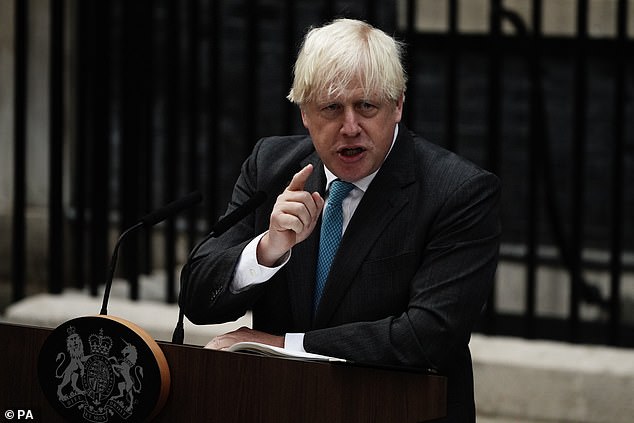 And I know that Liz Truss and this compassionate Conservative government will do everything we can to get people through this crisis.

And this country will endure it and we will win.

And if Putin thinks that he can succeed by blackmailing or bullying the British people then he is utterly deluded.

‘The reason we will have those funds now and in the future is because we Conservatives understand the vital symmetry between government action and free market capitalist private sector enterprise.

We are delivering on those huge manifesto commitments, making streets safer – neighbourhood crime down 38 per cent in the last three years, 13,790 more police on the streets.

Putting record funding into our schools and into teachers’ pay.

Giving everyone over 18 a lifetime skills guarantee so they can keep upskilling throughout their lives.

Three new high speed rail lines including northern powerhouse rail, colossal road programmes from the Pennines to Cornwall, the roll-out of gigabit broadband up over the last three years, since you were kind enough to elect me, up from 7 per cent of our country’s premises having gigabit broadband to 70 per cent today.

And we are of course providing the short and the long term solutions for our energy needs.

And not just using more of our own domestic hydrocarbons but going up by 2030 to 50 GW of wind power, that is half this country’s energy electricity needs from offshore wind alone, a new nuclear reactor every year.

And looking at what is happening in this country, the changes that are taking place, that is why the private sector is investing more venture capital investment than China itself.

And as a result unemployment as I leave office, down to lows not seen since I was about ten years old and bouncing around on a space hopper.

And on the subject of bouncing around and future careers, let me say that I am now like one of those booster rockets that has fulfilled its function.

And I will now be gently re-entering the atmosphere and splashing down invisibly in some remote and obscure corner of the pacific.

And like Cincinnatus I am returning to my plough, and I will be offering this government nothing but the most fervent support. 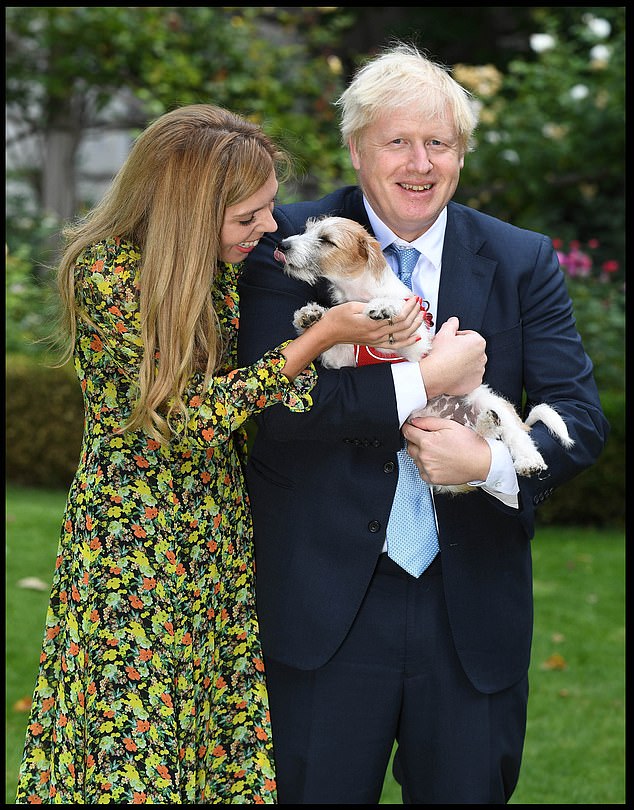 Boris Johnson and wife Carrie hold their beloved Jack Russell-cross, Dilyn, who was referenced in the Prime Minister’s leaving speech 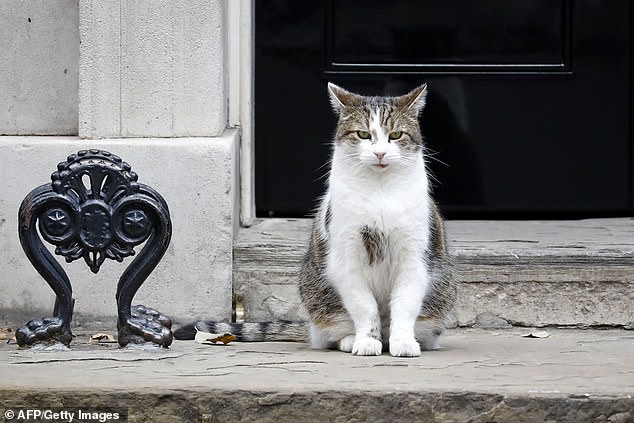 Larry, the Downing Street cat, sits outside the front door of No10. He too was referenced in the Prime Minister’s leaving speech

We can and we will get through it and we will come out stronger the other side but I say to my fellow Conservatives it is time for the politics to be over folks.

And it’s time for us all to get behind Liz Truss and her programme, and deliver for the people of this country.

I am proud to have discharged the promises I made my party when you were kind enough to choose me, winning the biggest majority since 1987 and the biggest share of the vote since 1979.

Delivering Brexit. Delivering our manifesto commitments – including social care – helping people up and down the country ensuring that Britain is once again standing tall in the world.

Speaking with clarity and authority from Ukraine to the Aukus pact with America and Australia.

Because we are one whole and entire United Kingdom whose diplomats, security services and armed forces are so globally admired, and as I leave I believe our union is so strong that those who want to break it up, will keep trying but they will never ever succeed.

Thank you to everyone behind me in this building for looking after me and my family over the last three years so well including Dilyn, the dog. And if Dilyn and Larry can put behind them their occasional difficulties, then so can the Conservative party.

And above all thanks to you, the British people, to the voters for giving me the chance to serve, all of you who worked so tirelessly together to beat covid to put us where we are today.

Together we have laid foundations that will stand the test of time, whether by taking back control of our laws or putting in vital new infrastructure – great solid masonry on which we will continue to build together, paving the path of prosperity now & for future generations.

And I will be supporting Liz Truss and our new government every step of the way.

Thank you all very much.