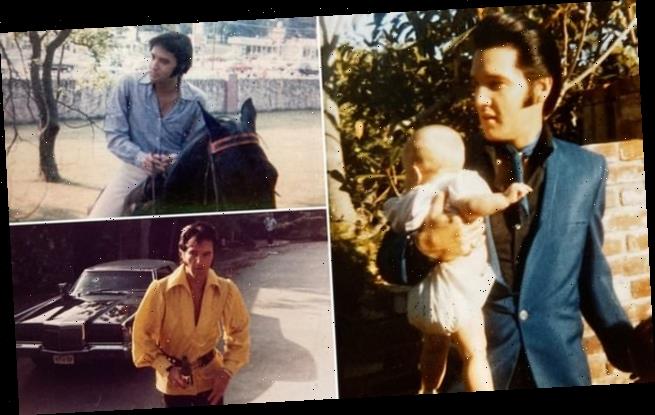 The King relaxing in his castle: Rare candid photographs showing Elvis Presley holding his baby daughter, riding a horse on his Memphis ranch and at home with a beer go up for auction

A candid photo of Elvis Presley holding his baby daughter is one of a collection of never-before-seen images of the King of rock ‘n’ roll to have been unearthed.

The eight pictures were taken in the late 1960s and early ’70s, and one show the music icon in a sharp blue suit clutching new-born Lisa Marie Presley in 1968.

Lisa Marie, the sole child of Elvis and his wife Priscilla, grew up at Graceland in Memphis and was only nine years old when her father died in 1977.

She has since gone on to have her own music career, releasing three studio albums.

Other photos are of Elvis Presley riding a horse at his ranch in Memphis, holding a bottle of beer while wearing a garish yellow shirt and being driven in a car in Las Vegas dressed in his famous white jumpsuit.

It is believed they were taken by an associate of Elvis who worked with him in the music industry. The photos were placed in a storage lockup for many years before being bought by a British collector. 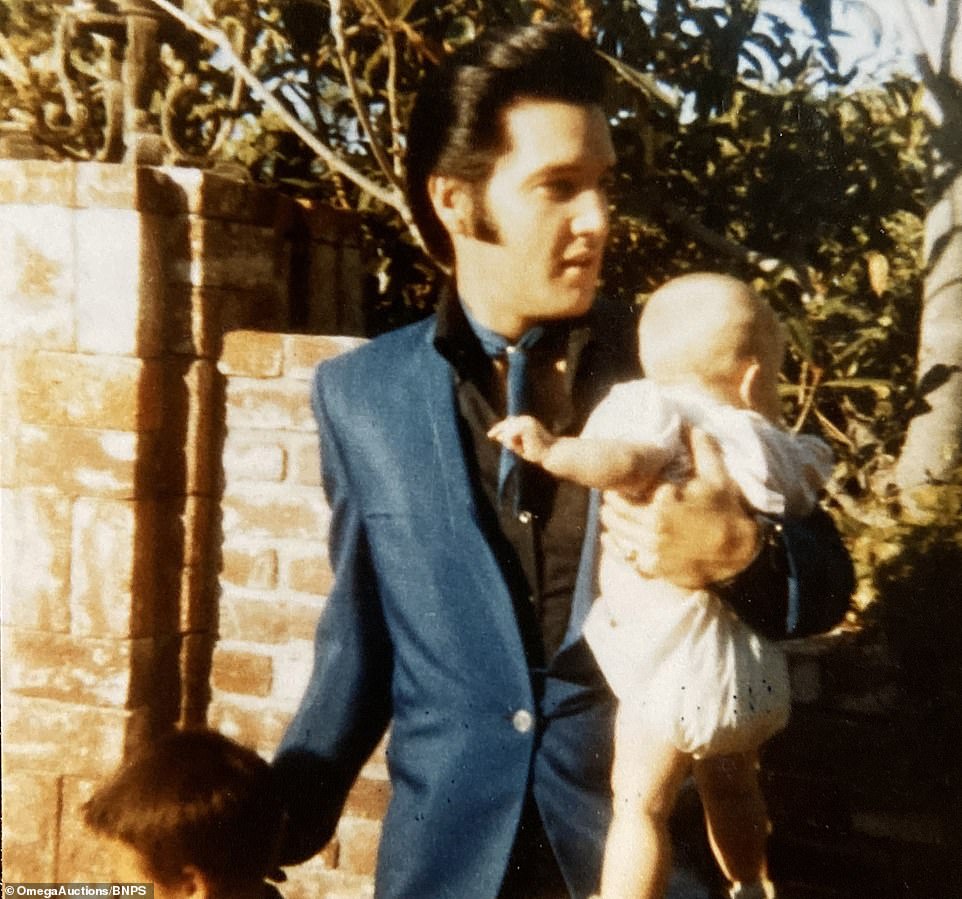 One of the unseen polaroid pictures going up for auction, with 2-8-68 handwritten on the rear, shows Elvis wearing a striking blue suit and holding a young Lisa Marie Presley, his only daughter who was born in February 1968 in Memphis, Tennessee 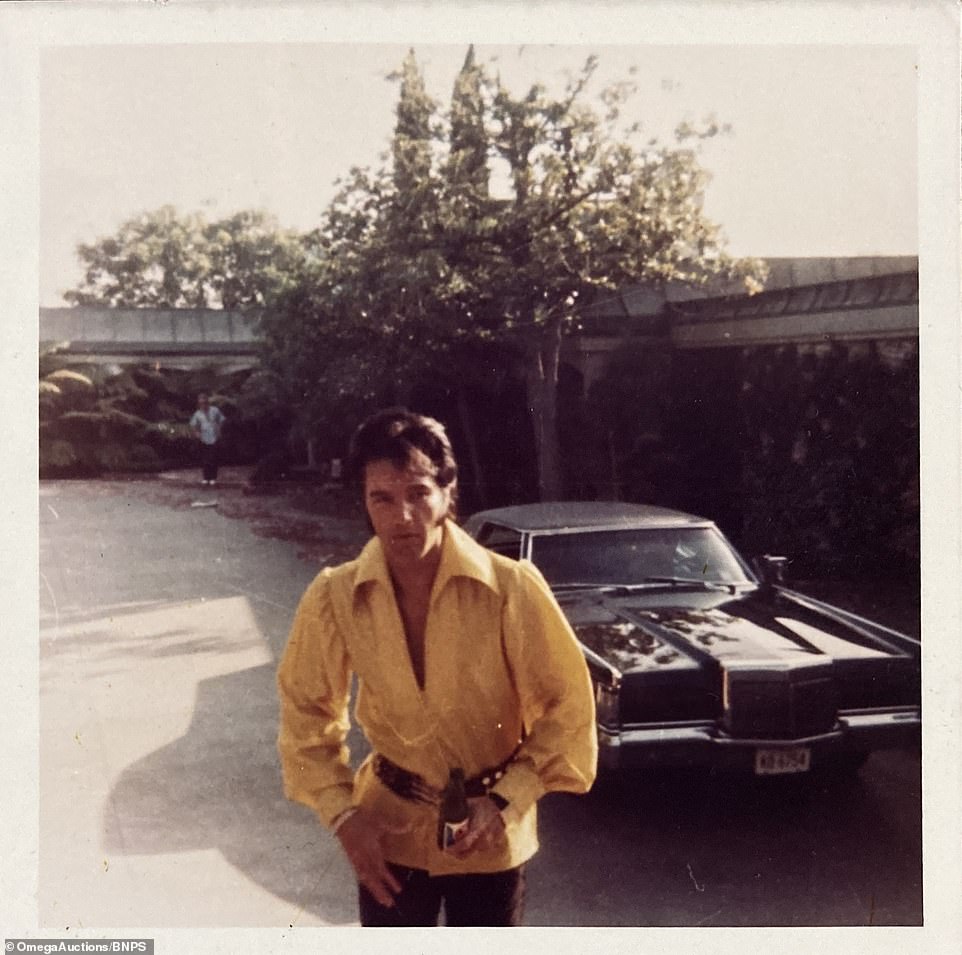 The series of photographs were taken in the late 1960s and early 1970s and include this shot of the singer in a garish yellow shirt casually holding a beer. The photos were in a storage lockup for many years before being bought by a British collector 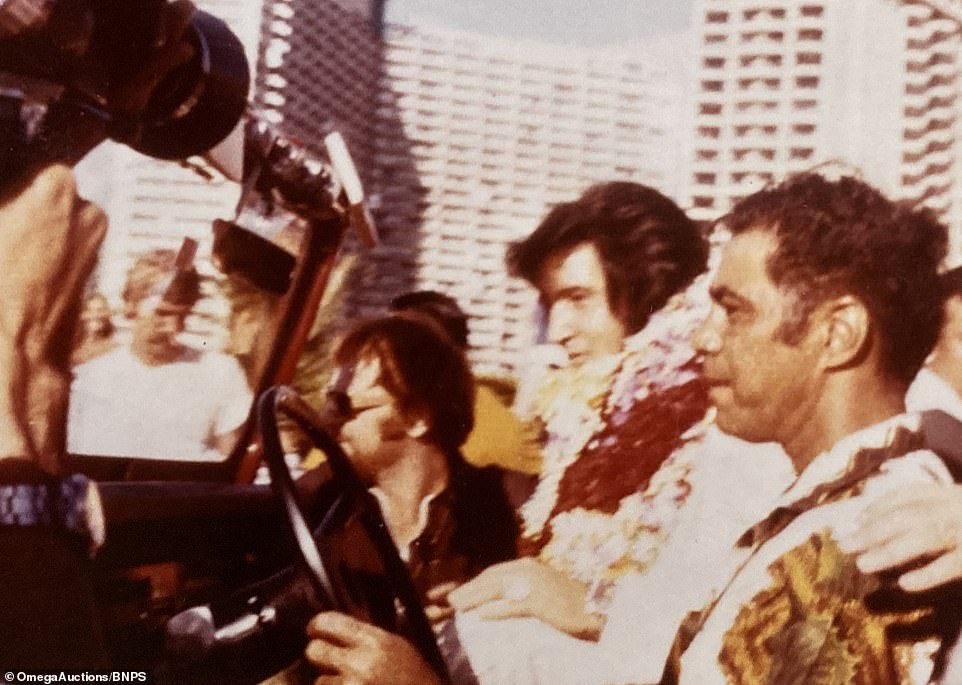 One of the unseen polaroid images shows Elvis Presley being driven through Las Vegas while wearing his infamous white jumpsuit, the image which really came to the fore in the 1970s and helped cement him as the King of Rock ‘n’ Roll 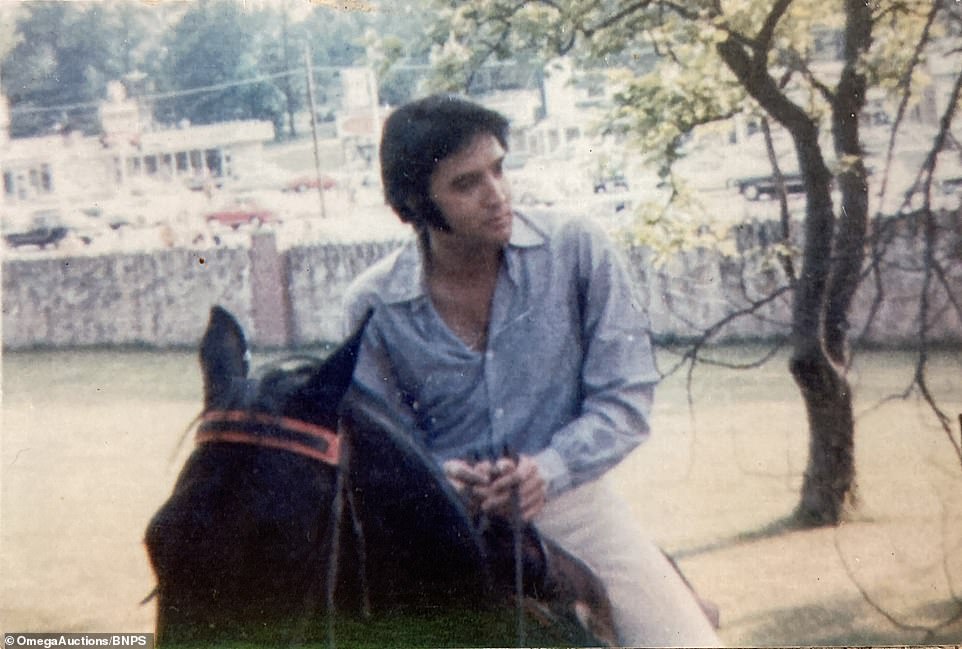 Now the unnamed collector has decided to sell them with Omega Auctions of Newton-le-Willows, Merseyside.

The collection is expected to fetch up to £600.

A spokesman for Omega said: ‘There are four polaroid photographs which, as per their nature, are unique so will all certainly be unseen and unpublished.

‘They came from a gentleman who bought the contents of a storage lockup. 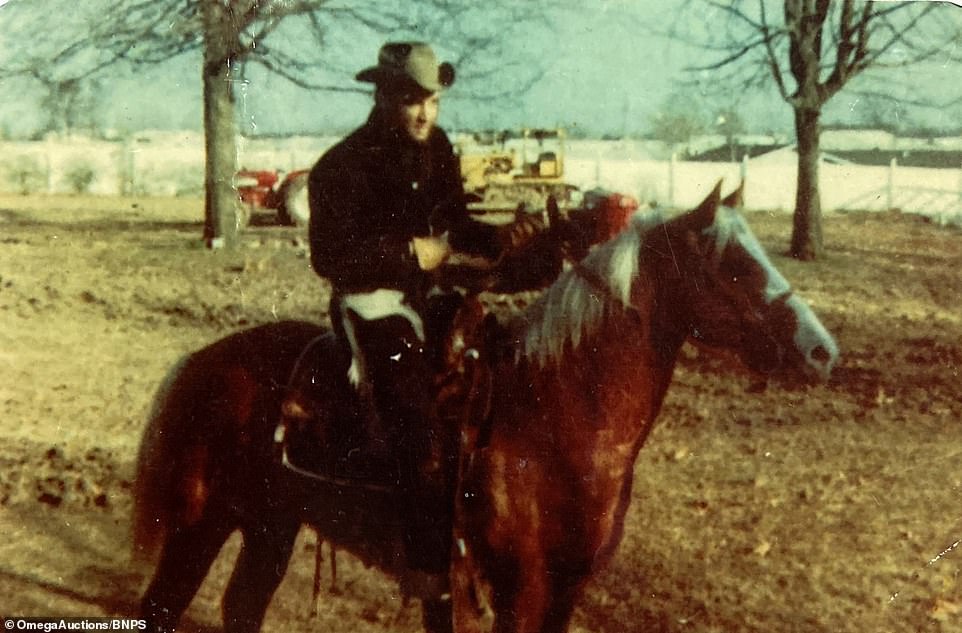 Elvis Presley, pictured in a black shirt and grey Stetson style hat while riding a horse on his ranch in Memphis, Tennessee 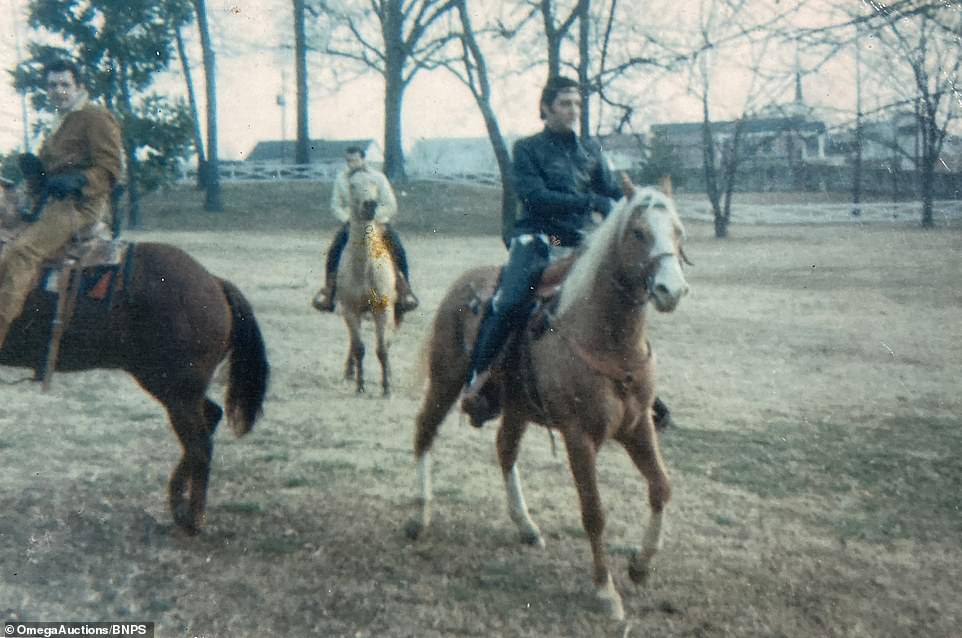 One of four pictures showing Elvis Presley (right) riding a horse with friends on his ranch in Memphis. The photo is part of a series of rare shots of the King of Rock ‘n’ Roll going up for auction this month that show a lesser-known side of the singer 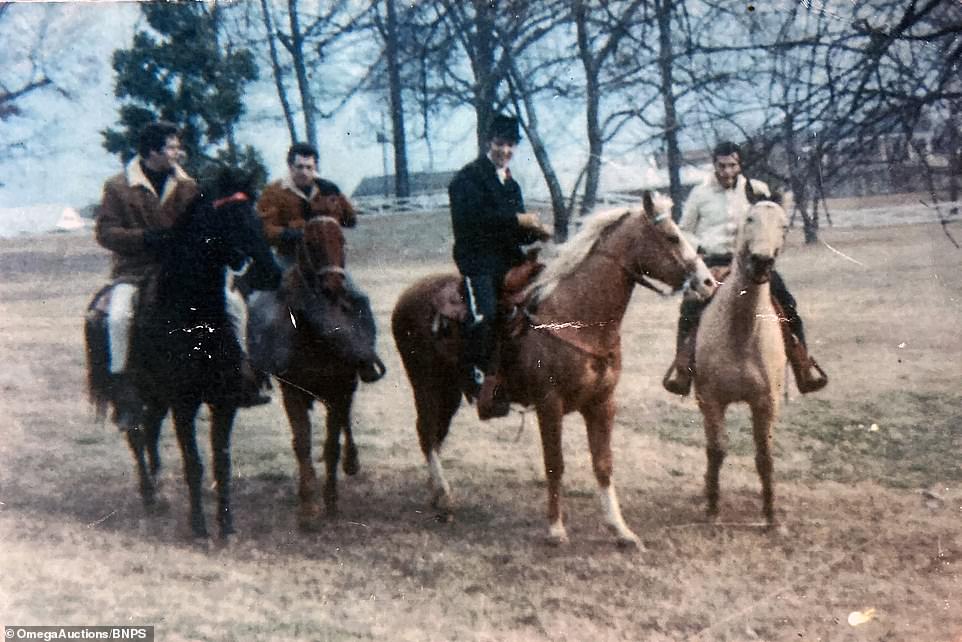 Elvis, centre right dressed all in black, looks happy to be out on a horse with friends at his ranch in Memphis. Elvis was known for riding his personal mount Rising Sun, a palomino horse which he bought after a long search in the late 1960s

‘In the lockup there were numerous others items of music related memorabilia that had clearly come from somebody that worked in the music industry during the seventies.

‘The chances are that whoever’s lockup it was may have taken these photos.

‘They are in excellent condition and there is always a big market for unique items of music memorabilia that people have not seen before.’

When the photographs were taken Elvis would have been aged in his early 30s.

The sale takes place on September 8.