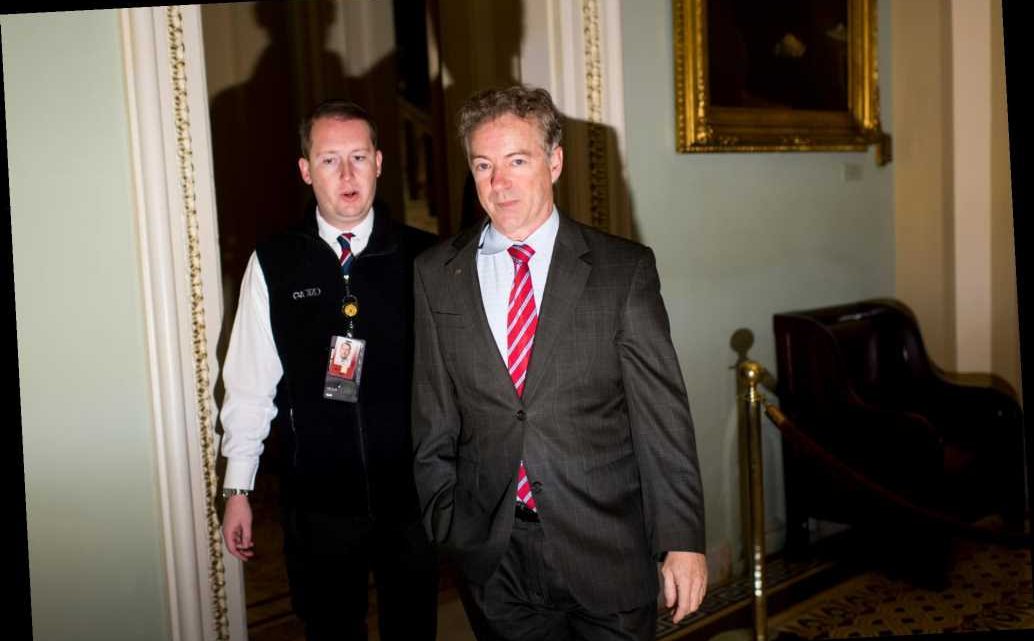 Sen. Rand Paul is poised to roil the Senate impeachment trial Thursday as he attempts again to publicly name the person who filed a whistleblower complaint against President Trump.

Chief Justice John Roberts, who is presiding over the trial, blocked Paul on Wednesday from offering a question containing the name of a CIA analyst who has been conjectured to be the whistleblower. Thursday is the final day of a question-and-answer period in Trump’s trial.

Paul was heard complaining on the Senate floor Wednesday night about Roberts’ edict after the chief justice reportedly told senators that he won’t read the man’s name.

The precise mechanism for Roberts vetting questions is unclear. Harvard Law School professor emeritus Alan Dershowitz, a member of Trump’s defense team who was sitting near Roberts when reports emerged of a blocked question, was perplexed about the possibility of question screening.

“I couldn’t imagine who would screen them,” Dershowitz told The Post. Questions are offered by senators and physically walked up to the chief justice before the inquiry is posed to either House Democrats or Trump’s defense team.

Paul told reporters late Wednesday that he is being blocked from asking a question on the origins of the impeachment inquiry and that “it’s still an ongoing process, it may happen tomorrow.” The whistleblower’s complaint about Trump pressuring Ukraine to investigate Democrats triggered the process that resulted in Trump’s impeachment.

In a late-night email, Paul spokesman Sergio Gor said he had nothing more to share, but to expect “more tomorrow.”

Trump has excoriated the whistleblower as biased against him and some Republicans say the man’s possible coordination with House Democrats and alleged work history with former Vice President Joe Biden, whom Trump asked Ukraine to investigate, are worthy of review.

It’s unclear why Roberts has declined to read the name in the context of a submitted question. Trump and House Intelligence Committee Republicans have conceded they don’t know for certain the person’s identity and a man in his early 30s identified by some news outlets has not publicly commented on the allegation.