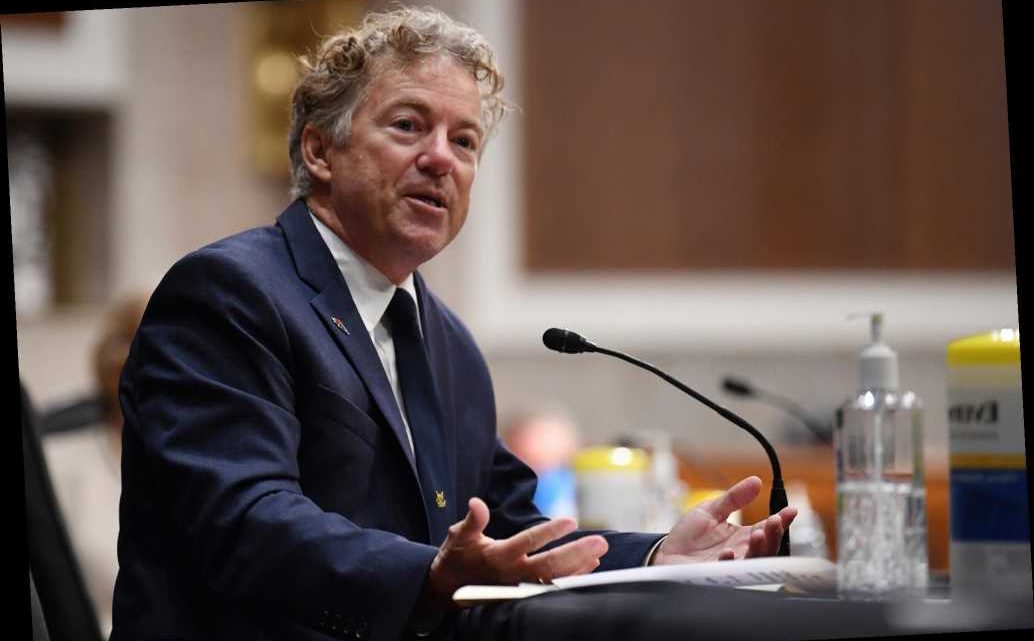 Kentucky Sen. Rand Paul on Tuesday ripped into Dr. Anthony Fauci and what he called government “central planners” during a hearing on COVID-19 response, asserting that Americans should not be “sheep” — and that US schools should reopen.

“It is a fatal conceit to believe any one person or small group of people has the knowledge necessary to direct an economy or dictate public health behavior. I think government experts need to show caution in their prognostications,” Paul, a Republican and libertarian, told the Senate Health, Education, Labor and Pensions Committee hearing featuring the Trump administration’s top coronavirus experts.

“It’s important to realize that if society meekly submits to an expert and that expert is wrong, a great deal of harm may occur when we allow one man’s policy or one group of small men and women to be foisted on an entire nation,” Paul continued.

“Take for example government experts who continue to call for schools and day care to stay closed or that recommend restrictions that make it impossible for a school to function. There are examples from all across the United States and around the world that show that young children rarely spread the virus,” he asserted, pointing to countries that have reopened, including Denmark, France and Germany.

“No spike when schools are opened. Central planners have enough knowledge somehow to tell a nation of some 330 million people what they can and can’t do,” he said.

“We shouldn’t presume that a group of experts somehow knows what’s best for everyone. Only decentralized power and decision-making based on millions of individualized situations can arrive at what risk and behaviors each individual will choose. That’s what America was founded on, not a herd with Washington telling us what to do and like sheep we blindly follow.”

He then slammed Dr. Anthony Fauci, accusing the director of the National Institute for Allergy and Infectious Diseases and White House task force member of being a know-it-all.

“Dr. Fauci, every day we seem to hear from you things we can’t do. But when you’re asked, can we go back to school? I don’t hear much certitude at all. Well, maybe. It depends. Guess what? It’s rare for kids to transmit this. I don’t hear that coming from you. All I hear is, ‘We can’t do this, we can’t do that, we can’t play baseball,’” Paul said.

Fauci jokingly asked Sen. Lamar Alexander, the committee’s chair, if he could have a little extra time to respond to Paul.

“Sen. Paul, I agree with so much of what you say, people putting opinions out without data. Sometimes you have to make extrapolations because you’re in a position where you need to give some sort of recommendation,” Fauci said.

“If you were listening — and I think you were — to my opening statement and my response to one of the questions, I feel very strongly we need to do whatever we can to get the children back to school. I think we’re in lock agreement with that,” Fauci continued.

“The other thing I’d like to clarify very briefly. I never said we can’t play a certain sport. What happens is the people in the sports industry … from the [MLB] Players Association, owners, people involved in the health of the players ask me opinions regarding certain facts about the spread of the virus. I give it, and then it gets interpreted that I’m saying you can’t play this sport or you can’t play that sport,” he said.

“The only thing I can do is to the best of my ability give you the facts and evidence associated with what I know about this outbreak.”

More than 125,000 Americans have died to date from the virus.