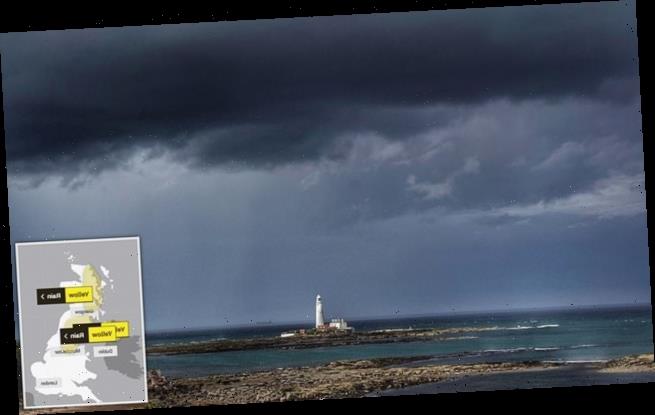 Heatwave is DEFINITELY over: Britain will be hit by torrential downpours today with floods on way and nearly five inches of rain set to fall in some areas amid 50mph winds

Britain’s heatwave has come to an abrupt end this weekend, with weather warnings for torrential downpours and heavy winds set to hit parts of the country today and tomorrow.

The Met Office has issued yellow weather warnings for rain today from 6am until 3pm in parts of Northern Ireland, Scotland and in the North of England.

Winds of up to 50mph are expected in some places, while London will see temperatures reach around 71F – compared to Friday when the mercury hit 92F.

Rain is expected across central and North West Britain, particularly heavy over hilly areas today. Elsewhere the Met Office is predicting sunny spells and scattered showers, which the possibility of thunderstorms in Northern Scotland.

Weather will be windy in the South going in to tonight, with breezy and bright spells arriving tomorrow along with cooler temperatures. 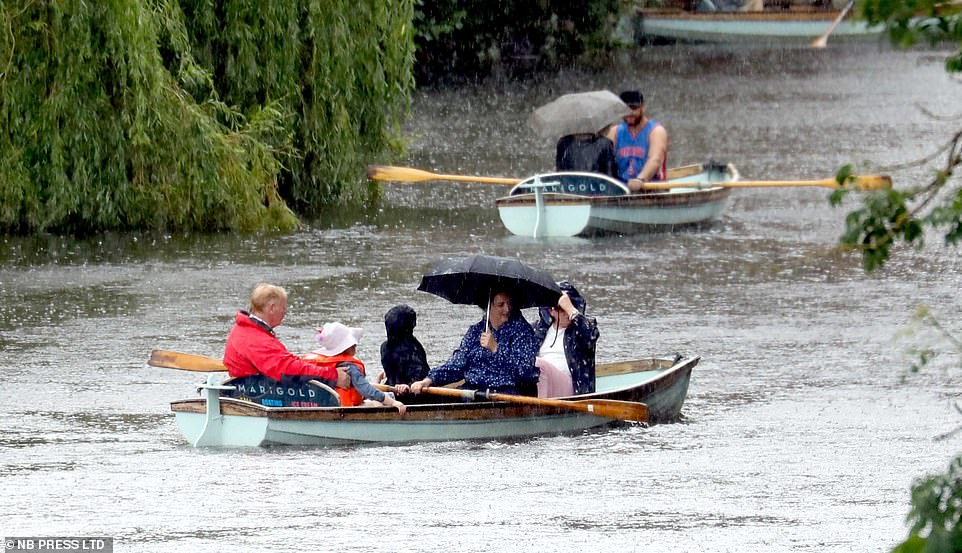 A group of brave boaters decided to row on the River Nidd in Knareborough, North Yorkshire, as rain poured on Saturday 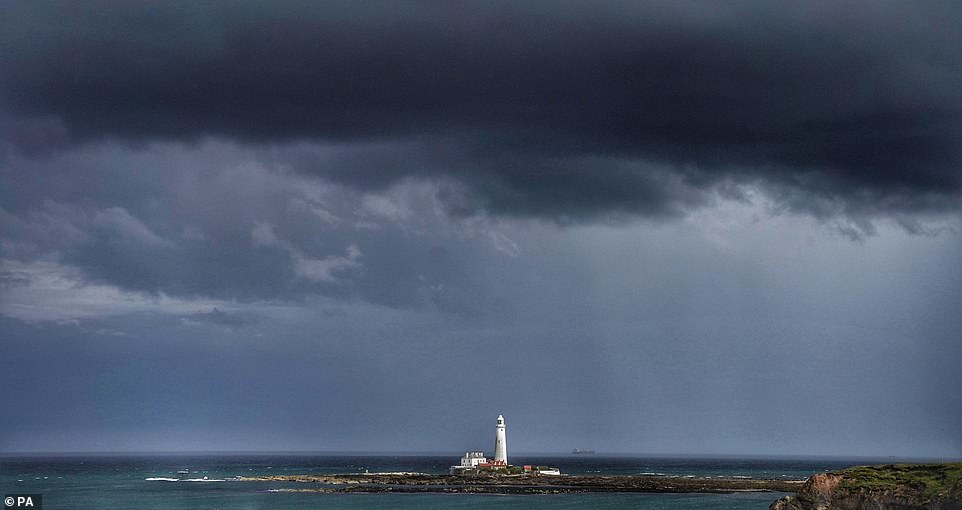 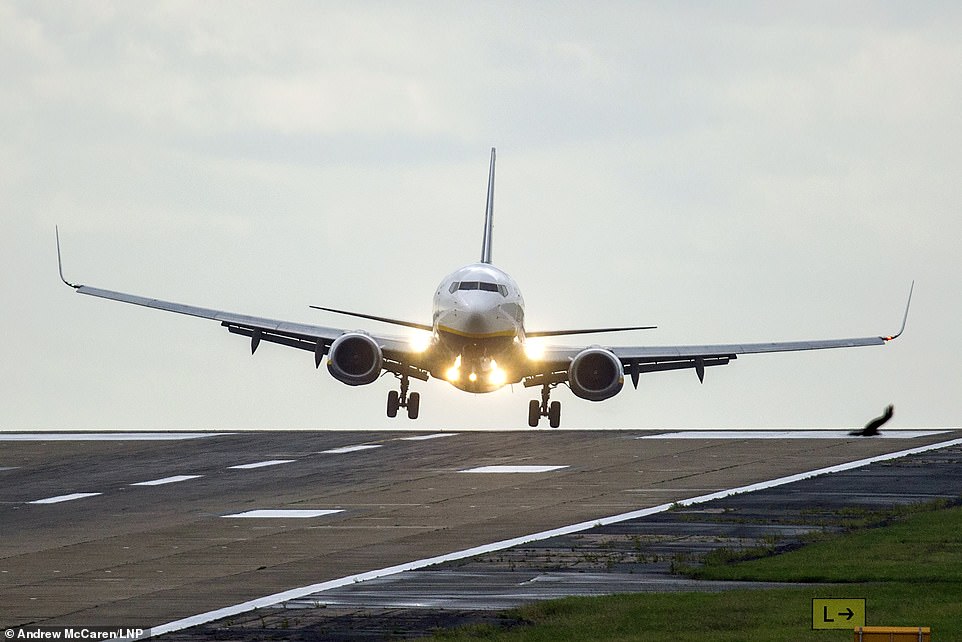 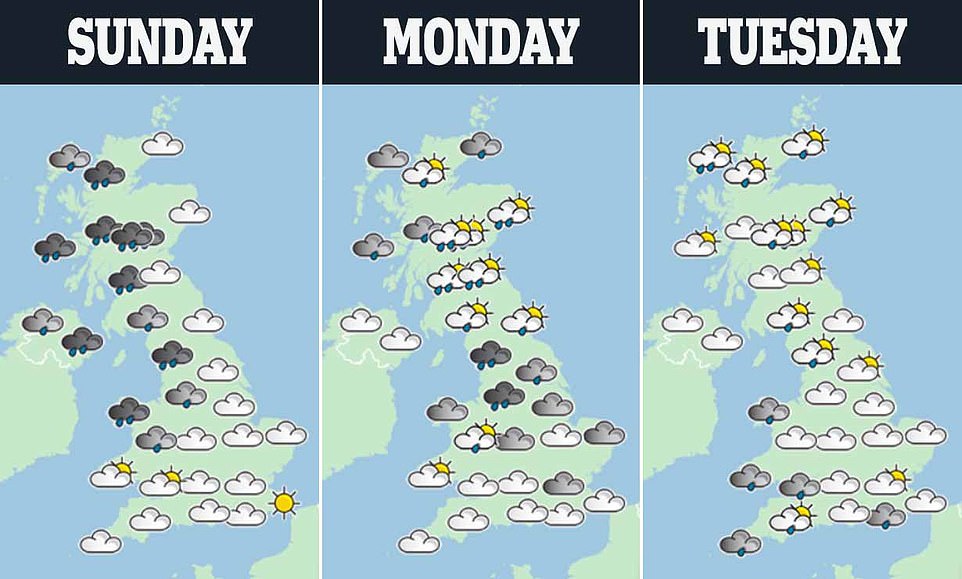 Met Office forecaster Craig Snell said: ‘On the whole, certainly much more unsettled and cooler than what a lot of the UK experienced a couple of days ago.

‘The wettest and the windiest weather will be across the northern half of the UK.’

He said the areas that weather warnings have been issued for can expect some ‘very wet weather’.

A total of 40mm to 50mm of rain is likely to fall quite widely, and a few places may see 90mm to 120mm, with the largest totals most likely across higher parts of Cumbria and Lancashire.

The Met Office is warning that the heavy persistent rain may lead to some disruption.

Weather warnings are only in place for today and Monday, but the miserable weather is expected to continue well into next week.

By Wednesday the Met Office is predicting rain or showers ‘for most, though not as heavy or as widespread as preceding days’. The weather will turn drier for most of the country by Thursday, with warmer temperatures in the South.

Earlier this week Met Office Meteorologist Matthew Box said: ‘We have had some very warm temperatures recently. Yesterday we had highs of 31.2C (88.16F) in Kew Gardens.

‘What we have at the moment is low pressure across the UK in the coming days which will introduce some cooler air and some wet and windy weather.

‘Showers will be seen across parts as well as longer spells of rain.’

Temperatures soared to 92F on Friday, marking the hottest day of the year so far, bringing out swathes of eager revellers to the great outdoors.

But they were in for a shock later that evening as Britain was struck by dramatic thunderstorms overnight with yellow weather warnings issued across vast areas of northern England, Scotland and Northern Ireland.

Predicted downpours follow a scorching week that saw Brits flock to beaches in their thousands. 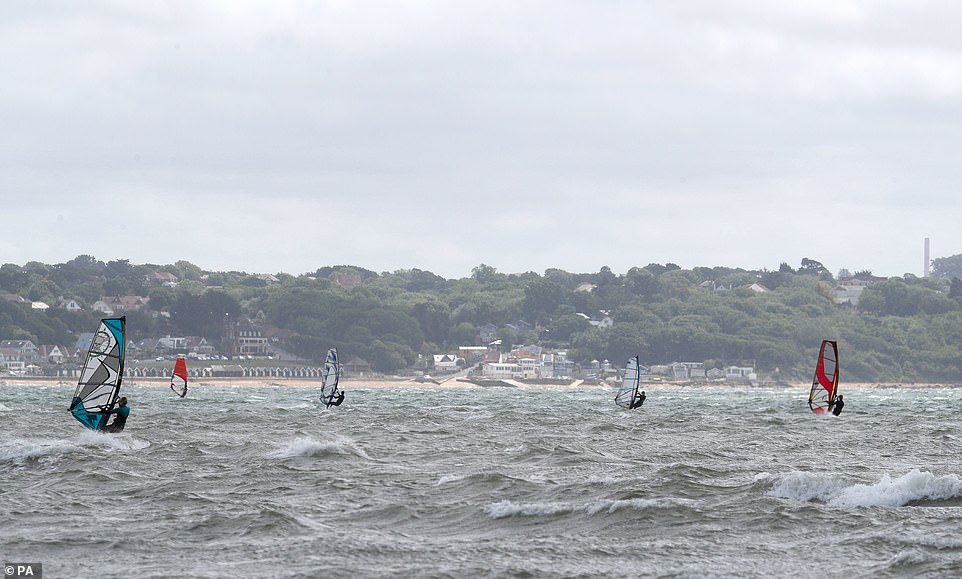 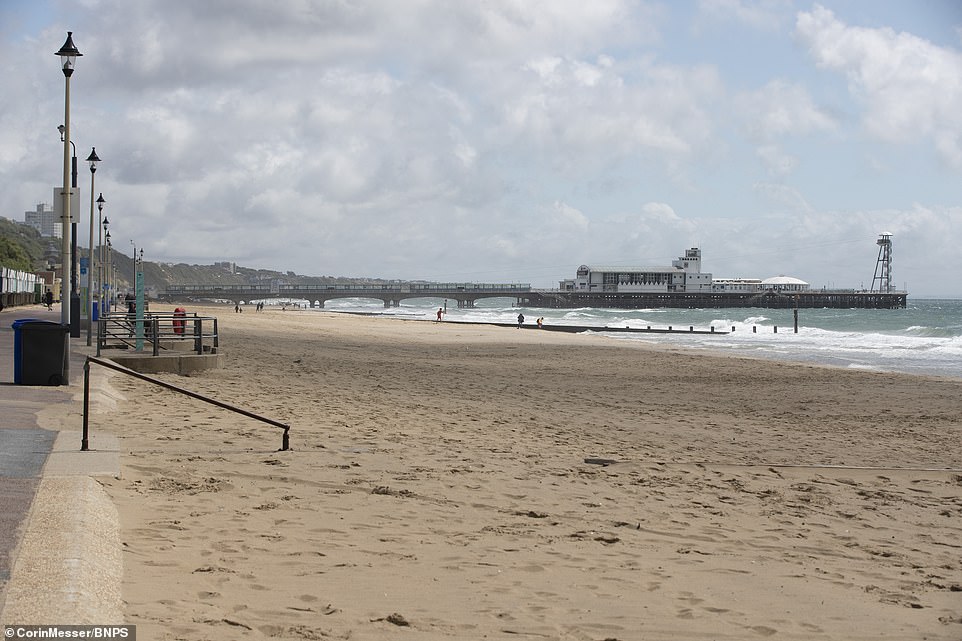 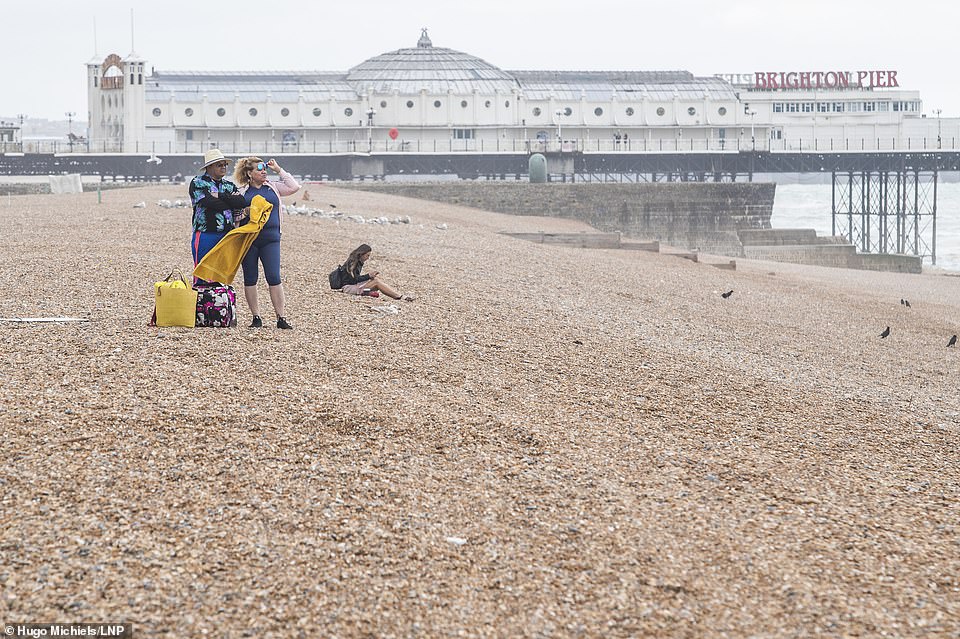 Brighton was left almost empty on Saturday as the worsening weather forced most people inside. Rain is set to continue for much of this weekend and into next week 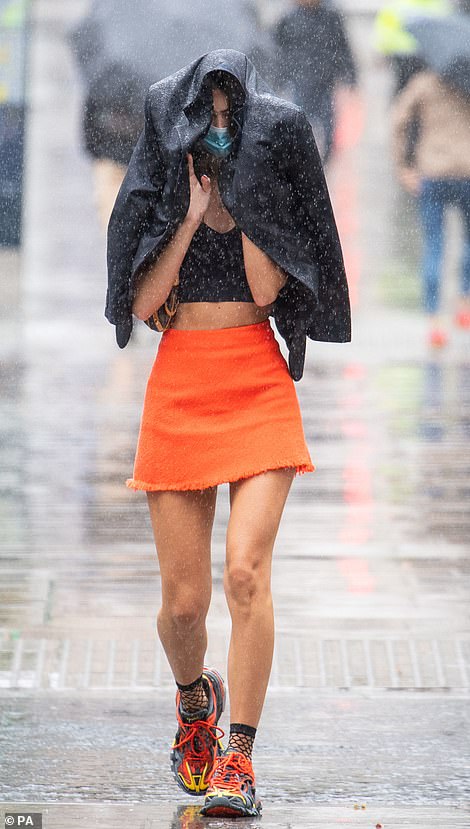 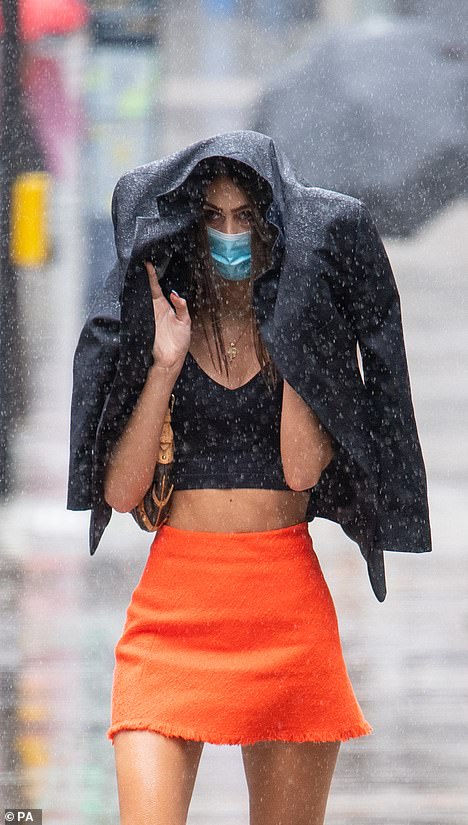 The worst of the weather hit parts of the country yesterday as a rain-soaked woman on Oxford Street, London, tries to escape the downpour

A major incident was declared in the town on Thursday as 500,000 visitors overwhelmed Dorset, with the authorities activating an ’emergency response’ after they clogged up roads and dumped tons of litter.

Coastal beauty spots around the country also saw drunken fights amid blatant flouting of two-metre social distancing rules by crowds of young revellers despite Britain still being in lockdown to fight the spread of Covid-19.

Speaking yesterday to Sky News, two women from Bournemouth said they, and their friends, were trying to be careful and maintain a safe distance but struggled because ‘no one else seems to care’.

The locals said they go to the beach all the time but described the scene as ‘a bit mad’ as hundreds of people turned up to the coast.

Another woman said she did not believe social distancing was taking place on the beach and two others said they would not ‘come back any time soon’ because it was so busy.