Police have released dramatic CCTV of the moment a gang of audacious burglars broke into a historic estate before stealing a diamond-encrusted tiara worth millions.

Officers were called after the thieves entered the The Welbeck Estate in Sherwood Forest, Worksop, Nottinghamshire between 9.45pm and 10pm on November 20.

During the daring heist, the offenders fled with The Portland Tiara, a ‘national treasure’ that was commissioned for King Edward VII’s coronation. 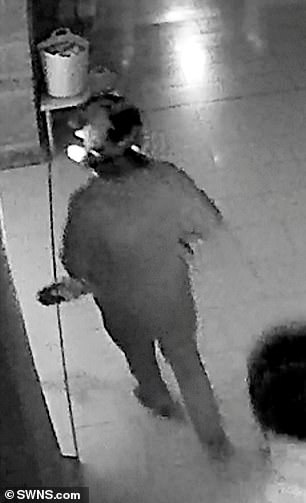 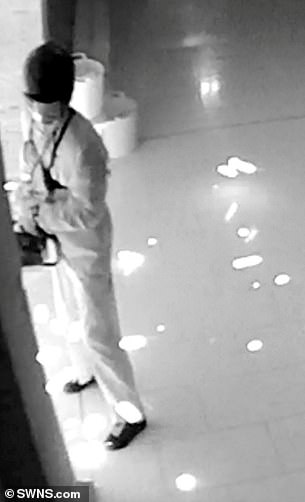 This is the dramatic moment thieves wearing boiler suits broke into The Welbeck Estate in Sherwood Forest, Worksop, Nottinghamshire and cut their way into a room containing a priceless collection of jewellery 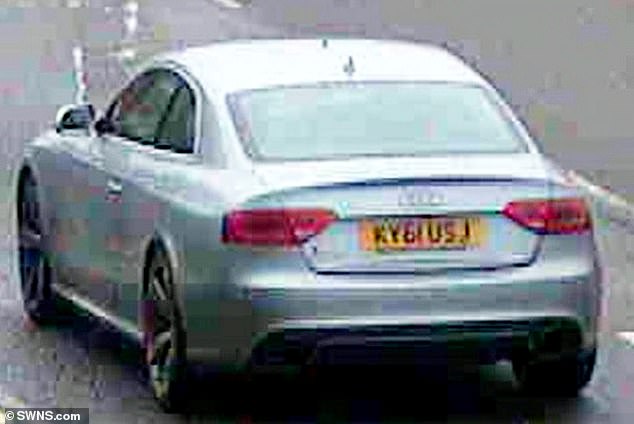 Sparks can be seen flying as they cut their way into the premises before fleeing the scene in a silver Audi RS5 Quattro having also snatched a diamond brooch.

Nottinghamshire Police today released the footage and an image of the car, with the registration KY61 USJ, in a bid to track down the suspects.

‘The suspects were wearing white suits and motorcycle helmets but we’re still hoping someone may know who they are and we’re urging anyone with any information to get in touch with us. 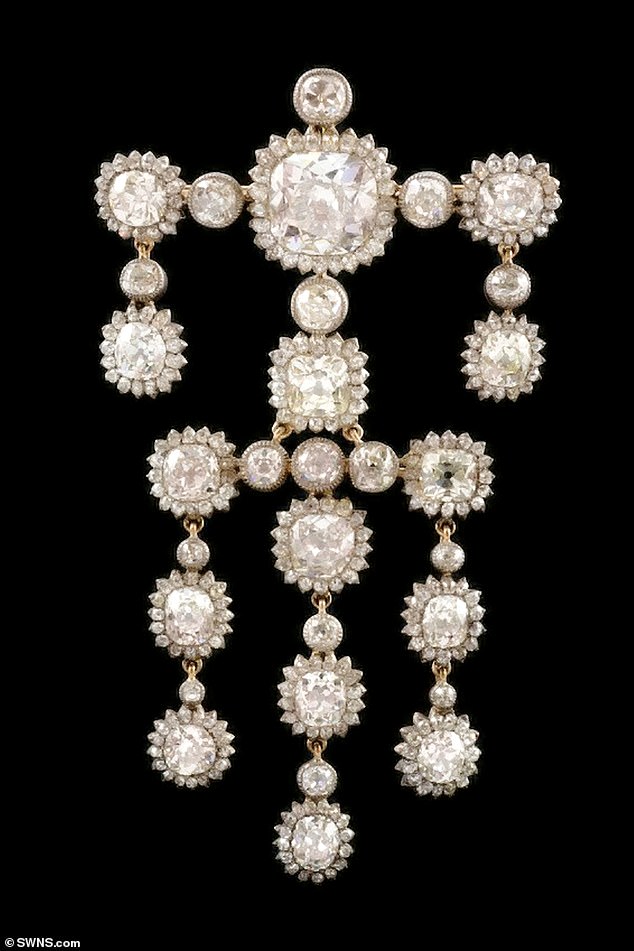 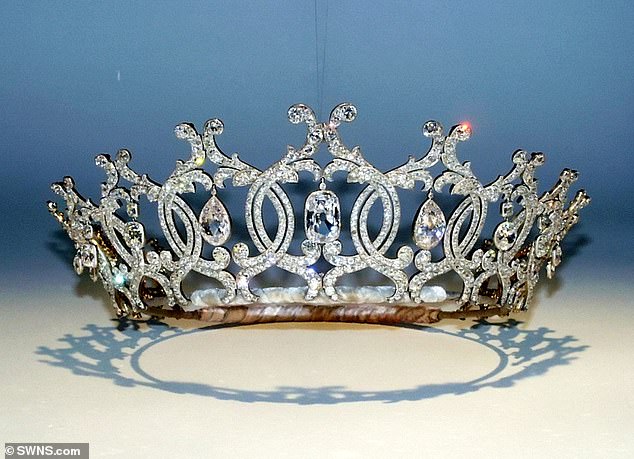 The Portland tiara, pictured, was also taken in the raid. It is considered one of the ‘great historic tiaras of Great Britain’

‘We’re also urging anyone who has any information about the silver Audi RS5 to contact us.

‘Did you see this car in the area around the time of the burglary or have dash-cam footage of it? Did you see anyone in the car?

‘We’re keen to trace this vehicle’s movements preceding the burglary so again we’re appealing to anyone who saw it or who has any information to get in touch with us as soon as possible.

‘If anyone has information about people hiring or sourcing such equipment then we’d urge them to get in touch.’

The Portland tiara is considered one of the ‘great historic tiaras of Great Britain’ after the Duke of Portland commissioned jewellers Cartier to make it in 1902.

Richard Edgcumbe, Curator of Jewellery at the Victoria and Albert Museum in London, said: ‘The Portland Tiara is one of the great historic tiaras of Great Britain. 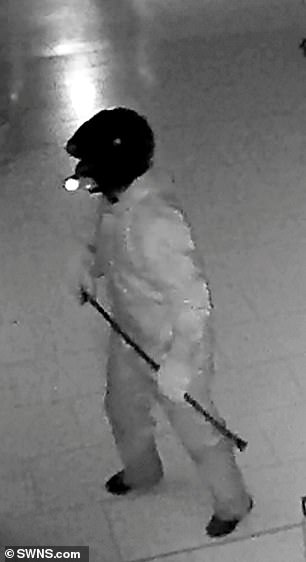 The raiders used specialised equipment to break into the collection

‘Since its creation by Cartier in 1902, using diamonds from the historic collections of the Dukes of Portland, it has been recognised as a jewel of supreme importance, a superb design magnificently executed.’

The 6th Duke of Portland commissioned Cartier to create the Portland Tiara for his wife, Winifred, Duchess of Portland.

She wore it to the 1902 coronation of King Edward VII. The Duchess was one of four pall-bearers at Queen Alexandra’s anointing.

The centre-piece of the tiara is the Portland Diamond, which dates from the 19th century.

It is flanked by two diamond drops and other pendant diamonds, all set in gold and silver.

The brooch is composed of diamond clusters that previously stood at the apex of the tiara.

These gems can be seen on the tiara in a painting of Duchess Winifred at the anointing of Queen Alexandra.

James Lewis, of Bamfords auctioneers in Derby, said previously: ‘It could be worth millions – but it is such a well-known piece it can’t come up for public sale.

‘The most horrendous thought is it could be something called a “breaker”, where the diamonds are taken out and sold individually.’