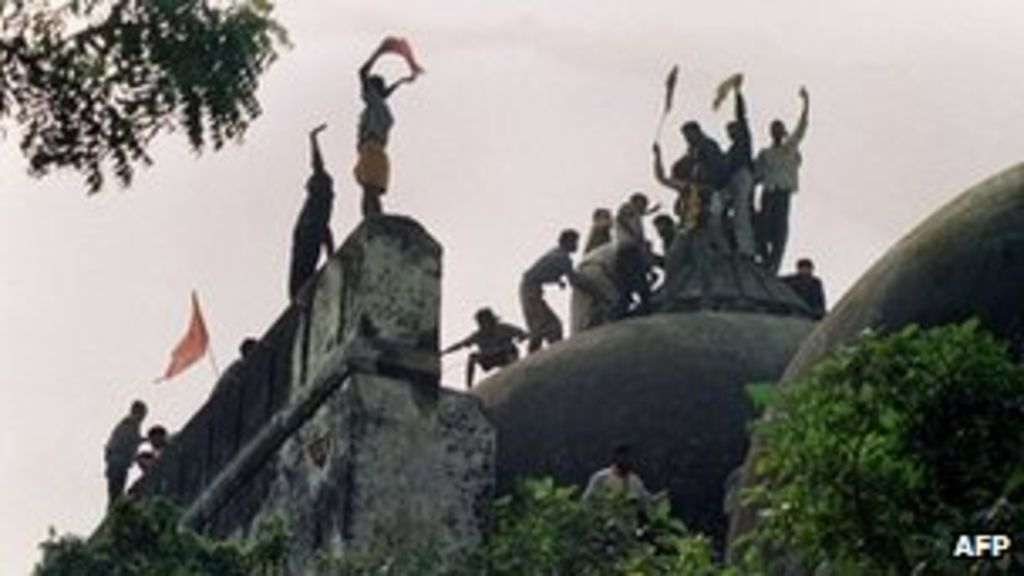 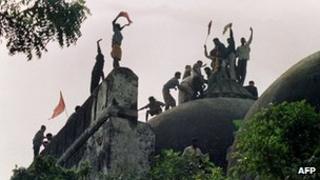 BBC News examines key questions surrounding the bitter dispute over the flashpoint religious site at Ayodhya in northern India – in 1992 it prompted some of the country’s worst religious violence since partition.

What is the row about?

Hindus and Muslims have been at loggerheads for more than a century over the Babri mosque in Ayodhya, in the northern state of Uttar Pradesh.

Hindus claim the mosque was the birthplace of one of their most revered deities, Lord Ram, and that it was built after the destruction of a Hindu temple by a Muslim invader in the 16th Century.

Muslims say they offered prayers at the mosque until December 1949, when some people placed the idols of Ram under the cover of darkness in the mosque. The worship of the idols began soon after.

Over the next four decades, Hindu and Muslim groups went to court over the control of the site and the right to offer prayers there.

The dispute erupted in 1992 when a Hindu mob destroyed the mosque, and nearly 2,000 people were killed in subsequent religious riots across the country.

What do the courts say about the row?

Allahabad High Court’s ruling in September 2010 addressed three questions. It said that the disputed spot was Ram’s birthplace, that the mosque was built after the demolition of a temple and that it was not built in accordance with the tenets of Islam.

Following the decision, Hindus hope to see a temple built on the site, while Muslims are still demanding the reconstruction of the mosque.

In 2011 the Supreme Court suspended the ruling after Hindu and Muslim groups appealed against the 2010 verdict.

The case has already languished in India’s famously sluggish legal system for so long that most of the original petitioners have died.

Who was awarded what?

The court ruled in an 8,500-page judgement that two-thirds of the disputed site should be allocated to Hindu groups, with the remainder to Muslims.

For the first time in a judicial ruling, it said that the disputed site was the birthplace of the Hindu god.

The court ordered that the current arrangement at Ayodhya – which is currently the site of a makeshift Hindu temple – should be “maintained as the status quo” for three months to allow time for any appeals against the judgement.

How did the judges rule on the conflicting claims?

The court ruled that the disputed site is the birth place of Lord Ram, who is “both a juristic person and a deity”.

The two Hindu judges on the three-judge panel said that the building constructed by the founder of the Mughal dynasty in India, Babur, was not a mosque because it was built “against the tenets of Islam” on the site of a demolished Hindu temple.

However the Muslim judge in the case dissented from this view, arguing that no temple had been destroyed and that the mosque was built on ruins.

The two Hindu judges also agreed that the Ayodhya site was found by the Archaeological Survey of India originally to have been “a massive Hindu religious structure” and that Hindus had been worshipping there as a “sacred place of pilgrimage… since time immemorial”.

It also ruled that Hindu idols were placed in the disputed structure in 1949 – a point which Muslims argue is important because that act, they say, triggered much of the tension over Ayodhya that remains today.

When did Hindu-Muslim tensions last escalate?

More than 50 people died in February 2002 when a train carrying Hindu activists returning to Gujarat from Ayodhya was set alight, allegedly by a Muslim mob.

At least 1,000 people – mainly Muslims – died in the violence in the state that erupted afterwards. Other estimates say the death toll was at least double that.

Have religious tensions eased in India in recent years?

Yes. It is now not as easy to mobilise young people under the banner of religion as it was in the early 1990s.

India’s economic boom has changed priorities, and development is now the key issue. Correspondents say in recent years Hindu extremists have failed to win the supporters that many feared they would in 1992.

Katharine McPhee Steps Out Looking Chic After Dinner at Craig’s!