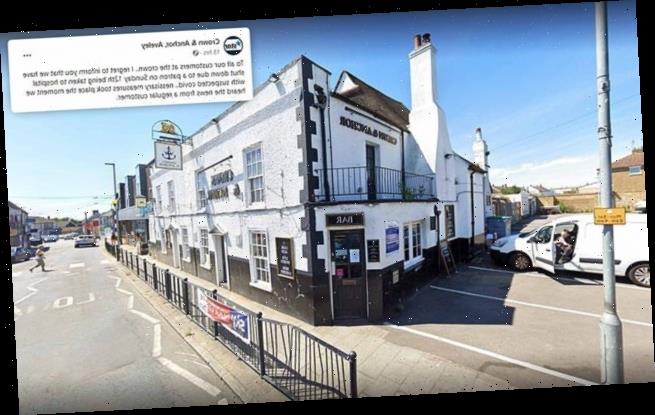 Pub shuts down after customer tests positive for coronavirus

An Essex pub has become the latest to shut down for a deep clean after a customer tested positive for coronavirus.

The Crown & Anchor in Aveley has been forced to close its doors for 72 hours.

It comes after several pubs and restaurants were forced to close last week after customers later tested positive for coronavirus.

A Facebook post explained a man carrying the virus had visited the Crown & Anchor over the weekend.

It said: ‘I regret to inform you that we have shut down due to a patron on Sunday 12th being taken to hospital with suspected Covid. 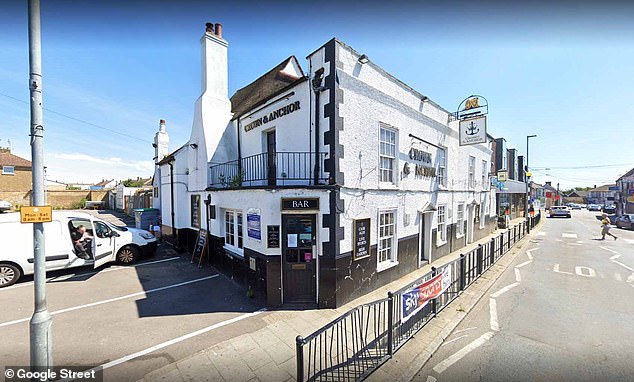 The Crown & Anchor in Aveley, Essex has been forced to close its doors for 72 hours after a customer tested positive for coronavirus

‘Necessary measures took place the moment we heard the news from a regular customer.

‘Our doors were shut, our staff were informed and all necessary calls were made to the top boys on advice as what to next, we acted quickly without evidence but were not willing to take any risks.

‘Without confirmation this gentleman had COVID I would not want to alarm anyone but I can now confirm he has been tested positive and the council have been in touch with my area manager at Heineken and Star Bars to shut down for 72 hours and undergo a deep clean.

‘We are very sad to share this news and I am personally contacting all patrons that were here on Sunday and quite possibly they will be contacted by some form of authority also.’

Last week, a single super-spreader forced a pub, a vape bar and an Indian restaurant to close after he went out drinking before later discovering he had tested positive for Covid-19.

The mystery drinker visited The Lighthouse Inn in Burnham-on-Sea, Somerset, before heading to Vape Escape during his bar crawl on Saturday, locals have claimed.

A driver from takeaway Saagar Indian had also been in the same pub as the man who has been praised for doing ‘the right thing’ by telling the businesses he visited about his result. 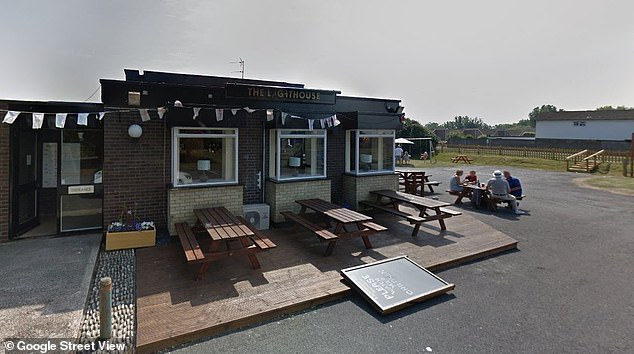 The mystery drinker visited The Lighthouse Inn (pictured) in Burnham-on-Sea, Somerset before heading to Vape Escape during his bar crawl, locals have claimed 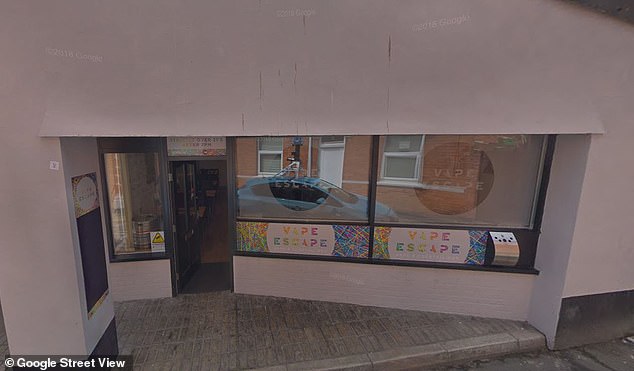 Vape Escape was also visited by the man, but they have already being able to reopen thanks to negative test results and a thorough ‘deep clean’ 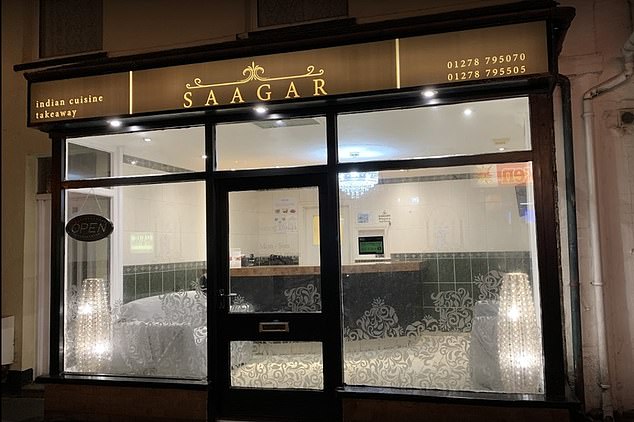 A driver from takeaway Saagar Indian had also been in the same pub as the man, who later tested positive for the coronavirus. It has closed ‘temporarily’

The three venues were forced to close out of precaution, clean and disinfect the premises, and have all their staff tested.

The Lighthouse Inn’s pub landlady Jess Green said the experience had been ‘stressful’.

Durham Constabulary temporarily closed the Number One Bar in Darlington when officers decided staff were not in control of how customers were behaving.

Ms Green shut the pub and rang at least 90 people who had left their contact details when they had visited on Saturday. 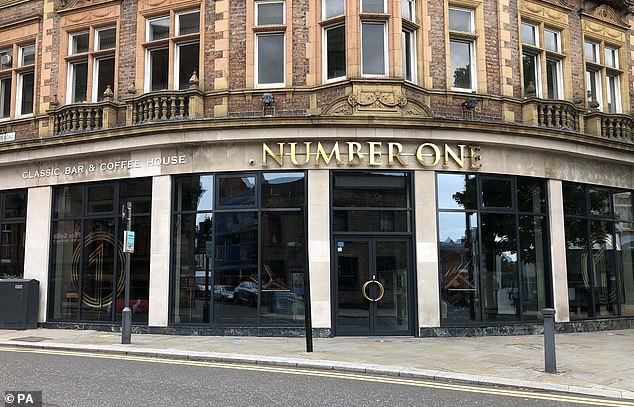 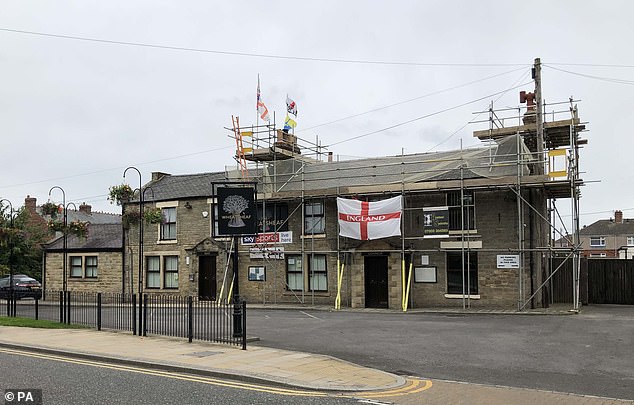 She told BBC Radio 4’s World At One programme: ‘The main thing that was going through our heads was we had to make sure everyone was safe, that we contacted everyone of our customers.

‘Our (list) was about 90 and there were actually more but if they were in a social bubble or a household, we took the main person and they spoke to the people they were with, so it could have been more than that.’

When asked what the experience was like, she said: ‘Stressful – that’s probably the only word I can use.’

A closure notice at the Number One Bar in Darlington said: ‘When officers arrived at the premises the music was too loud and there was no social distancing taking place. 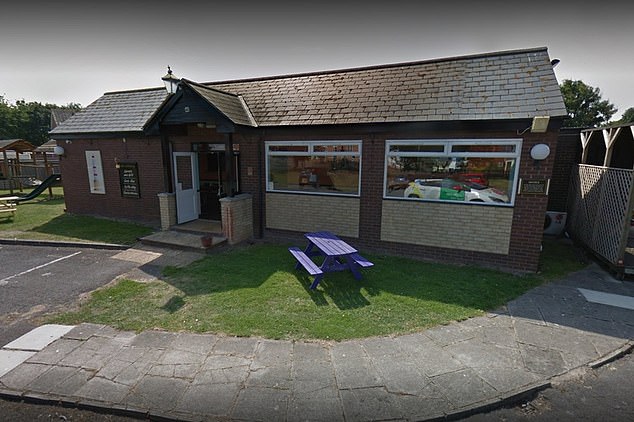 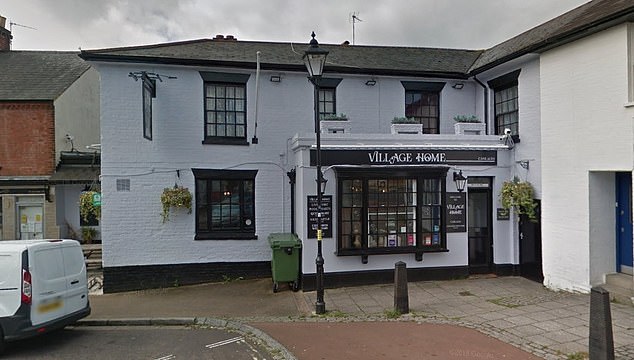 The Village Home in Alverstoke, Hampshire was forced to close after a customer tested positive for coronavirus 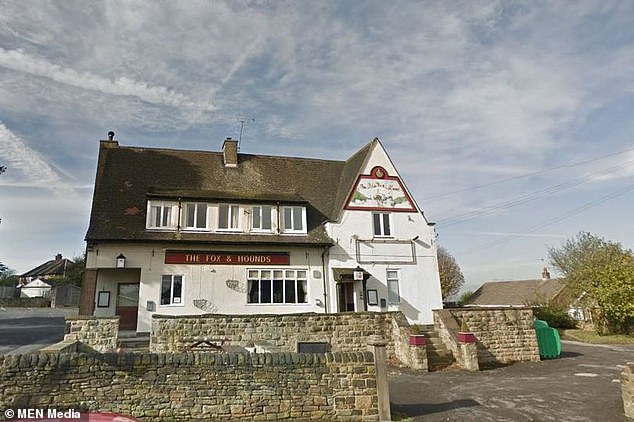 The Fox and Hounds, in Batley, Yorkshire, wrote: ‘This morning I got a phone call off a customer which visited our pub on Saturday to say they’d tested positive for coronavirus’

‘Customers were stood up at the bar, when staff were spoken to by officers, the staff stated that customers would not listen to their instructions and effectively could not control what was taking place in the premises.

‘The bar owner was intoxicated and argumentative. He did not seem aware of the guidelines and was certainly not adhering to them.’

Three pubs in West Yorkshire, Hampshire and Somerset were all forced to close after drinkers tested positive for coronavirus.

The Fox & Hounds, in Batley, West Yorkshire and The Village Home in Alverstoke, Hampshire were also among the first pubs in England to close following the easing of lockdown restrictions.

The Fox and Hounds wrote on Facebook: ‘I got a phone call off a customer which visited our pub on Saturday to say they’d tested positive for coronavirus.

‘On their visit they was unaware and had no symptoms but after seeing a post off another place they’d visited thought it was best to take a test to which come back positive. Due to privacy reason we won’t be naming this person.’

In a statement posted online, the Village Home said: ‘Anyone who was in the pub over the weekend there is no need to isolate unless you show symptoms or are contacted direct by the trace group.’