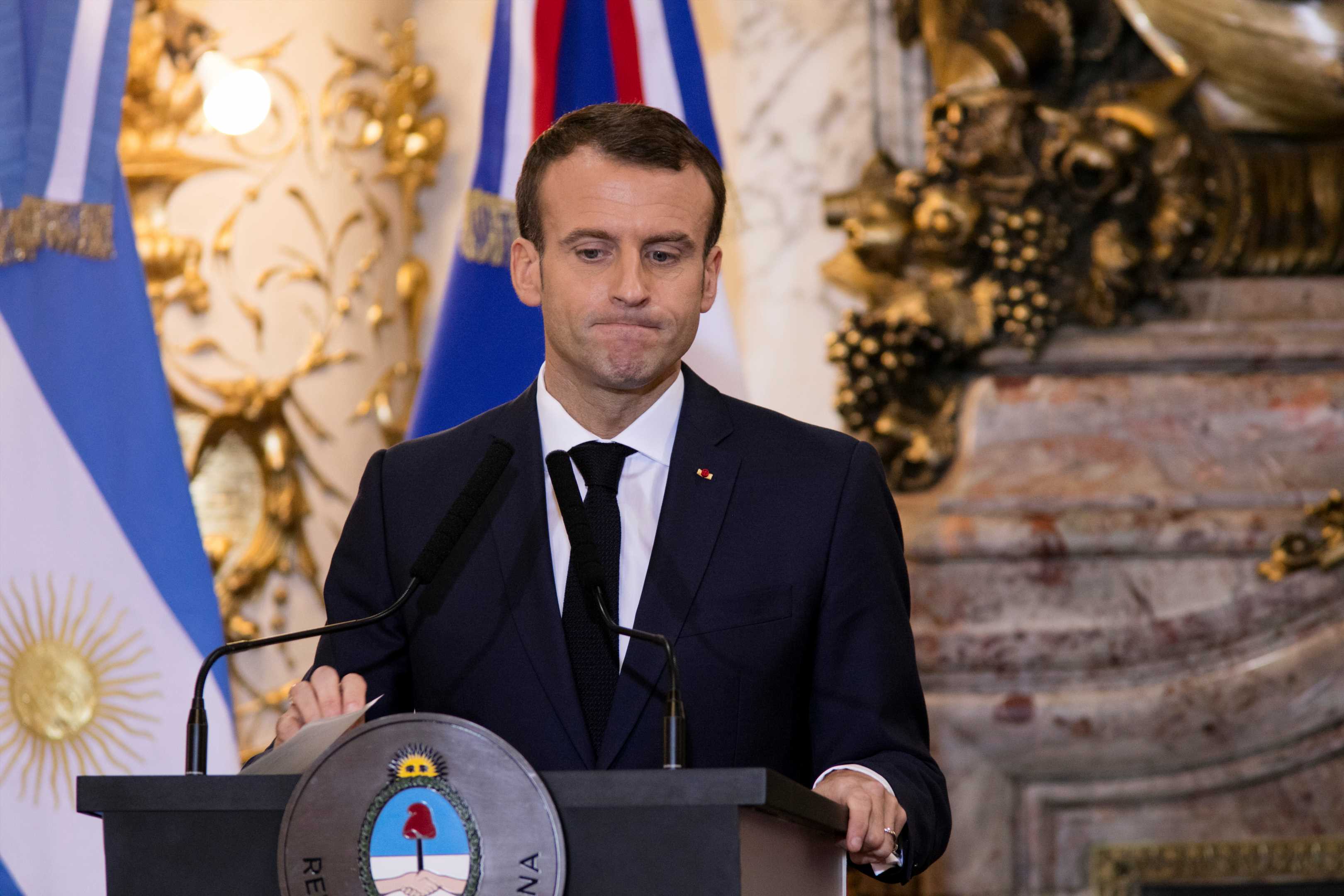 French President Emmanuel Macron on Sunday would not rule out imposing a state of emergency as nationwide economic protests turned violent in the capital of Paris.

Macron was forced to fly home from the G-20 summit in Argentina for an emergency huddle with advisers on how to quell the worst civil unrest to grip the City of Light in a decade.

Thousands have taken to the streets, with some torching cars and scrawling anti-government graffiti on cultural icons such as the Arc de Triomphe.

Macron, 40, was greeted with boos and chants of “Macron resign” as he surveyed damage on the 2-century-old monument to France’s war dead Sunday.

Inside the monument, the “La Marseillaise” statue by François Rude commemorating the French Revolution was defaced by protesters, who smashed a likeness of the Revolution’s allegorical icon, Marianne.

Police have responded to the unrest in kind — unleashing batons and tear gas on the rock-hurling protestors.

On Saturday alone, 412 people were arrested in the capital, where at least 133 injuries have been reported, including those of 23 security force members.

Protesters set fire to six buildings and nearly 190 blazes had to be put out across Paris, according to the French Interior Ministry.

Officials are weighing “all options” as they combat the unrest, but have not committed to a state of emergency just yet, according to Justice Minister Nicole Belloubet.

“I am not sure we have reached that stage quite yet. I think there are other options,” she told reporters during a press conference.

The unrest first sparked in mid-­November as so-called Yellow Vest demonstrators took to the streets to protest rising fuel costs.

The movement has since blossomed into a wider critique of French economic policy and the growing gulf between rich and poor there.

French motorists are legally obligated to have the yellow vests in their cars in case of an accident, but the items have become a grass-roots symbol of frustration.

Tens of thousands of people have participated in demonstrations across France since the Yellow Vests first mobilized Nov. 17 — many of them peacefully.

But Macron has argued that the political critique has descended into wanton destruction at the direction of a minority seeking to upend order.

“Those guilty of this violence don’t want change, they don’t want improvements, they want chaos. They betray the causes that they pretend to serve and which they manipulate,” he told reporters Saturday.

What are the lyrics to X Factor winner Dalton's song The Power of Love and where can you download it?
World News