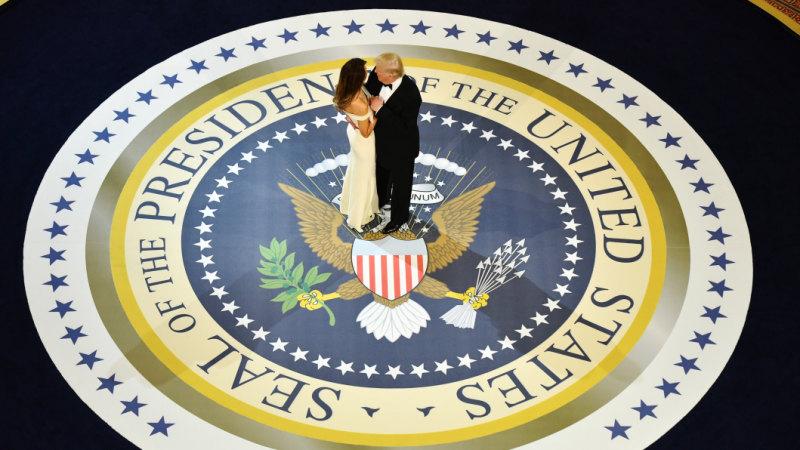 Washington: Donald Trump's inaugural committee is under scrutiny by federal prosecutors in New York, adding new legal woes for the US President and his allies that stretch beyond the Russia probe led by Special Counsel Robert Mueller.

The committee, which disclosed raising a record-setting $US107 million ($148 million) to celebrate Trump's ascendance to the presidency, was subpoenaed by federal prosecutors, according to a person familiar with the matter. 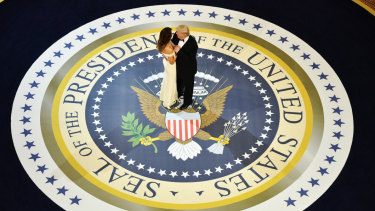 President Donald Trump, right, and First Lady Melania Trump dance during one of the many inauguration day events in Washington on January 20, 2017.Credit:Bloomberg

The exact details of the investigation aren't clear but it could relate to the committee's donors and potential foreign connections. Questions have been raised about how the nine-figure donation was spent and how tickets for the slate of exclusive events were allocated.

The New York Times reported that documents sought "related to all of the committee’s donors and event attendees; any benefits handed out, including tickets and photo opportunities with the President; federal disclosure filings; vendors; contracts; and more."

The Times said prosecutors also showed interest in whether any foreigners illegally donated to the committee, as well as whether committee staff knew that such donations were illegal, asking for documents laying out legal requirements for donations. Federal law prohibits foreign contributions to federal campaigns, political action committees and inaugural funds. 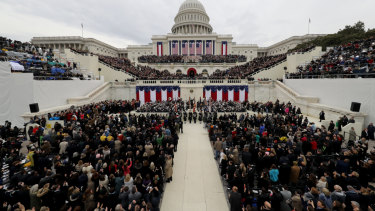 Attendees at Donald Trump’s inauguration as 58th President of the United States.Credit:Bloomberg

The inaugural committee was overseen by Trump's close friend Thomas Barrack, the founder of Colony Capital.

"We have just received a subpoena for documents," Kristin Celauro, a spokeswoman with Owen Blicksilver PR, which has long represented Barrack, said in an email. "While we are still reviewing the subpoena, it is our intention to cooperate with the inquiry."

She didn't say who had subpoenaed the committee. ABC News reported earlier that prosecutors in the Southern District of New York had contacted the committee and intended to subpoena the organisation for documents, citing sources the network didn't identify.

A spokesperson for the Southern District of New York didn't immediately have comment. 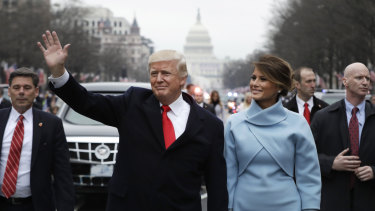 President and First Lady on parade after the inauguration.Credit:Bloomberg

Rick Gates, who served as Barrack's deputy on the inaugural committee, has been cooperating with federal prosecutors examining Russian interference in the 2016 election. Once a deputy to Manafort, Gates admitted to crimes as part of a cooperation deal. Manafort had been convicted of several felonies, and during one of his trials Gates acknowledged that it was possible he had submitted sham invoices to the inauguration committee seeking reimbursement.

"That doesn't have anything to do with the president or first lady," Sanders said. "The biggest thing the president did in his engagement with the inauguration was to come out here and raise his hand and take the oath of office. The president was focused on the transition during that time and not on any of the planning for the inaugural."

Mueller is separately examining the campaign's ties to Russia while the same federal prosecutors who subpoenaed Trump's inaugural records are probing his company, the Trump Organisation. The President's former campaign chairman, Paul Manafort, is in federal prison for bank and tax fraud, and his former personal lawyer, Michael Cohen, is headed there after pleading guilty fraud and tax evasion.

Last year, federal prosecutors seized hours of audio that Cohen had recorded, thousands of pages of records, and electronic devices that contained files of interest. Cohen, who Trump has derided as a bumbling lawyer who did little work for him, has slowly emerged over the last year as a key source of legal peril for Trump, organisations he's linked to and his close associates.

America's Got Talent: The Champions Week 5: Jackie Evancho and More Return — Who's Going to the Finals?

Solicitor, 33, who dodged £650 in rail fares is sacked and struck off
World News