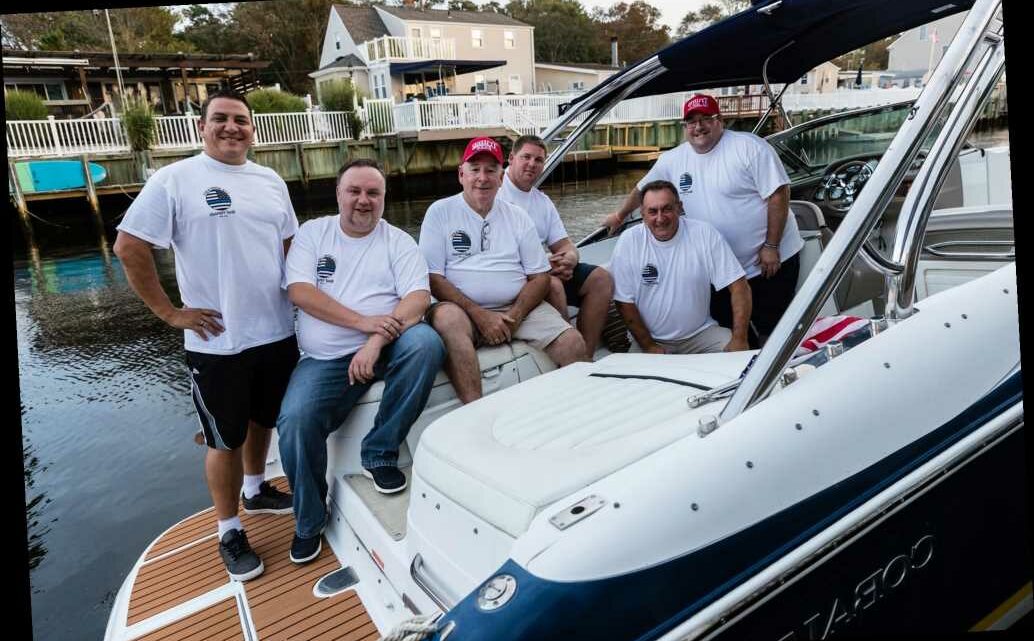 Oh say can you sea!

A massive flotilla of pleasure boats is expected to set sail at the Jersey Shore Saturday as part of a tribute to law-enforcement, veterans and, for many participants, President Trump.

An anticipated 2,000 to 2,500 vessels launched from across the Garden State will set off from where the Toms River empties into Barnegat Bay at around 10 a.m., organizers told The Post.

Molla, 42, will be joined aboard his 10-meter Trojan International boat by Grand Marshal and Stafford, NJ Councilman George Williams, retired and active-duty cops and his wife, who is a nurse.

Accordingly, his ship will fly Old Glory, as well as flags supporting police, nurses and Trump.

But Molla made clear that Joe Biden-boosting boaters are welcome at the bipartisan bash, with the first and foremost goal honoring cops and other American heroes.

“It really isn’t boaters for Trump; it’s boaters for law enforcement and veterans. Trump just happens to support both of them,” he said. “Boaters tend to be a pretty happy crowd. We’re out there to have a good time. There’s no hatred or animosity towards anyone.”

Trump has frequently tweeted of his love of boaters, who have taken to gathering in support of him.

Shortly after Saturday’s event kicks off, the boaters will fan out, with some heading north and some south depending on which direction they call home.

The two groups’ numbers will be bolstered along the way, though, by hundreds of additional boats joining from arteries up and down the shore.

Molla, of Manahawkin, will pace the southbound group, while retired MTA worker Bob Rogers will lead the northbound contingent aboard his 23-foot center console Angler, along with son Chris.

Molla helped organize a similar parade in July as a way of counter-protesting a Black Lives Matter demonstration in Manahawkin without making life more difficult for cops.

“They wanted to march on our bridge. Fine, absolutely, that’s their right,” he recalled. “I was going to have a counter-protest, and the mayor reached out and the chief of police reached out and said, ‘If you would, please let them do their thing and then you can do your thing.’

“I said, ‘Absolutely. I don’t want to cause any headaches for you guys.’”

So Molla obtained a permit and took to the water, where there were no roads, bridges or intersections to clog.

Had it been officially verified, that figure would have easily topped the 1,180 vessels that made up what Guinness World Records recognizes as the largest-ever boat parade, held in 2014 in Malaysia.

Voicing even higher hopes for the attendance at Saturday’s parade, organizers say they’re reached out to Guinness about having a representative on hand to verify the record, but haven’t heard back.

“It will likely end up being an informal record,” said Williams. “But I have no doubt it will be the biggest boat parade in history.”

Boat parades have become a common way for backers of Trump to express support from him across the country, including in New York City, where there have been a parades this summer in Queens waters and near the Statue of Liberty.

This Saturday’s New Jersey boat parade is one of several scheduled around the country for the holiday weekend, including a Florida flotilla set for Labor Day, according to The Palm Beach Post.