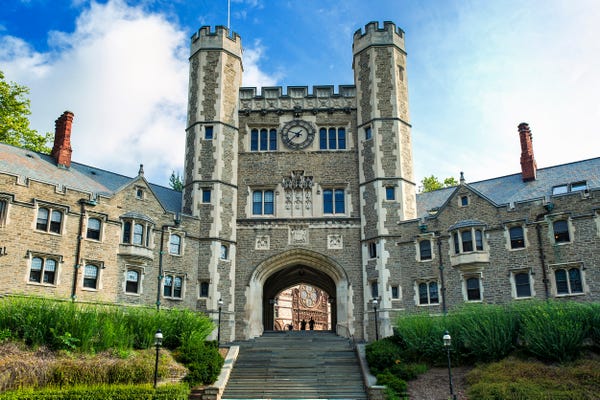 Princeton University ordered an emergency evacuation Saturday after a reported bomb threat, according to a release from the school's communications office.

In a release posted at 11:21 a.m., students were ordered to vacate multiple buildings, including the school's art museum, library, Nassau Hall, and the Chapel.

"This is NOT a test. Follow the instructions in this message for your safety. A bomb threat was received for the Art Museum, Firestone Library, Nassau Hall, and the Chapel," the release says.

"The Department of Public Safety has issued an evacuation order for these buildings. Please collect your personal items including your car keys. Leave your door unlocked and open to allow the area to be inspected. Calmly leave the building and go to your building's designated evacuation assembly area."

Public safety officers are responding to the threat, according to the release. Visitors are asked to stay away from campus and avoid traveling to the area.

The release also asks students to avoid using cellphones on campus unless necessary and to check their email for updates as well as the university website.

Twitter user Asad Hussein, whose bio on the platform indicates he's a writer for the university, described the scene on the ground:

"Following a bomb threat at Princeton today, distressed students are standing outside the dorms all over campus, checking updates from the Department of Public Safety," Hussein said.

Princeton University announced last month that all undergraduate learning would be conducted online due to the coronavirus.

The Princeton Police Department referred Insider to the university's own police department. The university did not immediately respond to Insider's request for comment.

But university spokesperson Ben Chang, in a statement to campus newspaper the Daily Princetonian, said, "As with any threat, university officials are taking this seriously and taking all the necessary steps to ensure the safety of our community."

This is a developing story. Check back for updates.