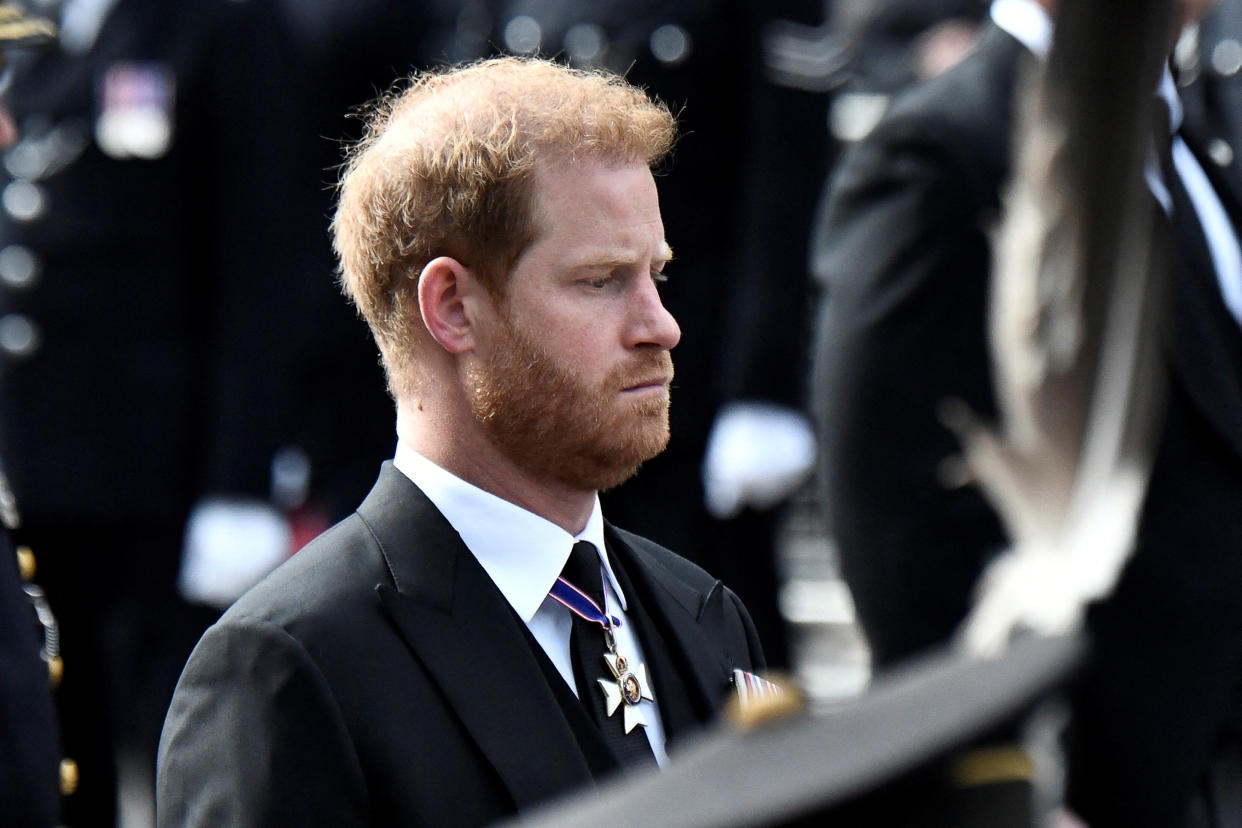 Prince Harry isn’t sparing us the cold hard truth of life as a British royal.

The Duke of Sussex sat down for a candid interview with Anderson Cooper on “60 Minutes,” which aired Sunday on CBS. The interview previewed the “unflinching honesty” of Harry’s upcoming memoir “Spare,” which hits shelves Jan. 10 and details his life before and after he and wife, Duchess Meghan, stepped back from their roles as senior members of the royal family.

During his conversation with Cooper, Harry opened up about his relationships with members of the royal family, including his father’s wife, Queen Consort Camilla, as well as the yearslong grief of losing his mother, Princess Diana, at age 12.

Prince Harry’s memoir ‘Spare’: His relationship with Prince William, more to know ahead of release

Here are the biggest bombshells from Harry’s interview.

Despite the frankness of his upcoming memoir, including his description of brother Prince William, Harry told Cooper “Spare” is his way of setting the record straight about the tensions in his family life.

“None of anything that I’ve written, anything I’ve included is ever intended to hurt my family,” Harry said. “But it does give a full picture of the situation as we were growing up, and also squashes this idea that somehow my wife was the one that destroyed the relationship between these two brothers.”

Responding to the criticism of being very “public” since resigning from his royal duties, Harry claimed his attempts at privacy have been thwarted by the royal family’s correspondence with the media.

“Every single time I’ve tried to do it privately there have been briefings and leakings and planting of stories against me and my wife,” Harry said. “The family motto is ‘never complain, never explain,’ but it’s just a motto.”

He continued: “So now, trying to speak a language that perhaps they understand, I will sit here and speak truth to you with the words that come out of my mouth, rather than using someone else, an unnamed source, to feed in lies or a narrative to a tabloid media that literally radicalizes its readers to then potentially cause harm to my family, my wife, my kids.”

Prince Harry also spoke about the emotional aftermath of the death of his mother, Princess Diana, who died in a fatal car accident when Harry was 12 years old. Recalling meeting mourners outside Kensington Palace in London with Prince William, Harry said he remembers “the guilt that I felt.”

The Duke of Sussex went into detail with Cooper about the healing process of grieving his mother’s death. Apart from going to therapy, Harry said he’s also pursued experimental medicinal treatments, such as using the psychedelics Ayahuasca and psilocybin.

Ayahuasca is a plant-based psychedelic created from “prolonged heating or boiling of the Banisteriopsis caapi vine with the leaves of the Psychotria viridis shrub,” according to the Alcohol and Drug Foundation. Psilocybin, commonly known as magic mushrooms, are “naturally occurring and are consumed for their hallucinogenic effects.” 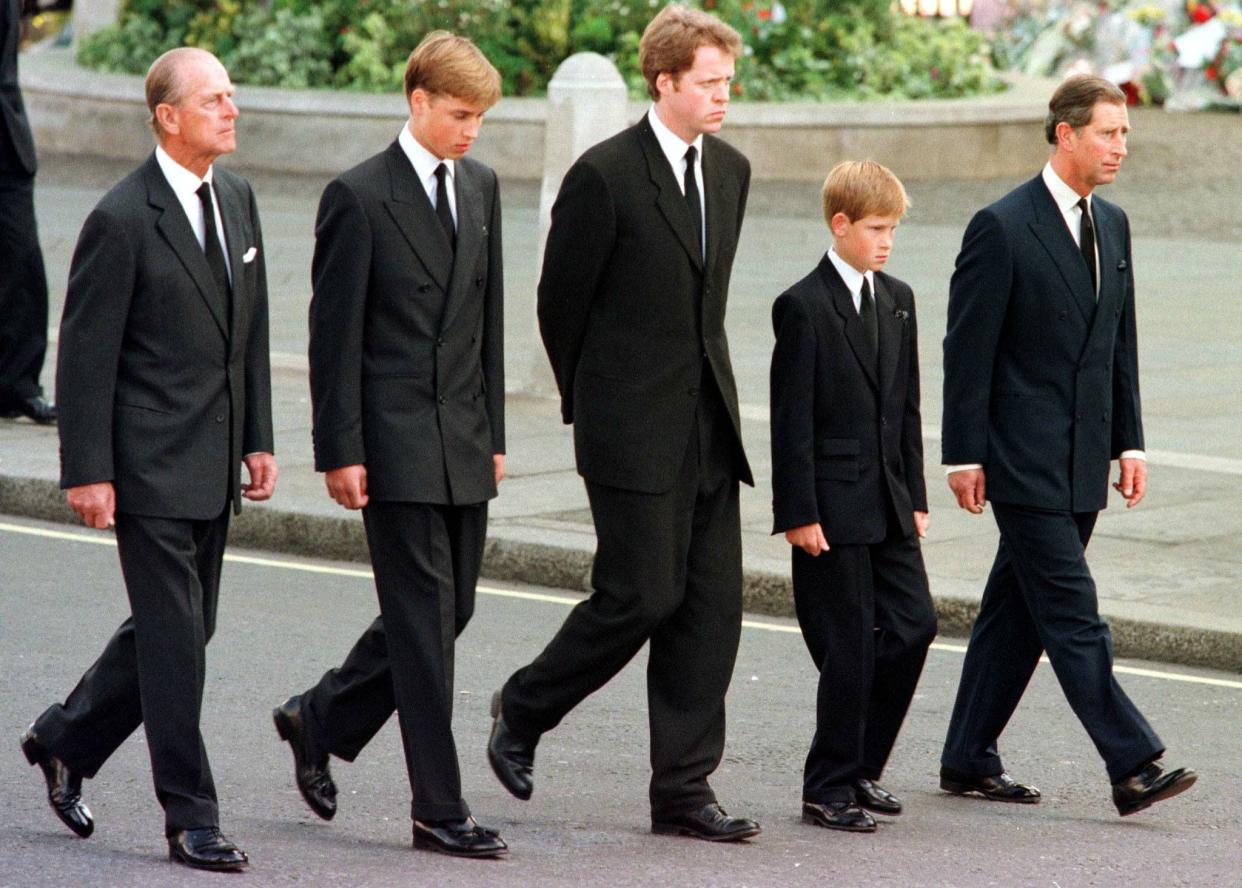 “I would never recommend people to do this recreationally,” Harry said. “But doing it with the right people, if you are suffering from a huge amount of loss, grief or trauma, then these things have a way of working as a medicine.”

Harry said taking these drugs gave him clarity about his own relationship with grief. “They cleared away this idea that I had in my head that I needed to cry to prove to my mother that I missed her. When in fact, all she wanted was for me to be happy,” Harry said.

Prince Harry spoke about his relationship with Queen Consort Camilla, who married his father King Charles III in 2005.

Harry revealed that he and Prince William asked Charles not to marry Camilla. “We didn’t think it was necessary,” Harry said. “We thought that it was going to cause more harm than good and that if he was now with his person, that surely that’s enough. Why go that far when you don’t necessarily need to?”

However, Harry said Camilla’s need to “rehabilitate her image” in the media came at a cost because of “the connections that she was forging within the British press.”

“If you are led to believe, as a member of the family, that being on the front page, having positive headlines, positive stories written about you, is going to improve your reputation or increase the chances of you being accepted as monarch by the British public, then that’s what you’re going to do,” Harry said.

How much does it cost to use an electric heater for an evening – and has it increased? | The Sun