Kids as young as five painted their faces with the St George’s flag, dressed up and decorated classrooms to celebrate their national team in the Euros ahead of Wednesday's game. 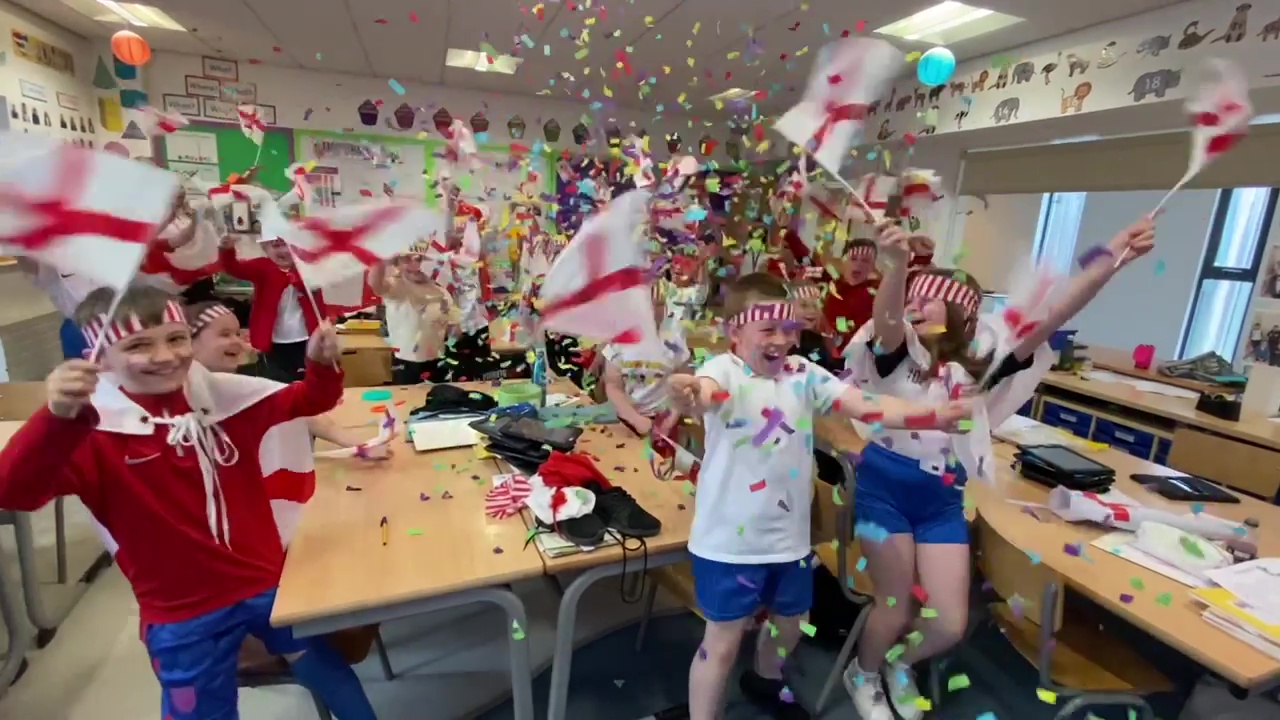 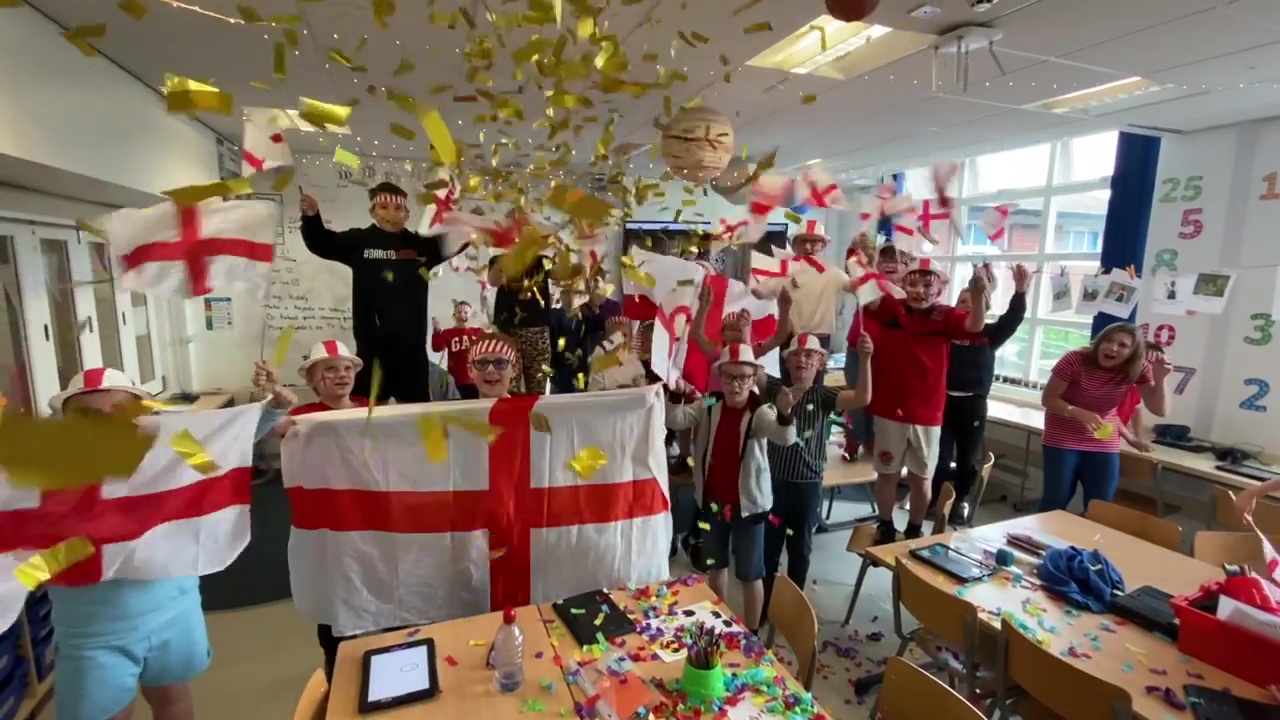 The video received over 100,000 views online and warmed the hearts of mums and dads.

But the school, whose choir reached the final of Britain's Got Talent two years ago, deactivated their Twitter account for around 24 hours after a furious backlash.

One parent, who describes himself as a “father and council candidate”, tweeted: “It’s disgusting behaviour these children are being pressed to participate in by the school.

“I have a seven-year-old child. I absolutely do not want her to be exposed to this kind of mindless hooliganism.”

Another troll branded the innocent children “a sea of aggressive white faces” and another said: “It disgusted and worried me.

"The fact that I'm insulted and told I don't love this country just for criticising this song says it all. Nasty.”

The video shows kids beaming as they run through corridors and across the school field waving the St George’s flag.

After reinstating its Twitter account, the school tweeted: “We’ve been a bit freaked out by all the extra interest in our football video, the support is overwhelming!

“We all had such fun making it and are glad we’re making so many people smile! Thank you everyone.” 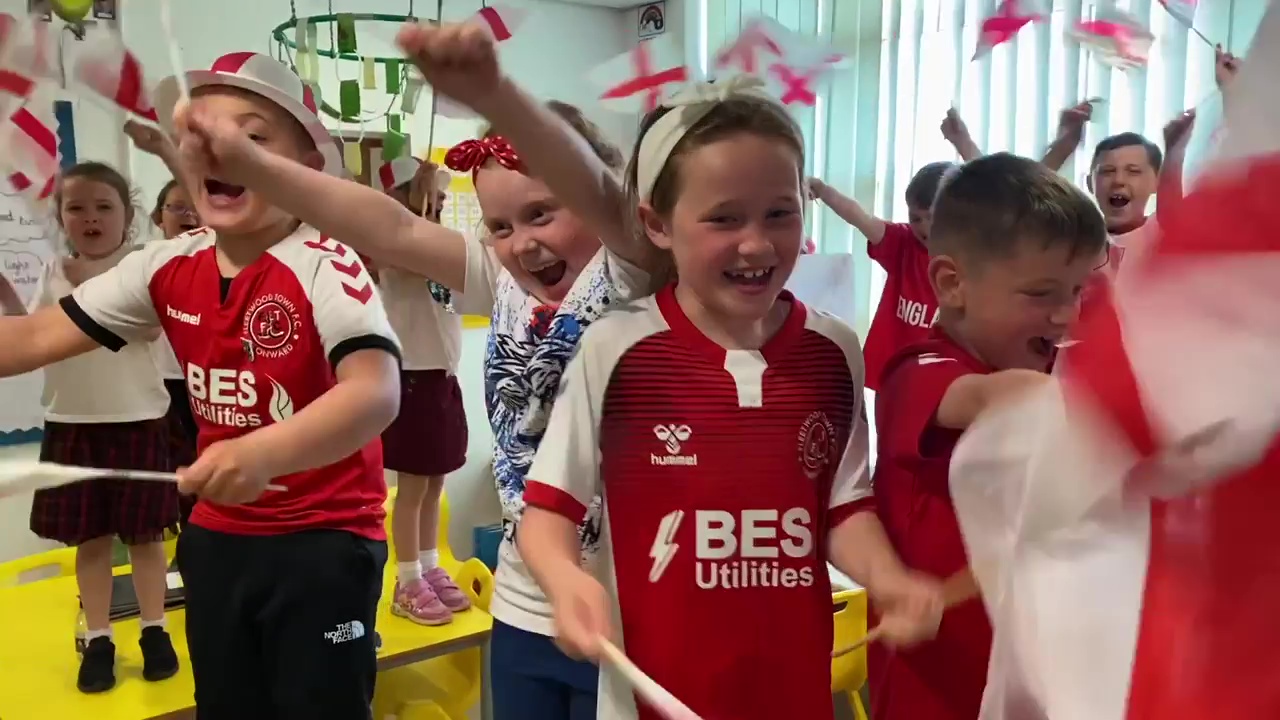 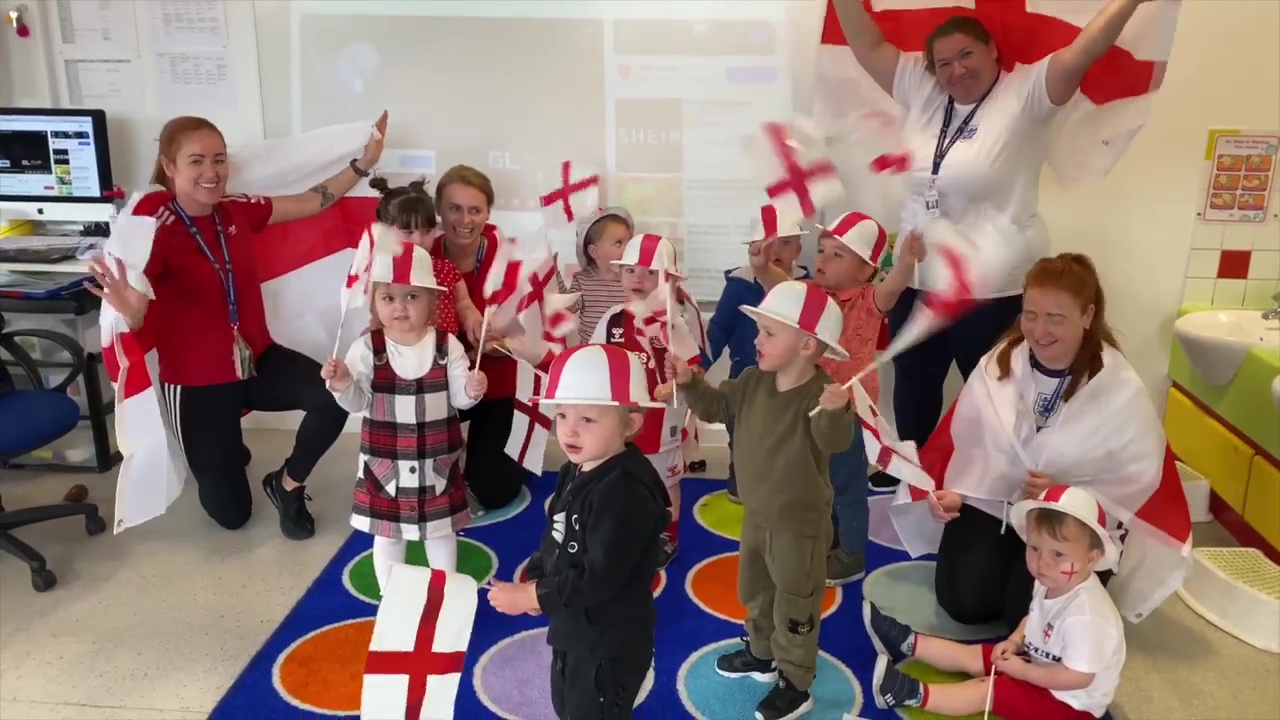 But Andrew Bridgen, the Tory MP for Leicester north west, said: “Once again the Wokerattii are seeking to subvert our culture, belief system and national pride by crying wolf over a bit of child’s play and a chance for children to share in a moment of national sporting pride.

“I wonder how long before the headmaster is forced into hiding by these extremists?

“The time has come for the fair minded majority to stop just shrugging their shoulders and finally say we can no longer tolerate this degree of intolerance.”

Local Labour MP Cat Smith said: “Having visited Flakefleet School last week I can tell you it’s an exceptional primary school under strong leadership and they consistently inspire the young people who are lucky enough to attend.

“One of the nicest things the school does, which gives the public insight into what they do, are these videos with the children around current events.

“I loved the football video and being a huge England fan myself I can say I think it might actually be coming home this year – what more inspiration can these children get?!”

Toby Young of the Campaign for Free Speech Movement, said:  “Are there no depths to which these finger-wagging killjoys won’t stoop?

“I daresay that if these children had painted their faces with the flag of the European Union — or the Danish flag — the same scolds would have congratulated the school on teaching the children a valuable lesson about the international brotherhood of man.” 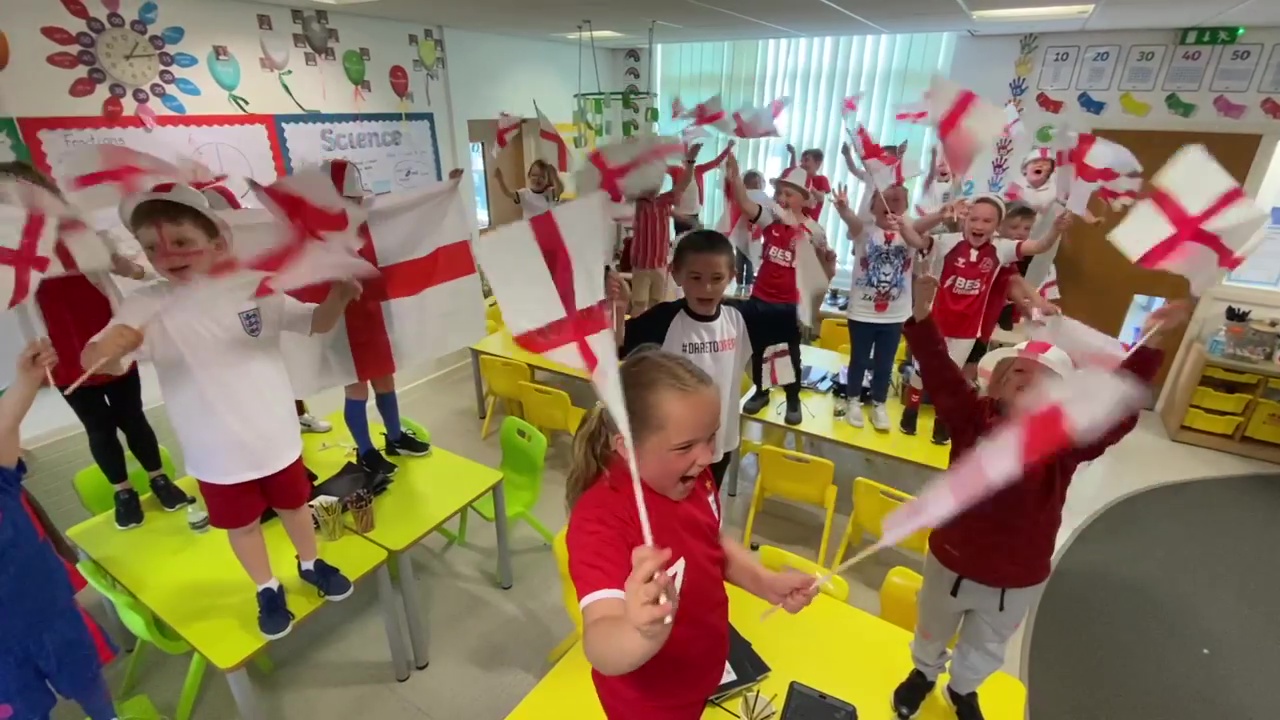 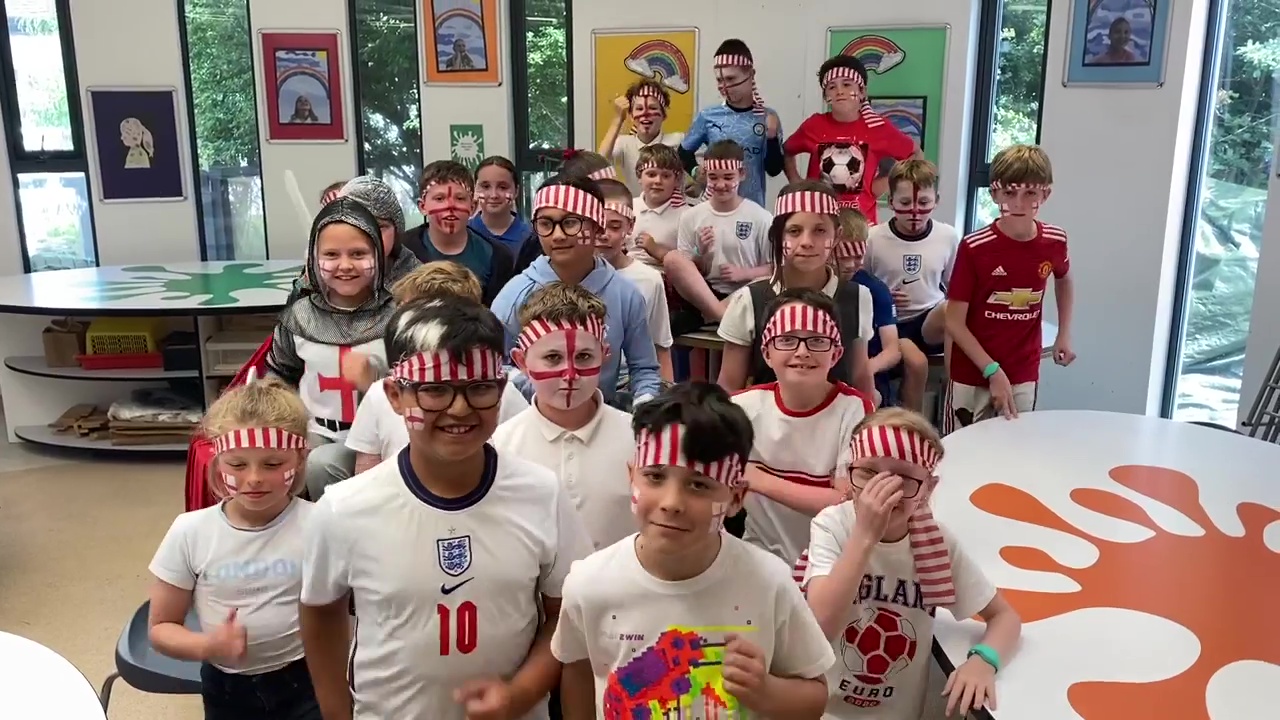 Rob Halfon, the Tory MP for Harlow in Essex, blasted: “It’s appalling and wokery gone mad. The video is brilliant and I hope it goes viral and gets to number one.”

Just hours after the school’s Twitter account was temporarily deactivated, headteacher Mr Dave McPartlin posted: “There are times that social media can be amazing and make such brilliant things happen, but it can also be a dark and disturbing place that really makes you question the direction society is heading.”

Speaking ahead of England’s first game last month, he said: “Things have been a bit serious over the last 12 months because of the Covid lockdowns.

"In school, we weren't able to celebrate Christmas like we usually do.

"So this was just a chance for us to have a bit of fun and get everyone involved.”

Pupils at the school have produced a string of light-hearted videos in recent years, including a “royal wedding” and a second football clip to the Land of Hope and Glory.

In 2019 Simon Cowell said the school choir were the most fun act to have made a Britain's Got Talent final, with Amanda Holden moved to tears with their rendition of Take That's Rule The World.

They lost out to Chelsea pensioner Colin Thackery, 89, who received a standing ovation for “Love Changes Everything”.

The school, which uses the motto “Dare to Dream”, teaches 500 pupils and was rated as “good” in its last Ofsted report.

The school and Lancashire County Council have been approached for comment. 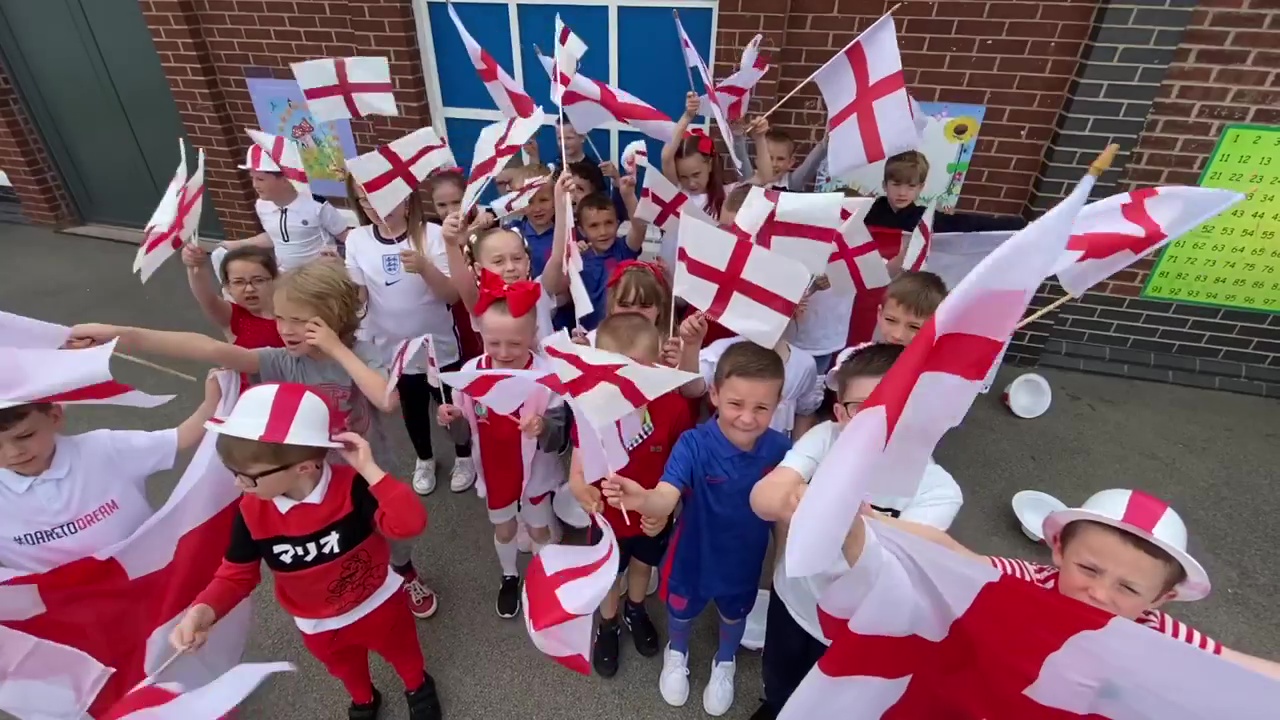 Getting Ready for Kenzo with Dominic Fike
World News