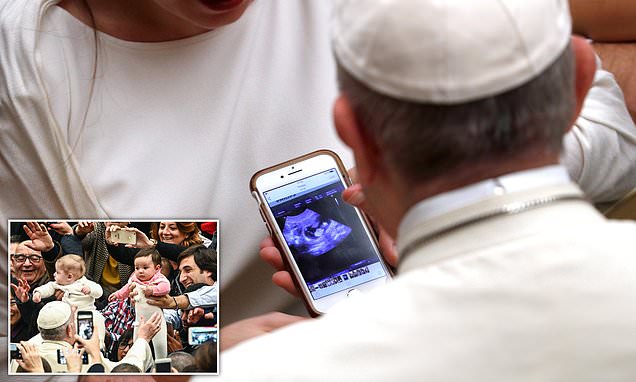 The Pope blessed an expectant mother’s ultrasound image as she showed him a picture of the fetus on her iPhone at the Vatican.

Among the throng of people who reached out to the Pope at his weekly general audience at the Vatican on Wednesday was an expectant mother brandishing an image on her smartphone.

Pope Francis blessed the child which was displayed on a grainy blue ultrasound image on the woman’s screen.

The Pope greeted crowds of people including newborn babies, a baker who presented him a panettone cake and women in their bridal gowns in the Paul VI hall. 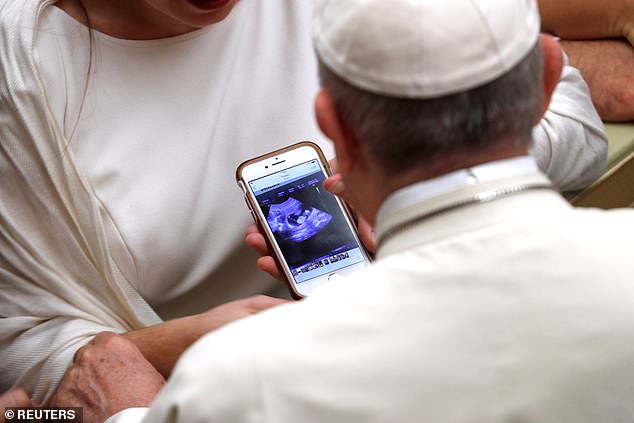 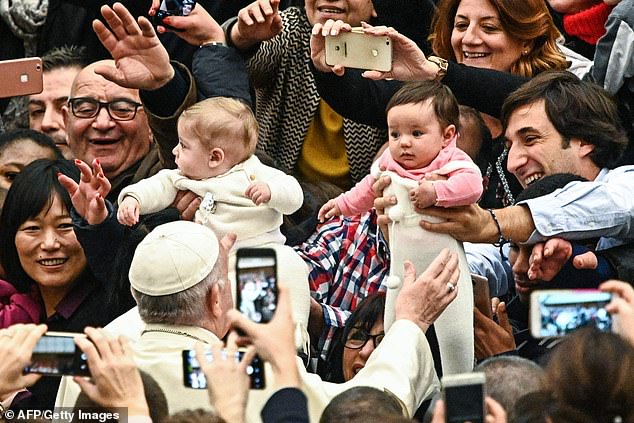 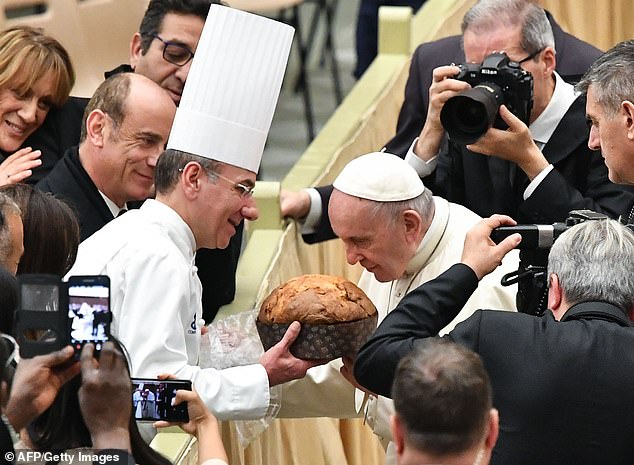 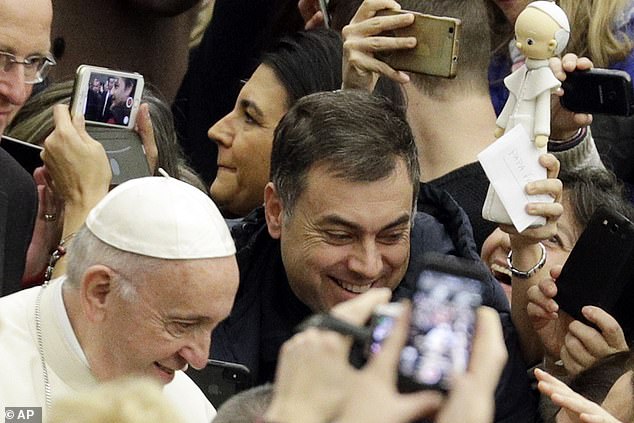 Pope Francis urged the people that Christmas cannot just be about swapping presents and indulging in a massive consumer binge, urging the faithful to remember its original purpose to mark Christ’s birth.

‘The advertising machine tells us we have to exchange more and more new presents to give us a surprise. But is that the sort of celebration that God wants?’ Francis asked the regular open audience in the Vatican.

‘No, Christmas is about listening to the silent voice of God,’ he said. 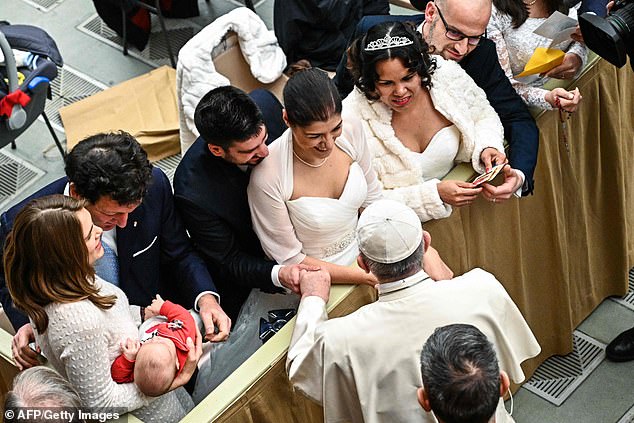 The Pope meets with Catholics at the audience on Wednesday who wait to receive his blesisng; including bride and groom couples and young parents with their newborn babies 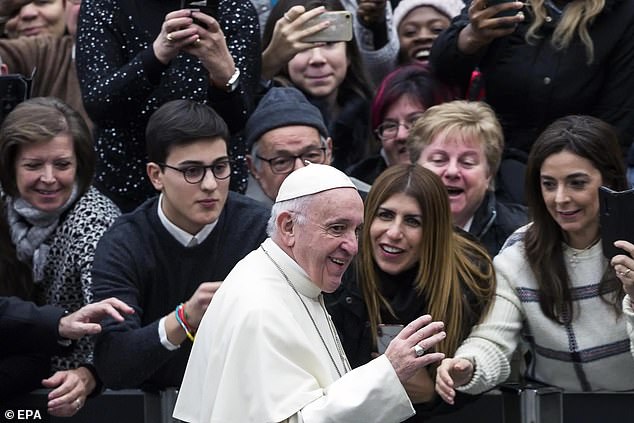 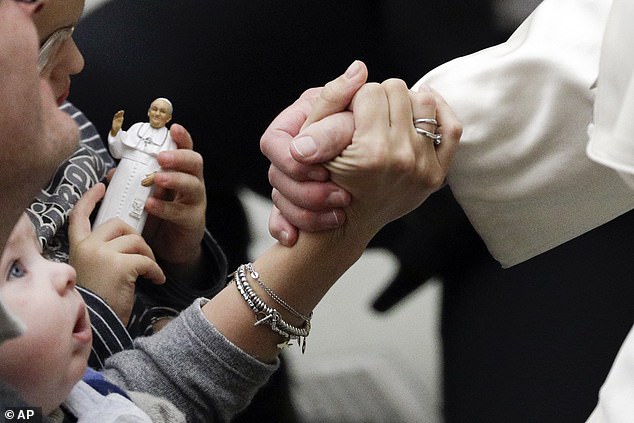 The Pope clutches a woman’s hand as she receives his blessing, surrounded by children who gaze up at the Catholic leader 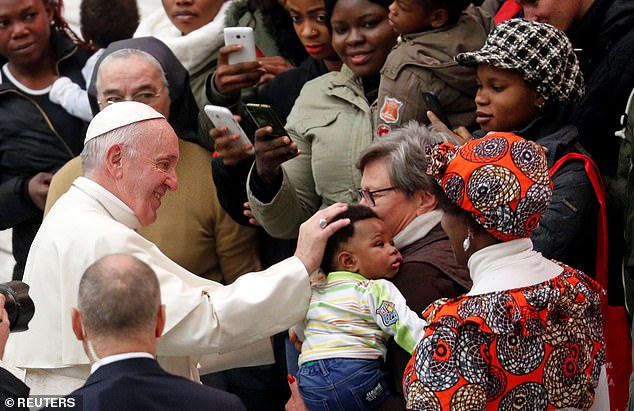 ‘Please, I ask you, let us not turn Christmas into a fashionable event!

‘It is not Christmas if we seek out the bright lights, if we load up on presents but then don’t help even one poor person,’ said the Pope who is well known for his criticism of social inequality and injustices.