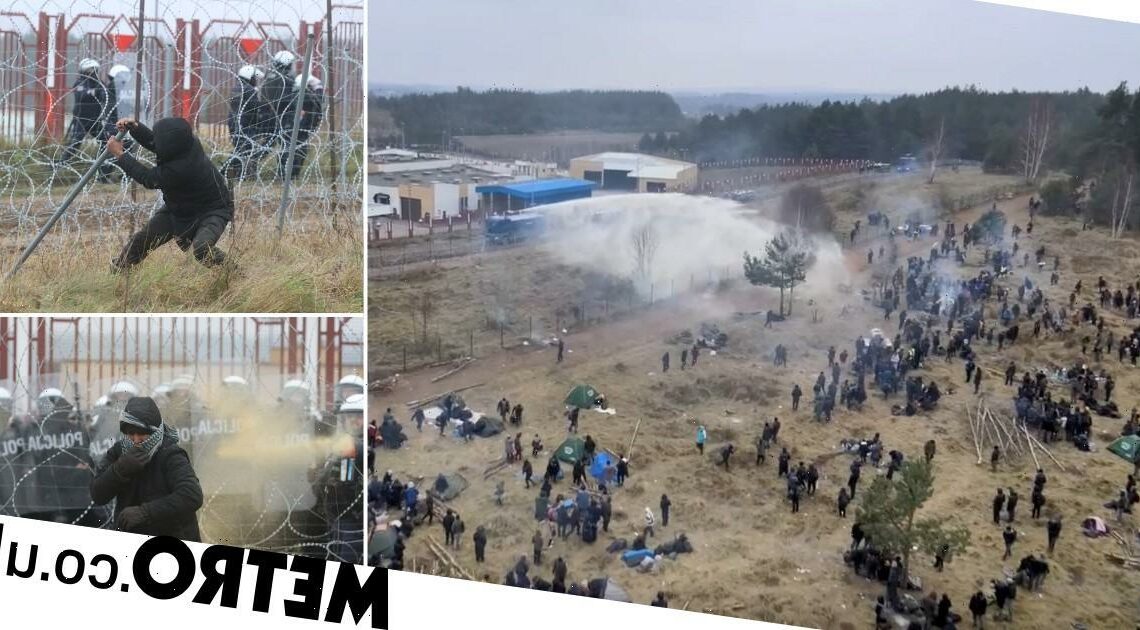 There have been chaotic clashes along the European Union’s eastern border as the refugee crisis worsens.

Thousands of Middle Eastern asylum seekers are camped on Poland’s perimeter having flown to Belarus on easily obtained tourist visas in a bid to reach Europe.

At least 11 people are reported to have died during the crisis so far, which has rumbled on for several weeks but reached a critical point in recent days.

As many as 20,000 soldiers are forcibly preventing around 4,000 people from making it through, many on their way to Germany.

One officer was reportedly seriously injured after he was struck in the head by a projectile.

There have been sporadic outbreaks of violence in recent days but this morning’s events, which took place around a border checkpoint, appear to be among the most serious so far.

Belarusian security forces, which are not allowing migrants to turn back, are accused of trying to destroy border fences to help migrants make it through. 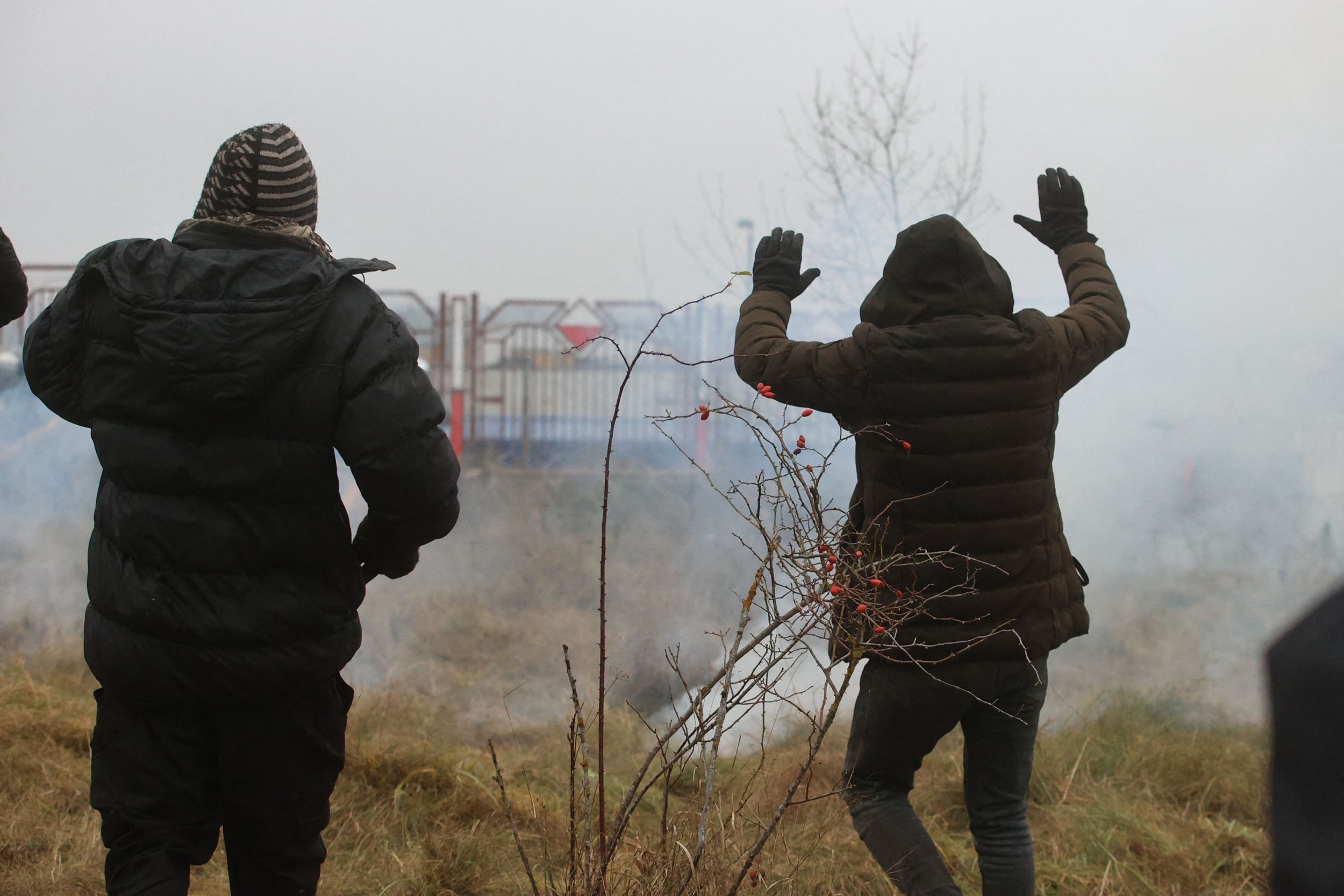 Poland’s Ministry of Defence said in a tweet that Belarusian authorities had given migrants sound grenades to throw at Polish soldiers and border guards.

A government spokesperson said the government was discussing whether to launch formal consultations on the crisis with NATO allies.

Piotr Muller told a news conference: ‘We are preparing for a pessimistic outcome – that this conflict could stretch out for months.’

The dire humanitarian situation is part of a wider geopolitical deadlock between the EU and Russia-backed Belarus.

The West has accused president Alexander Lukashenko of deliberately engineering a migration crisis in order to destabilise the bloc.

Along with the UK, US and other nations, the EU has maintained a raft of sanctions targeting his regime following violent crackdown on pro-democracy protesters in 2020.

Poland in turn has been criticised by the UN and human rights groups for not allowing the refugees safe passage, but the nationalist government in Warsaw has been largely backed by Brussels.

According to a Russian embassy spokesperson quoted by Interfax, some 200 Iraqi nationals trapped in the freezing forest between the countries have asked to return home.

They claimed an evacuation flight will take place on Thursday and all those wishing to return to Iraq are already in the Belarusian capital, Minsk, awaiting the flight.

This claim could not be verified and several people trapped on the border have told the limited number of journalists and aid workers able to reach the emergency zone they have been forcibly denied the ability to turn back.

A huge number of flights have arrived from the Middle East to Minsk in recent weeks, carrying passengers looking for a backdoor into Europe.

Outgoing German chancellor has held crisis talks with President Lukashenko and a second call is scheduled to take place soon.