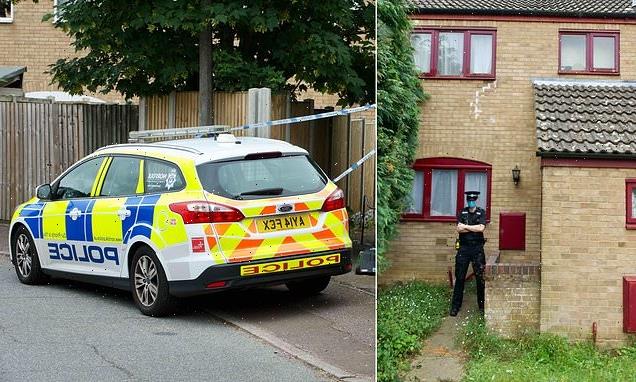 An investigation has been launched following two mystery deaths at the home of a ‘reclusive’ family in Norfolk.

The bodies of a man and a woman were found at the property in New Costessey, Norwich, at 11.30am on Saturday.

Police would not reveal the ages of the deceased but said they are treating the deaths as an ‘isolated incident’.

The house belongs to pensioner Christopher Long, believed to be aged around 70, and his son and daughter, in their 30s or 40s.

According to neighbours, the family were ‘very reclusive’ and ‘did not seem to have any friends or visitors.’ 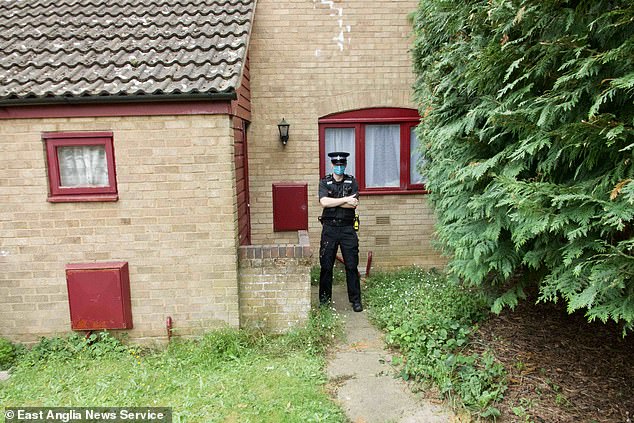 Mr Long’s wife is said to have passed many years ago, which residents said may have ‘badly affected’ the children.

Police have been standing guard outside the house since the bodies were found. A path at the rear of the house has also been cordoned off.

One local resident said: ‘They were a very reclusive family who did not seem to have any friends or visitors.

‘It was clear that both children never left home to live by themselves. You would see all three of them walking around together.

‘I think the two children were badly affected by losing their mother at a young age and they never left home.

‘I have not seen them around for two or three days, so goodness know what has happened.’

Mother-of-three Lynda Peterson, 46, who lives nearby, said: ‘It is awful to think what has gone on in their house.

‘They were a very quiet family who didn’t socialise with anybody, although you would see them out and about with their shopping bags.

‘I am just praying that it was an accident of some sort, rather than anything else. They have been here for so long, they are part of what makes Costessey.’

Ms Peterson who is now a full time carer, added: ‘It was clear that the son had a form of obsessive compulsive disorder.

‘I used to work at the local Premier shop up to a year ago and he would come in every Tuesday evening to buy the same things.

‘His shopping list would always include eight small bottles of sparkling water and ten or 12 pack of kitchen roll as well as a newspaper.

‘He would also buy a bottle of washing up liquid which had to go in a different bag to everything else. 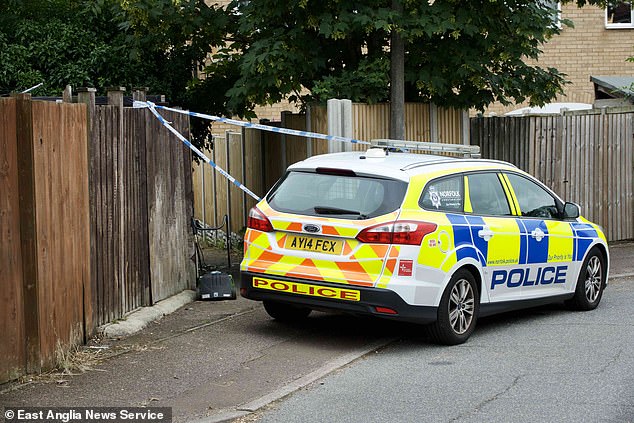 Police were called to the family home on Saturday morning following ‘concerns for safety’, before discovering the bodies of a man and a woman at around 11.30am

‘He was always wearing the same coat done up in the same way. He would also always have the same bags.’

A Norfolk Police statement said: ‘Officers were called to an address in Middleton Crescent at 11.30am on Saturday following concerns for safety.

‘On arrival officers have found the bodies of a man and a woman inside the property.

‘A cordon has been placed around the address whilst officers work to establish the circumstances leading up to their deaths, which are being treated as unexplained at this time.’

Detective Inspector Matt Stuart of Norfolk Police said: ‘We are still in the very early stages of our investigation and officers are working to establish the events leading up to these deaths.

‘However, whilst we must keep an open mind about the circumstances, our initial enquiries lead us to believe this is an isolated incident.’