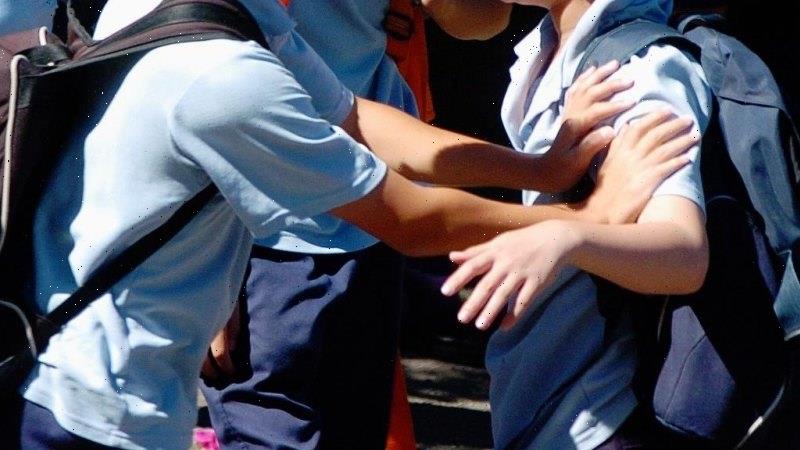 Police investigate whipping of students by classmates at Catholic school

Police are investigating after students at a Catholic school in the Victorian town of Kilmore were allegedly tied up and whipped with belts by their classmates in front of a cheering crowd.

Assumption College has expelled three students and suspended 18 over the alleged assault of several year 10 boys, which was filmed and widely circulated among the school community via social media. 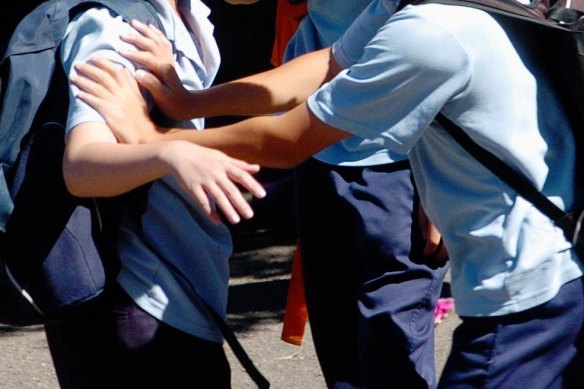 Assumption College in Kilmore has expelled three boys over the alleged assault of several of their classmates.Credit:Janie Barrett

The father of a year 10 student at the school told The Age he was disgusted by the behaviour seen in the video.

“It’s just so gutless. He’s [the victim] in such distress, and you can see he’s scared, but no one’s doing anything to help, at least not from what I could see,” the father said.

“The hardest part is watching the other boys cheering and laughing and thinking it’s all a big joke.”

However, the father, who asked not to be identified to protect his child from repercussions at school, defended efforts by the college to stamp out bullying and online abuse.

“They actually do a lot to educate the kids about the impact of exactly this kind of behaviour, so it makes it even harder to figure out why it happened,” he said.

He said the circulation of the video on social media platforms such as Snapchat would have exacerbated the victims’ trauma.

A spokesman for Assumption College confirmed the incident was immediately referred to police and the eSafety Commissioner, whose position was established in 2015 to help deal with online abuse and bullying, particularly among young people.

The school also launched internal disciplinary action against those involved.

“Three students had their enrolment at the college withdrawn as a result of this incident. Nine students were immediately suspended, and nine others were internally suspended while investigations were undertaken,” the spokesman said.

A Victoria Police spokesman confirmed it was investigating the matter.

“Police have been made aware of an incident involving several students at an educational facility in Kilmore in November and are investigating. We have engaged with the victims and their families and the investigation is ongoing,” the spokesman said.

On November 15, Assumption College principal Kate Fogarty informed the school community of the alleged assaults, saying the incident had “highlighted the need to redouble our efforts”.

“This type of behaviour goes completely against the values, ethos and beliefs of Assumption College and will not be tolerated,” Fogarty wrote in a newsletter.

“Throughout the process, we have been able to work closely with the student victims and their families. We continue to offer whatever support is helpful for these students.”