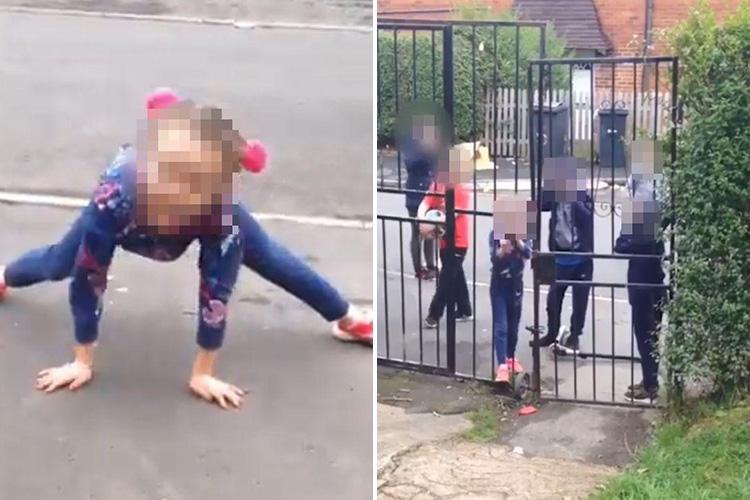 The victim of the abuse also claimed the problem children pushed a hosepipe through her letterbox and FLOODED her front room. 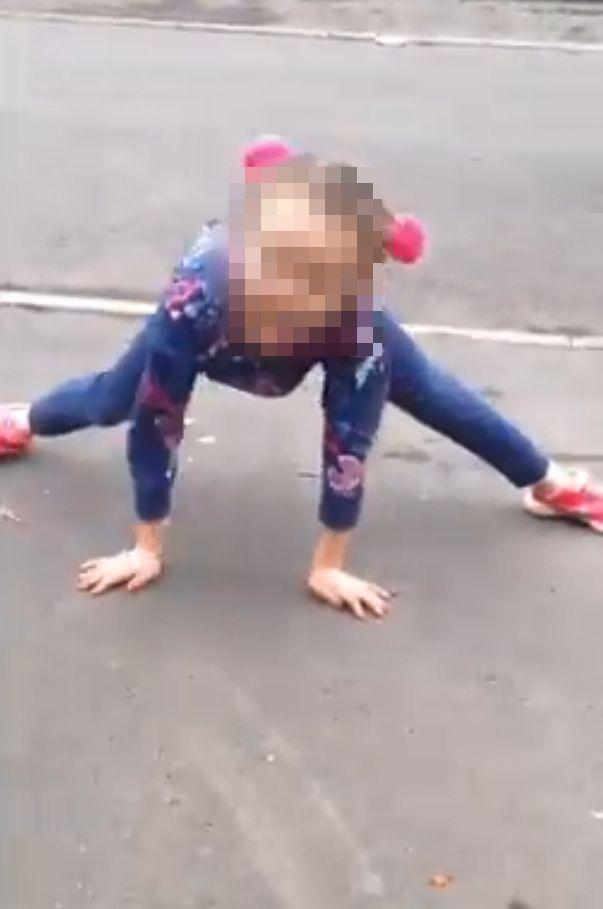 In the clip shared by the woman, the unnamed tot calls her a 'f****** sl*g' and laughs 'Polish c***' as a gaggle of mates laugh around her in the Halton Moor area of Leeds.

Posted on social media last weekend, a caption with the woman's video reads:  "Our family has been abused by kids many times, incidents ongoing. Police can't do anything as they are just small kids."

Speaking to the MailOnline, the mum-of-two – who is too scared to be identified – said she tried to speak the parents as well as police and the council prior to posting the video.

The mum said she is forced to padlock her front gates to protect her home, and claimed that a couple of months ago the problem children pushed a hosepipe through her letterbox and flooded her front room.

She said: "I have approached their parents lots of times to complain and the parents have just told me 'f*** off'." 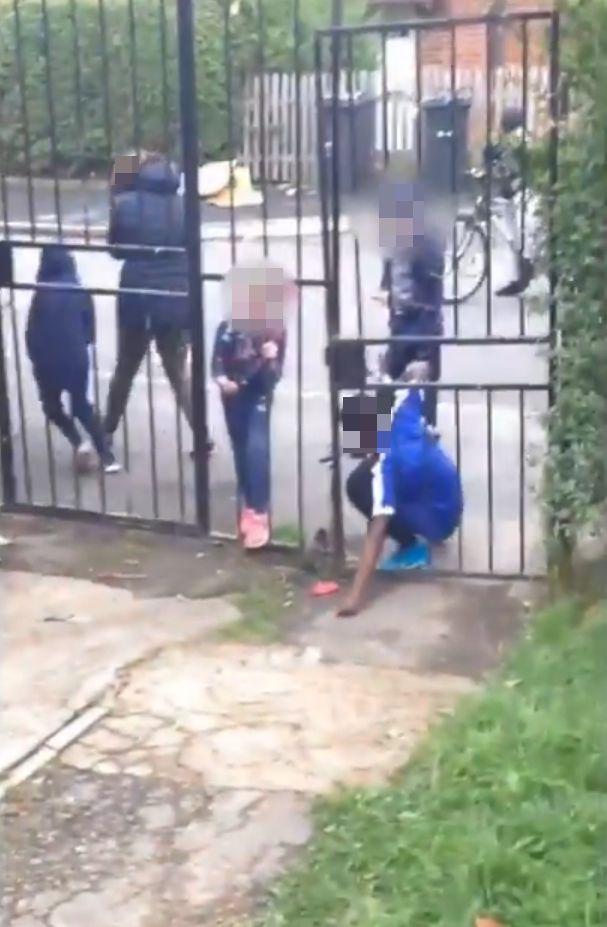 She continued: I have contacted the police and logged numerous complaints, but they have done nothing up to now. I have told a social worker, the council and anti social behaviour officers, but again, nothing.

"My son used to play with these children, kicking around at football in the street, quite normal stuff, but then the kids from this family started bullying my son."

In a statement, Detective Superintendent Chris Gibson, of West Yorkshire Police Leeds District, said: "We have now established that this incident was reported to police in April. We attended at the time and spoke to the victim and it was agreed that the most appropriate course of action would be to speak to the suspects who were identified in front of their parents." 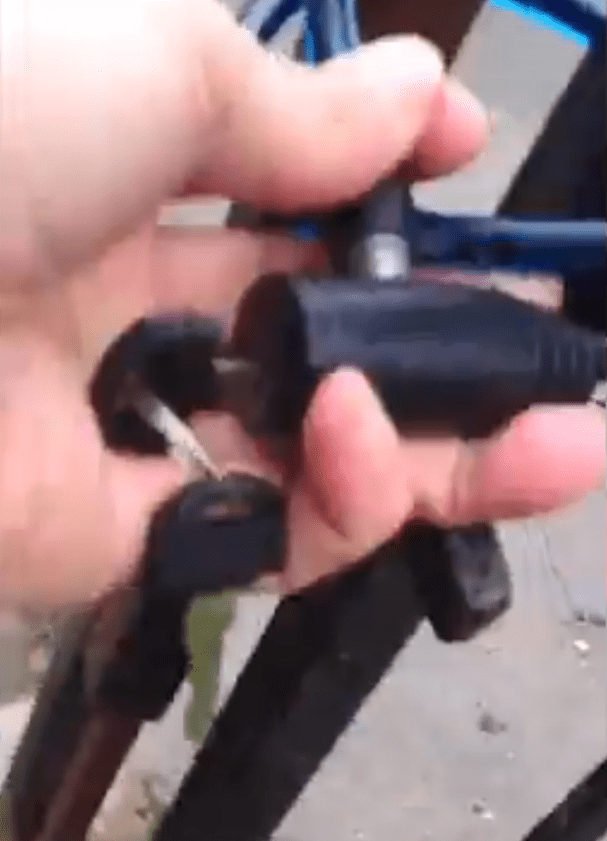 He continued: "The victim was kept updated throughout this process.

"We are not aware of any subsequent incidents relating to this.

"However, a further offence of harassment has been recorded in relation to a separate incident which is alleged to have involved other people.

"This investigation is ongoing." 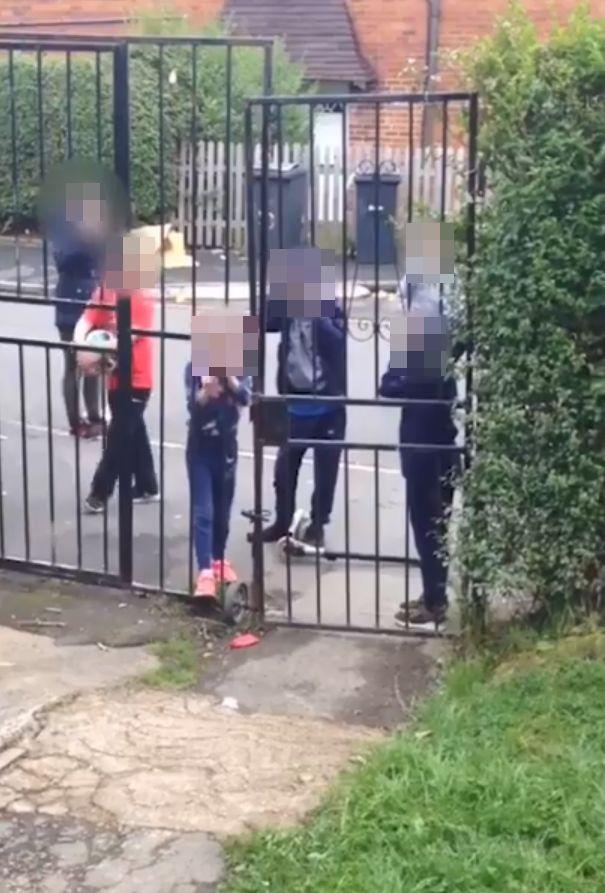 The shock footage shows the foul-mouthed girl, who is wearing a flowery top and pink trainers, drop to the floor as she hurls expletives at the woman.

She talks to the camera person through metal gates, daring her to "take my picture."

Then two boys on scooters, appear and start kicking the fence, while another boy hurls a plastic bottle over the fence, onto grass in the driveway.

The little girl shouts "sl*g" a number of times, as they swarm the residential street.