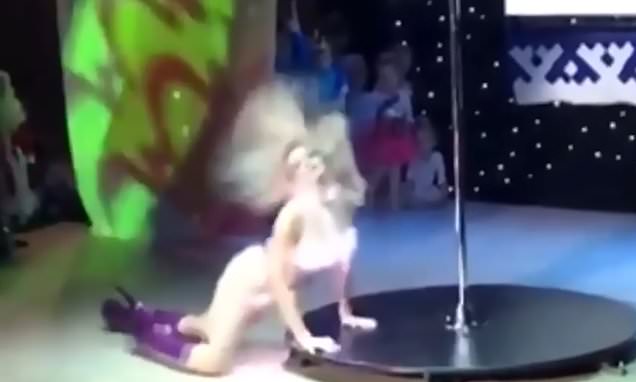 Little girls and their parents were left watching in horror after a pole dancer took to the stage during a talent competition in Russia.

Video shows the woman dressed in lingerie and knee-high boots twisting around a pole before writhing and twerking on the floor.

Despite anger from parents, organisers defended the dancer and said her performance was gymnastic rather than sexual. 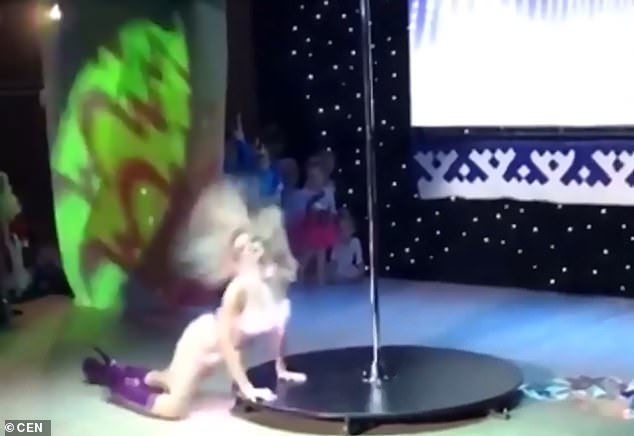 A pole dancer was filmed taking part in a children’s talent contest in Russia after organisers failed to set an upper age limit, meaning there was nothing they could do to stop her 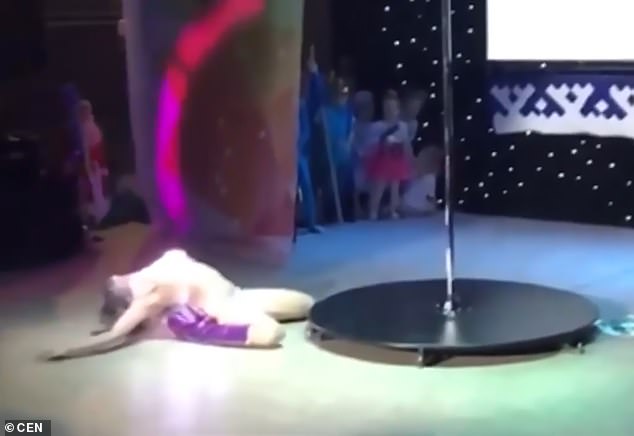 The woman, wearing a skimpy outfit with knee-high boots, can be seen twerking and spinning around the pole in front of mystified children and horrified adults

While the competition was aimed at children, the rules said it was open to anyone aged seven and above, meaning the woman was allowed to enter.

In total there were 104 performers, the vast majority of whom were children.

Smartphone footage shows little girls watching from the wings in their party dresses as the blonde struts her stuff in the city of Novy Urengoy in northern Russia’s Yamalo-Nenets Autonomous Okrug region.

Svetlana Borovskih, director of Molodezhny’ youth centre where the contest was held, said afterward: ‘This was a spectacular performance, there were special effects.

‘Of course children were looking at her gymnastic performance.’

However, the dancer – whose name has not been revealed – received low marks for her act. It is not clear who did win the contest. 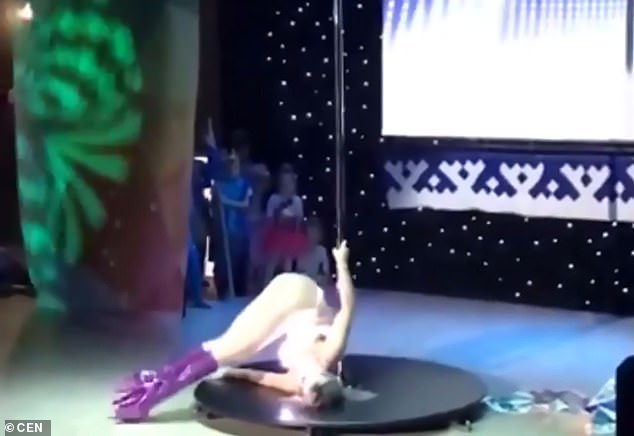 Svetlana Borovskih, director of the youth centre where the competition was held, denied the performance was sexual and said children ‘were looking at her gymnastic performance’ 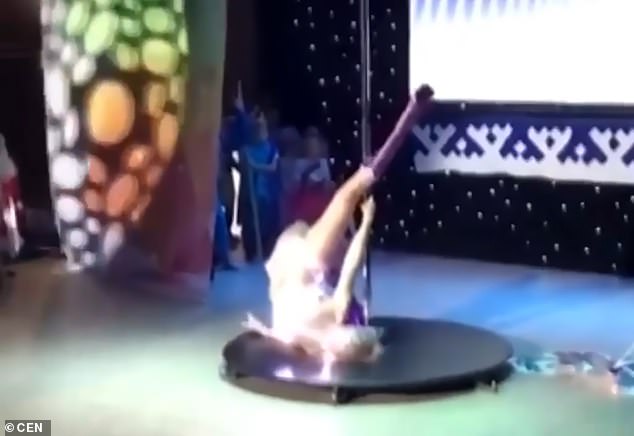 However, the woman – who has not been identified – received low marks for her ‘gymnastic performance’ and did not win the contest

The mother of a child at the event, named only as Viktoria Zh., was left furious.

‘This was a children’s contest and there you have a virtually naked woman,’ she said.

‘If I’d have known beforehand, I would have never have let my child attend.

‘There were mostly children in the contest, they were reading poetry and singing.

‘And then came this pole dance performance. Children were led to the side of the stage and they saw it with their own eyes.’

The footage of the pole dancer’s performance was later shared on social media where it sparked a lively online debate.

Netizen ‘Saida’ said: ‘This is horrible’, while ‘Frosia Burlakova’ commented: ‘She looks as clumsy as a mantis!’

Want to work for the royals? The Queen is hiring a housekeeper
World News