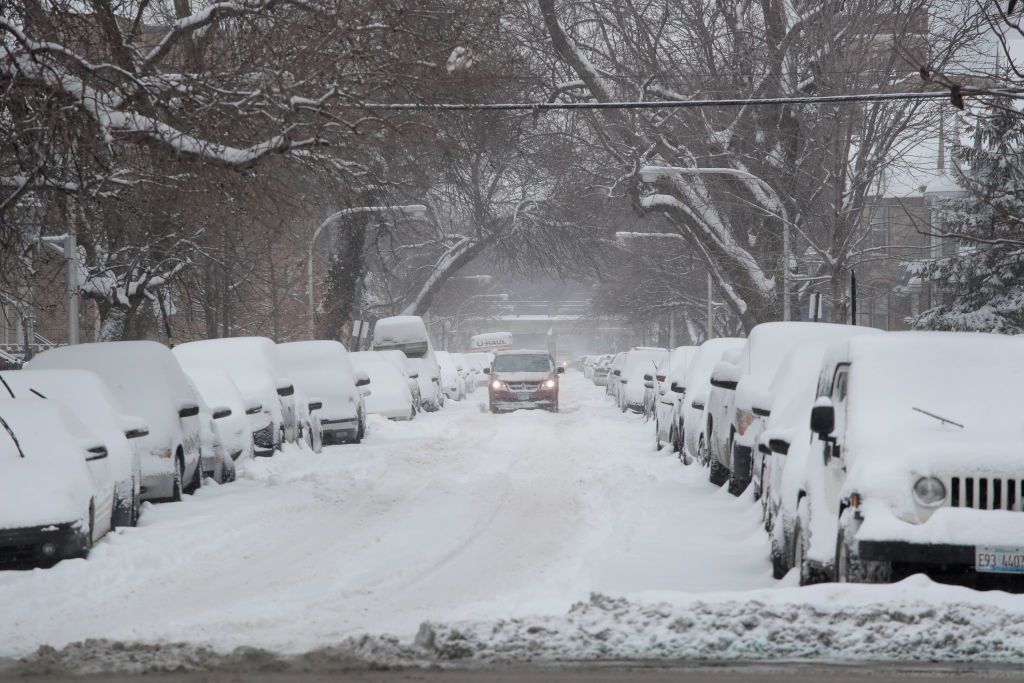 Weather researchers have warning that a Polar Vortex could hit North America over the festive period bring heavy snow and freezing conditions to the USA and Canada.

According to the Washington Post, experts believe there is a chance that the weather phenomenum which usually sits over the Arctic Circle could move south in the coming weeks and see a return of the extreme conditions that hit much of the USA in February and March of this year.

It was Judah Cohen, a climate expert at Atmospheric and Environmental Research, who first warning of the risk in a Twitter post. He said, “Confidence is growing in a significant polar vortex disruption in the coming weeks. This could be the single most important determinant of the weather this winter across the Northern Hemisphere.”

The Polar Vortex is like a river of wind which usually circles the North Pole. While it remains stable weather in the northern hemisphere remains normal. But if the vortex is disrupted it can bring extreme weather conditions, as much of the US and Canada experienced earlier this year.

Back then, temperatures then dropped well below zero, with some places like North Dakota and Minnesota dropping below -30°C and snow blanketing much of the country. Such conditions always cause widespread disruption and can be dangerous for elderly and vulnerable people.

The suggestion that North America could be in for a serious cold spell will come as a shock to many. Back in October, US meteorolgists confidently predicted there was a warm winter ahead thanks to the development of a weak El Niño weather system.

These predictions now look less sure, but the vortex is unpredictable and opinions are divided as whether Cohen’s modelling is correct. Amy Butler from the National Oceanic and Atmospheric Administration, tweeted that “not all other models on board yet so still reason to be cautious.”

But Cohen followed up on his original post by warning that the Polar Vortex was likely to break up into three different vortices, commenting that “this could be very interesting.”

He concluded by noting that climate models had suggested that there was an increased risk of snow on both the East Coast of North America and in Europe early in the New Year. He did however say it was not yet clear whether this was related to the Polar Vortex phenomenum or not.

Weather is never a precise science, but if Cohen’s predictions are correct, it could be a long and cold winter for many Americans and Canadians.

Tuesday's racing tips: A Tuesday longshot to fill your pockets at Southwell from Jack Keene

Sam Smith Enjoys a Night Out with a Friend!
World News