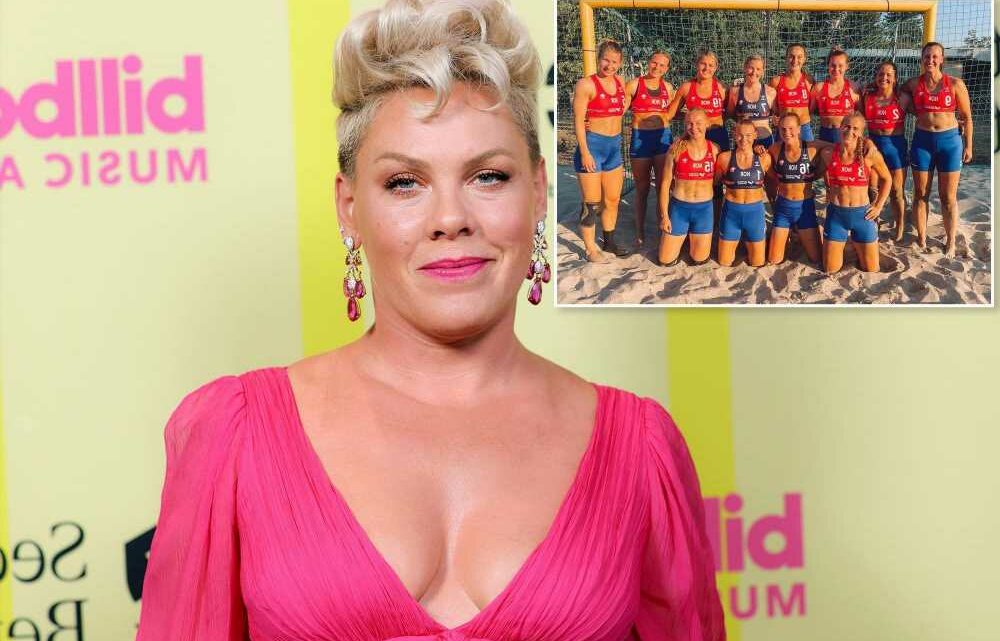 Butt out: Here’s what Olympic handball players think about that bikini-bottoms fine

Popstar Pink has offered to pay the fines handed out to the Norwegian women’s beach handball team — after they wore shorts instead of bikini bottoms.

The sport’s governing European Handball Federation imposed a $1,770 fine — $177 per player — for “improper clothing” in the bronze medal game against Spain during the European Beach Handball Championships in Bulgaria.

“I’m VERY proud of the Norwegian female beach handball team FOR PROTESTING THE VERY SEXIST RULES ABOUT THEIR ‘uniform,’” the three-time Grammy Award-winning singer said in a tweet.

“The European handball federation SHOULD BE FINED FOR SEXISM. Good on ya, ladies. I’ll be happy to pay your fines for you. Keep it up,” the 41-year-old added.

The team expressed its gratitude toward the “Get The Party Started” singer.

“Thank you so much for the support. We really appreciate all the love we have received. You’re the best,” the players wrote on Instagram, where they posed for a team shot in their shorts.

Norwegian Volleyball Federation president Eirik Sordahl last week said: “In 2021, it shouldn’t even be an issue.”

In a statement, Norway’s Handball Federation said: “We are very proud of these girls who are at the European Championships in beach handball. They raised their voice and told us that enough is enough.

“We are the Norwegian Handball Federation and we stand behind you and support you. We will continue to fight to change the international regulations for attire, so that players can play in the clothing they are comfortable with,” it added.

The bikini issue has been debated in beach sports circles for years as some players find wearing them degrading or simply impractical.

The International Volleyball Federation updated its own rules in 2012, and athletes competing in the sport at this month’s Olympics in Tokyo can choose to play in bikinis or one-piece bathing suits or shorts and T-shirts.

Norway’s Handball Federation has been campaigning to change the IHF uniform rules since at least 2006, according to reports.

A Norwegian motion to amend the rules will be discussed in the coming months.