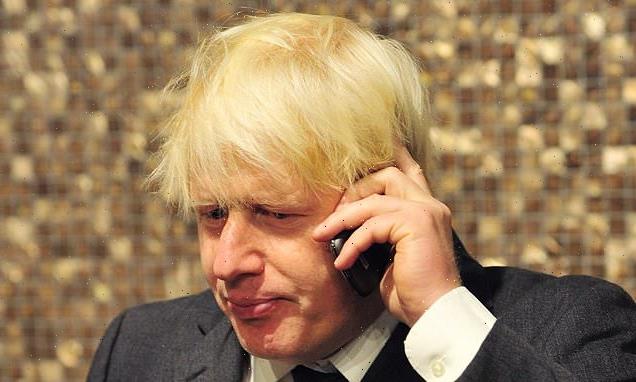 Thought Boris Johnson is the only senior government member whose mobile has been freely available on the web? Justice Secretary Robert Buckland and Transport Secretary Grant Shapps’ numbers were on the internet too

Lord Ricketts said there was an ‘increased risk’ of eavesdropping if the Prime Minister’s contact details were ‘widely available’.

Mr Johnson’s number was contained at the end of a 2006 press release published by a think-tank when he was the Tories’ higher education spokesman. 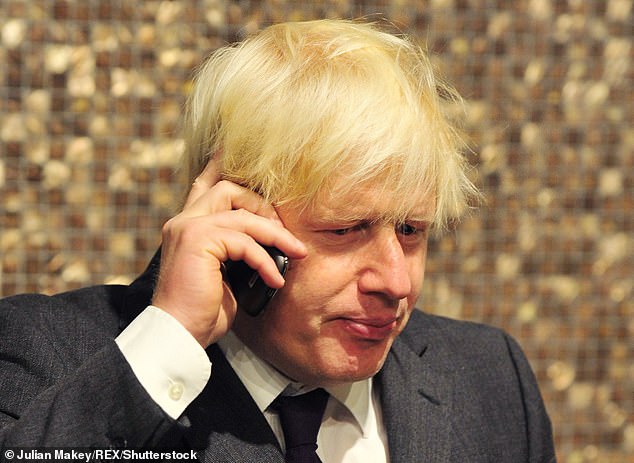 Downing Street refused to say whether Mr Johnson would change his number in light of the disclosure, though calls to the number are ‘currently unavailable’

But the press release was only removed from the website yesterday morning.

Numbers for at least two senior members of the Government were also still available on the internet yesterday. 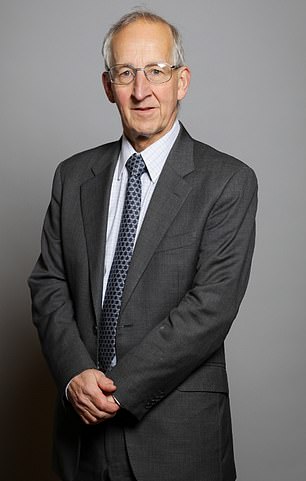 A source close to Mr Buckland said he liked to be ‘available’ to constituents but added that any ‘sensitive’ business was conducted through Government phones.

Crossbench peer Lord Ricketts, who served as the UK’s National Security Advisor between 2010 and 2012, told BBC Radio 4’s Today programme: ‘I know that modern systems like WhatsApp are end-to-end encrypted. Nonetheless, I think one would be worried if a hostile state who had sophisticated capabilities, had the mobile phone number itself.

‘That must increase the risk they’re able to eavesdrop on some… of the communications that are going on, and possibly other non-state actors as well, like sophisticated criminal gangs. So, there is no way of knowing whether that’s true, but there must at least be an increased risk if the number is widely available.’

Downing Street refused to say whether Mr Johnson would change his number in light of the disclosure, though calls to the number are ‘currently unavailable’.

The PM was reported last week to have been told to change it by the Cabinet Secretary because it was too widely known.

Earlier this year his fiancee Carrie Symonds’s number was inadvertently posted online by No10 in a photograph showing their dog Dilyn’s collar.

Questions have been raised in recent weeks over access to ministers amid the row over lobbying, with Mr Johnson under fire for his contact with entrepreneur Sir James Dyson.

During the height of the pandemic last year, the Prime Minister offered via text message to ‘fix’ a tax issue if Sir James’s employees came to the UK to make ventilators. Yesterday Chancellor Rishi Sunak sought to play down the security fears.

Speaking on a by-election campaign visit to Hartlepool, he said: ‘As far as I’m aware, all security protocols have been followed. Part of what makes the Prime Minister special is that he is an incredibly approachable individual.’

But Labour leader Sir Keir Starmer said the availability of the number represented ‘a security risk’. He added: ‘He was warned about it, that tells its own story. I think a lot of people will be concerned, not just about who’s got the number but who’s been using it.’