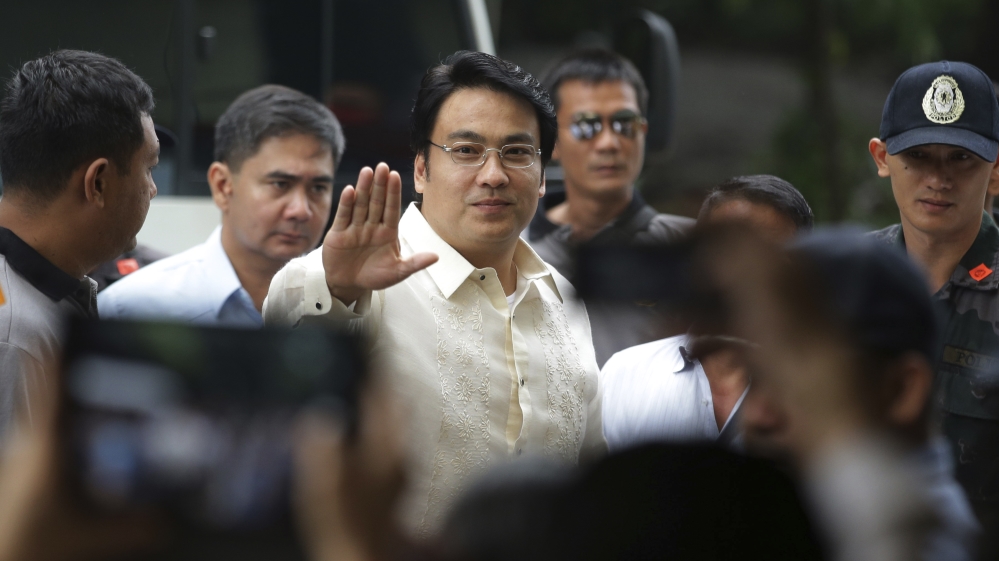 Anti-corruption court to rule on whether Ramon Revilla Jr is guilty of embezzling more than $4m in public funds. 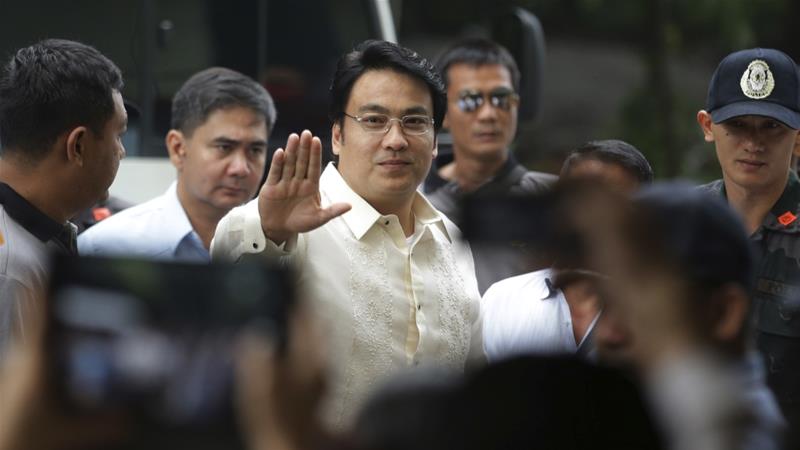 Manila, Philippines – Movie star-turned-politician Ramon Revilla Jr will face a court verdict on Friday that will decide whether he is a hero or villain in the biggest corruption scandal to hit the Philippines in the last decade.

The anti-corruption Sandiganbayan court will announce whether it finds the former senator guilty of embezzling public funds amounting to more than $4m from 2004 to 2013, part of a larger “pork barrel” scam involving another two former senators and several other congressmen who allegedly pocketed a total $189m.

They face allegations of funnelling their legislators’ discretionary funds into bogus organisations set up by businessperson Janet Lim-Napoles, who split the money with them.

The “pork barrel” refers to the practice of appropriating public money for local projects through Congress. A legacy of the late Filipino dictator Ferdinand Marcos, the practice has remained untouched and has become a source of massive corruption.

Revilla’s plunder case will be the first to reach a resolution, and the verdict may foreshadow the way the court will decide on the rest of the “pork barrel” scam cases. That is, whether any high-ranking politician will be punished for corruption.

When Revilla and senators Juan Ponce Enrile and Jinggoy Estrada were charged and arrested for plunder in 2014, the highly publicised “pork barrel” scam investigation hit its climax, capping off then-President Benigno Aquino’s hallmark campaign against corruption.

But as expected, the cases outlasted Aquino’s presidency, and now the political climate has changed dramatically under his successor, Rodrigo Duterte, who has been in office since 2016.

Revilla, Enrile and Estrada were in the opposition during Aquino’s term. Aquino, in fact, drew criticism for only going after political opponents. Only one Aquino ally was tagged in the scandal, and the charge was a less serious “grave misconduct”.

Now, the three politicians are on the side of the ruling power, and are running again for the Senate in May’s midterm polls under parties directly or indirectly allied with Duterte.

Duterte has shown a propensity for doing political favours for his allies while dealing tough blows on his opponents.

For instance, he set his cabinet and his allies in Congress against Senator Leila De Lima, who investigated and strongly criticised his war on drugs. In February 2017, after a humiliating public probe into her personal affairs, she was arrested on illegal drug charges based on testimonies from convicted drug traffickers.

Meanwhile, in November 2016, he permitted a hero’s burial for Marcos, who siphoned off at least $5bn in public funds and saw to the killings of more than 3,000 activists and dissidents during his 21-year rule.

A month earlier, Duterte let slip in a public address that Marcos’s daughter, Imee, donated money to his presidential campaign. Imee Marcos denied it. She is now running for senator, too, under Duterte-Carpio’s political coalition.

If Revilla is convicted of plunder, he could appeal the verdict at the Supreme Court, where the new chief justice appointed recently by Duterte, Lucas Bersamin, has a record of deciding favourably towards the president and his allies.

As the high court’s associate justice, Bersamin affirmed the hero’s burial for Marcos, and De Lima’s arrest. In August, when Estrada sought the dismissal of his plunder case, Bersamin cast a minority vote to grant it.

Revilla is now the only ex-senator in jail for the “pork barrel” scam. Although Philippine law prevents plunder suspects from posting bail, the 94-year-old Enrile got a concession for “humanitarian reasons”. Estrada, too, got a reprieve after the anti-graft court decided the evidence against him was not very strong.

“God is good,” Revilla told reporters on the last day of his trial that ran four years.