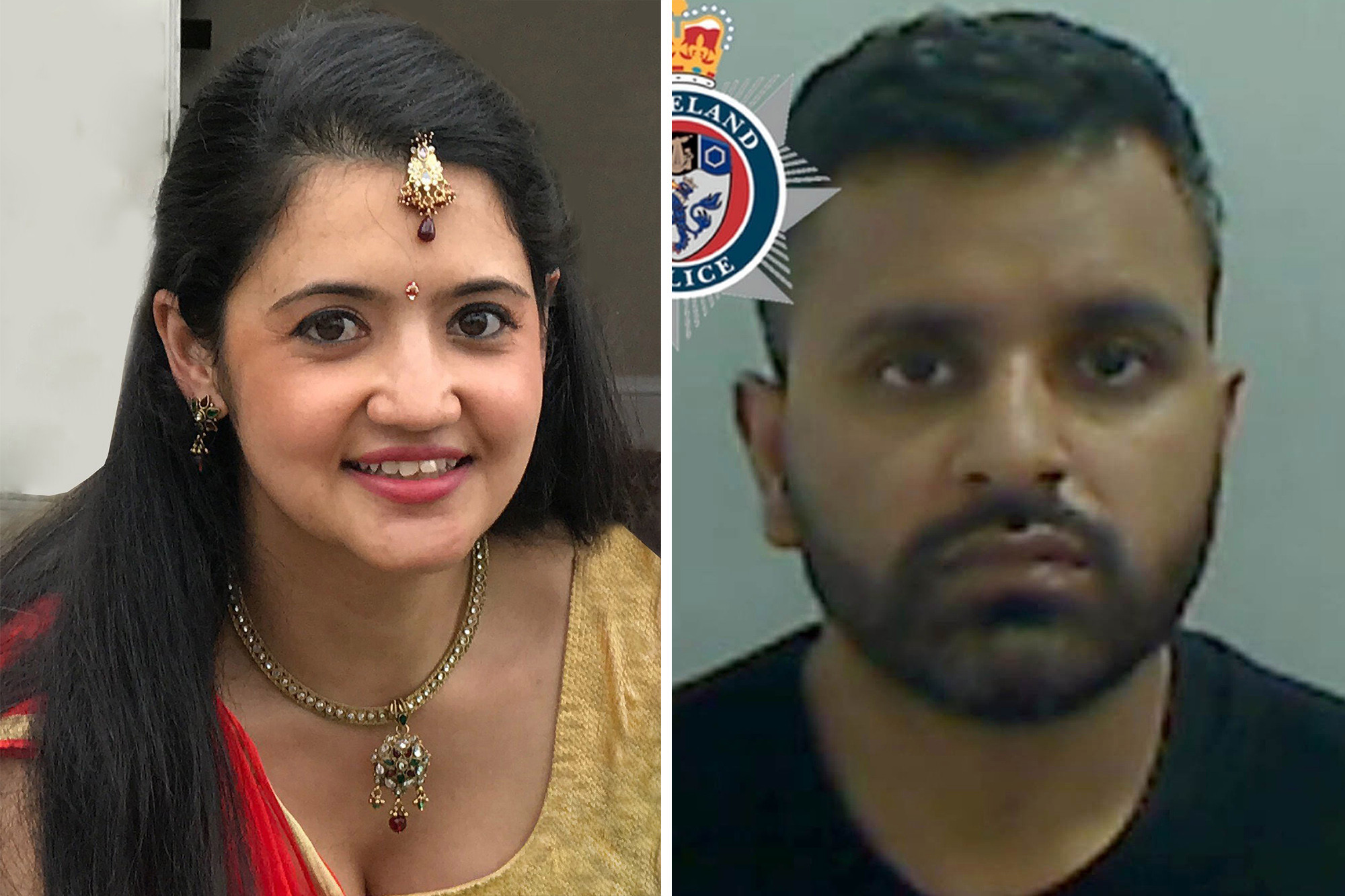 A killer pharmacist called 999 (the UK’s version of 911), claiming home invaders had tied up and murdered his wife. In reality, he killed her so he could run off with his gay lover.

Mitesh Patel was jailed for life Wednesday with a minimum of 30 years for suffocating Jessica with a grocery bag at their home in England.

Patel injected his wife to subdue her when she came home from work May 14, then strangled her with the bag before faking a break-in.

He was convicted of her murder after data from his iPhone health app showed how he had frantically climbed up and down stairs while staging the scene.

Patel then dialed 999 and coolly said: “Oh hiya, I think we’ve been burgled and my wife’s been attacked.”

The couple ran a successful pharmacy together but their marriage was unhappy, with Patel repeatedly seeking sex with men on the Grindr dating app.

He was in a secret relationship with his “soulmate,” Dr. Amit Patel, who had emigrated to Sydney and with whom he hoped to bring up his and Jessica’s baby.

CCTV footage from outside the couple’s home also showed Jessica entering the property for the final time and no one else coming or going until the body was discovered.

After the murder, police discovered syringes prepared with insulin in Patel’s laptop bag and one was empty.

Prosecutor Nicholas Campbell said: “From various life insurance policies Mitesh Patel stood to profit from his wife’s death to the tune of [$2.5] million.”

“He was planning to use that money to start a new life in Australia shared with the person he really loved … another man named Dr. Amit Patel.”

Despite his repeated infidelity with men he met on Grindr and also being in love with Patel, Mitesh desperately tried to persuade his wife to have a baby using IVF.

When she voiced her doubts about going through with the process, the husband texted her: “Ok then I’m telling you this then we are parting ways.”

But she did eventually go through three cycles of the fertility treatment and the last was successful, resulting in three embryos that now lie frozen in a clinic.