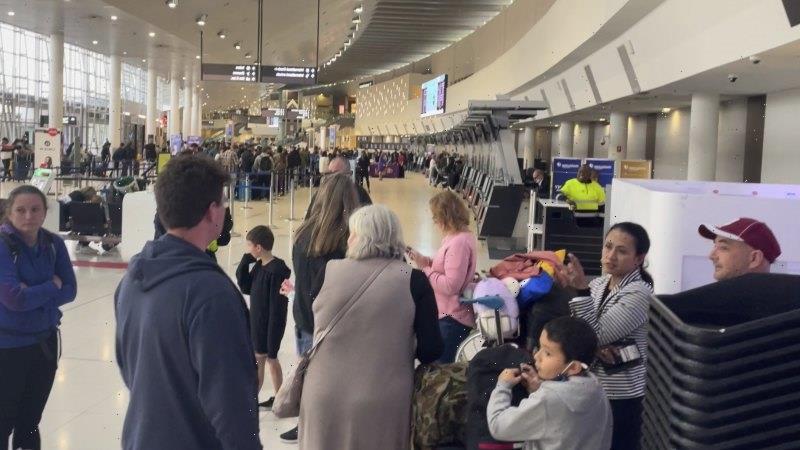 Problems continue to plague Perth Airport with the 18,000-bay car park fully booked and multiple flights cancelled at the last minute on Tuesday afternoon, with distraught passengers left on the tarmac. 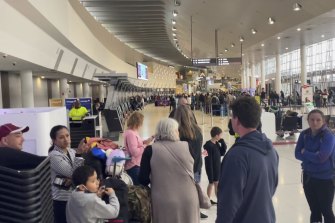 Meantime, another Jetstar Perth to Bali flight was also cancelled abruptly for the third day in a row.

One Sydney-bound customer described the situation as ridiculous.

“[We’re] angry customers for Virgin, we’ve been here since 11am trying to catch a flight, nobody has helped us, nobody has done nothing, nobody will even speak to us,” she told 9 News Perth.

“There’s no flight, we don’t know why … I’ve been standing here for the last two, three hours trying to work out what’s going on.”

Those on board the cancelled Sydney flight have been offered a revised flight due to depart on Thursday.

Travellers are also struggling to reach the airport, with its 18,000-bay car park full.

A Perth Airport spokesman confirmed the airport car park was experiencing unprecedented demand due to a strong FIFO-related bookings coupled with those travelling during school holidays.

“A surge in demand means that no further online bookings with be available for bookings starting in the next 72 hours,” he said.

“Passengers are advised to plan in advance and book parking online at least a week prior to their trip to secure a parking bay and to access the best available rate.

“Those travelling in the next few days should consider taxi or ride-share options to get to the airport.”

The Transport Workers Union national secretary Michael Kaine said more than half of its members who responded to a survey were concerned about roster uncertainty and pressures for pilots to work while tired or unfit to fly.

“The (survey) results show workers continue to bear the brunt of aviation’s peaks and troughs while profit-fanatic executives draw bonuses and exorbitant salaries,” he said.

“We need a commission to rebalance aviation, support good jobs, and ensure Australians can always rely on safe and secure skies.”