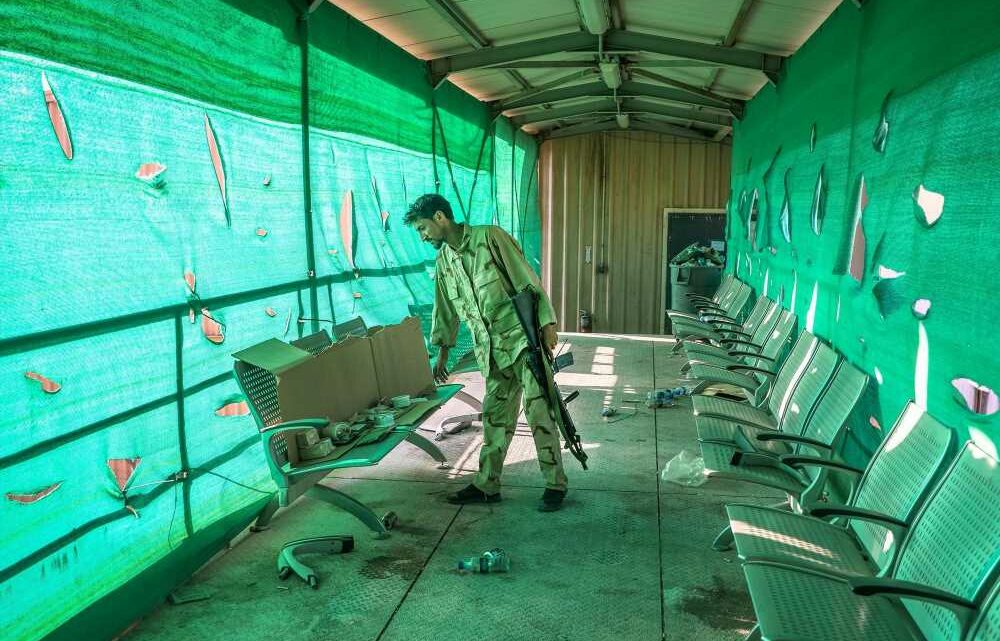 Taliban celebrate seizure of US weapons from Afghan troops

China ramping up Afghanistan involvement amid US withdrawal

​The Defense Department confirmed that it notified Afghan officials about pulling US forces from Bagram Airfield — but didn’t inform them of the exact timetable because of security concerns — as the Pentagon goes on defense after the sudden withdrawal allowed looters to run loose in the base​ and steal American military equipment​.

“The specific conversation and coordination about the turnover of Bagram, the final conversations occurred about 48 hours prior. Obviously, for operational security reasons, we didn’t go into the exact hour at which all US forces would leave Bagram,” Pentagon spokesman John Kirby said Tuesday.

“As I’ve said from the outset, we have had to operate under the assumption that this drawdown could be contested at any time.  And so we’re very careful about what we say and how — how much detail we provide out there, but there was coordination,” he said.

Afghan army commanders​ said they didn’t receive prior notice of the withdrawal and weren’t able to provide security for the base, which US forces used as a hub to hunt down al Qaeda terrorists during the 20-year war.

They claimed that when the US military shut off water and electricity to the sprawling base, it acted as a “go” signal for the looters to ransack the place before Afghan security forces patrolling the perimeter could react.

“We (heard) some rumor that the Americans had left Bagram … and finally by 7 o’clock in the morning, we understood that it was confirmed that they had already left Bagram,” said new base commander Gen. Mir Asadullah Kohistani.

But Kirby re​jected that argument, saying the US military coordinated the “eventual turnover” with Afghan government leaders and security forces.

“It was the seventh and the final base that we turned over to the Afghan National Security Forces. You don’t do that in a vacuum and this wasn’t done in a vacuum,” Kirby said.

“I can’t speak for the level of information that went down the Afghan chain of command but I can tell you that Afghan leaders, civilian and military, were appropriately coordinated with and briefed about the turnover of Bagram Air Base,” he continued.

T​he withdrawal from the base is part of the overall effort to have all US troops out of Afghanistan by the Biden administration’s Sept. 11 deadline.

Already, Central Command said the US is about 90 percent through the withdrawal process and it could be completed before the end of August.

But as the drawdown continues, Taliban fighters are ramping up military operations and advancing into northern Afghanistan, taking back ground they lost to the US military.

In their presence, more than a thousand Afghan soldiers have fled across the Tajikistan border and a number of countries have either closed their consulates or dramatically reduced operations.

As they flee, Afghan forces are turning over their US-supplied weapons to the Taliban, who pose with them in celebratory videos the militant group posts on social media.