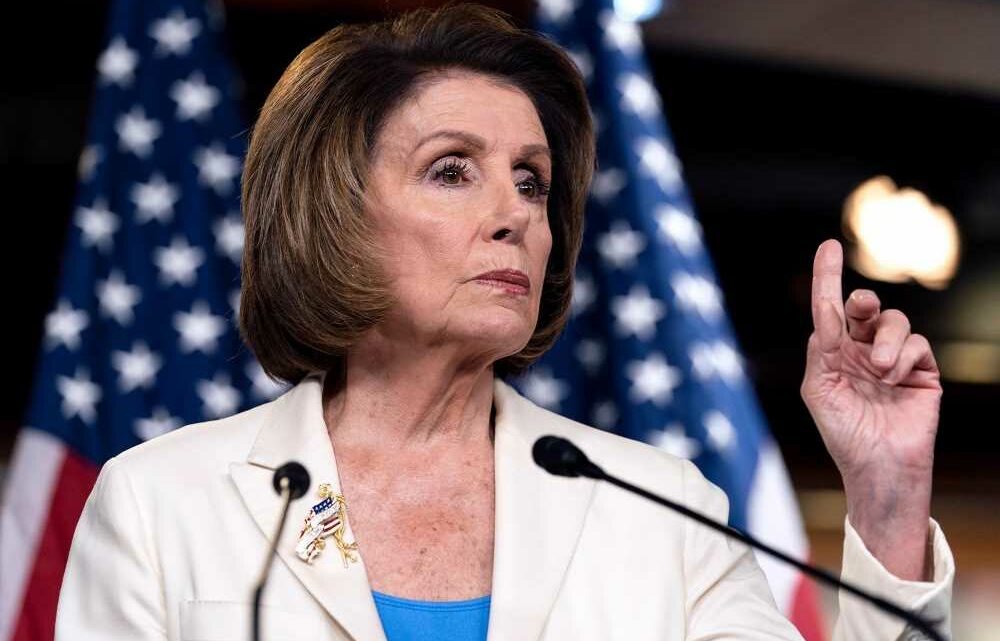 Pelosi says no to Senate compromise on infrastructure without House reconciliation

GOP is being fooled by this infrastructure ‘deal’

Biden’s already facing backlash for bipartisan infrastructure bill: ‘I clearly didn’t get all I wanted’

Speaker Nancy Pelosi threw cold water on the notion that the House of Representatives would take up the Senate’s bipartisan infrastructure deal Thursday — unless the Senate also passed the Democrats’ reconciliation bill.

Pelosi (D-Calif.) made the comments during her weekly news conference after being asked about the compromise package, which President Biden made a surprise endorsement of on Thursday afternoon.

“I’m very optimistic that it will happen. And I don’t want to say allay the fears — I don’t think they’re fears, they’re just advocating. And God bless them for doing that. But we’re not going down the path unless we all go down the path together,” she continued.

Biden announced the deal alongside the bipartisan group of senators who crafted the legislation Thursday on the White House driveway.

“I clearly didn’t get all I wanted. They gave more than I think maybe they were inclined to give in the first place,” the commander-in-chief said.

Pelosi’s demand that Democrats’ policy priorities also be addressed was a message to all she was negotiating with.

The top ranking House Democrat needs progressives to agree to get on board with voting for the smaller package — given that the party-line proposal calls for $2.3 trillion versus the compromise $1.2 trillion — with the guarantee that moderates in the Senate would vote for a second bill on the budget reconciliation track.

Budget reconciliation allows the majority party to bypass the legislative filibuster, the Senate rule requiring 60 members to end debate on most topics and move forward to a vote.

The Senate is split 50-50 between Republicans and Democrats, though Vice President Kamala Harris, as Senate president, has a tie-breaking vote. Still, 51 votes are not enough under current rules to break through the filibuster.

Biden split his two-part “Build Back Better” proposal, a centerpiece of his post-COVID campaign message, into two packages for Congress to pass.

The first, the “American Jobs Plan,” focused on infrastructure, while the second, the “American Families Plan,” is aimed at funding Democrats’ domestic policy platform.

Republicans took issue with the second package, which they argued stretched the definition of infrastructure.

Sen. Joe Manchin (D-W.Va.), a member of the compromise group who could also single-handedly derail a budget reconciliation bill in the evenly divided Senate, said Thursday that he was not on board just yet, making him the critical holdout to pushing this deal through.

“We have to see what’s in the other plan before I can say, ‘Oh yes, you vote for this and I’ll vote for that.’ That’s not what I have signed up for,” the West Virginia senator said, “I only signed up for what’s in the plan that makes sense, keeps us competitive and also takes care of the needs of Americans.”

Biden is attempting to court both moderates and progressives, however, saying in remarks in the White House East Room that he would not necessarily sign the compromise bill without the reconciliation package.

“If they don’t come, I’m not signing it. Real simple.”