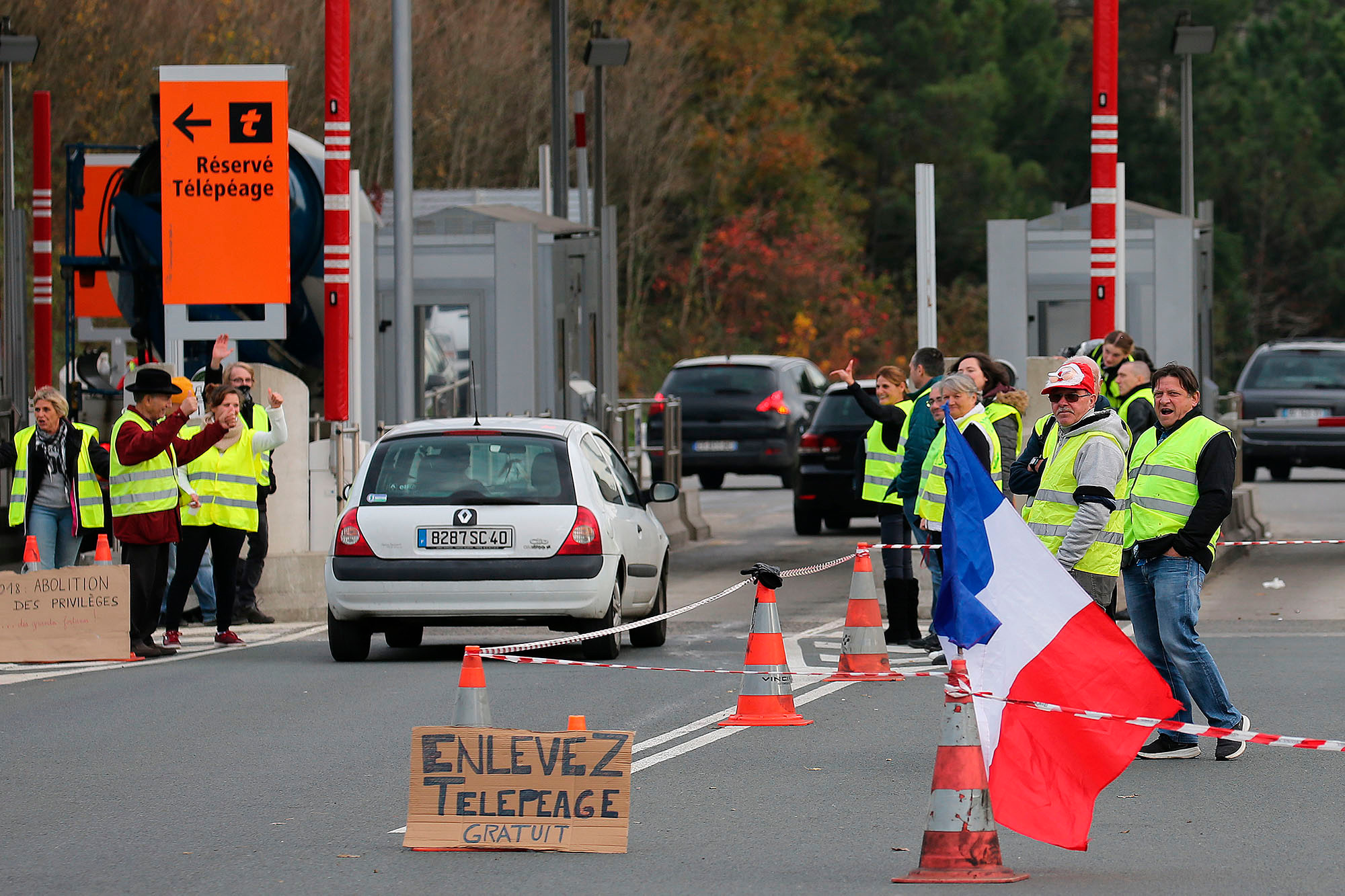 Paris revolts are a victory for those the French elites forget

French President Emmanuel Macron’s humiliating retreat this week on his signature fuel-tax hikes should be a warning to all anti-climate-change warriors: Consider the harm you’re doing in the course of fighting something else.

Passed months ago, the first increase in gasoline and diesel taxes hit amid a sharp rise in prices, for a sticker shock that brought rage across the country — particularly outside the cities where the nation’s elites reside.

In mid-November, spontaneous protests broke out — with demonstrators in the hundreds and thousands donning the yellow vests (gilets jaunes) that every French vehicle must carry in case of a road accident. Many more drivers showed solidarity by scrunching up their vests below their windshields.

Macron first moved to let Parliament suspend the tax hikes at times of rising prices, but the protests grew — becoming so huge they won comparisons to 1968, when left-leaning youth all but shut down the nation.

After jetting back from the G-20 meeting in Buenos Aires, the president gave in. Prime Minister Edouard Philippe said Tuesday that the tax hike is now pushed back six months to allow more public discussion.

“It’s a small victory,” David Roig, a 29-year-old taxi driver told The Wall Street Journal. “But what we want isn’t a delay. It’s the cancellation of the planned tax increase.”

As economist Bjorn Lomborg has repeatedly noted, too many ideas for fighting climate change are losers: They impose greater costs than the peril they’re meant to prevent.

Those policies are even more foolish when they hit hardest on those least able to afford them — people too often invisible to technocrats and trendy urban elites.

Invisible, that is, until they put on those yellow vests …