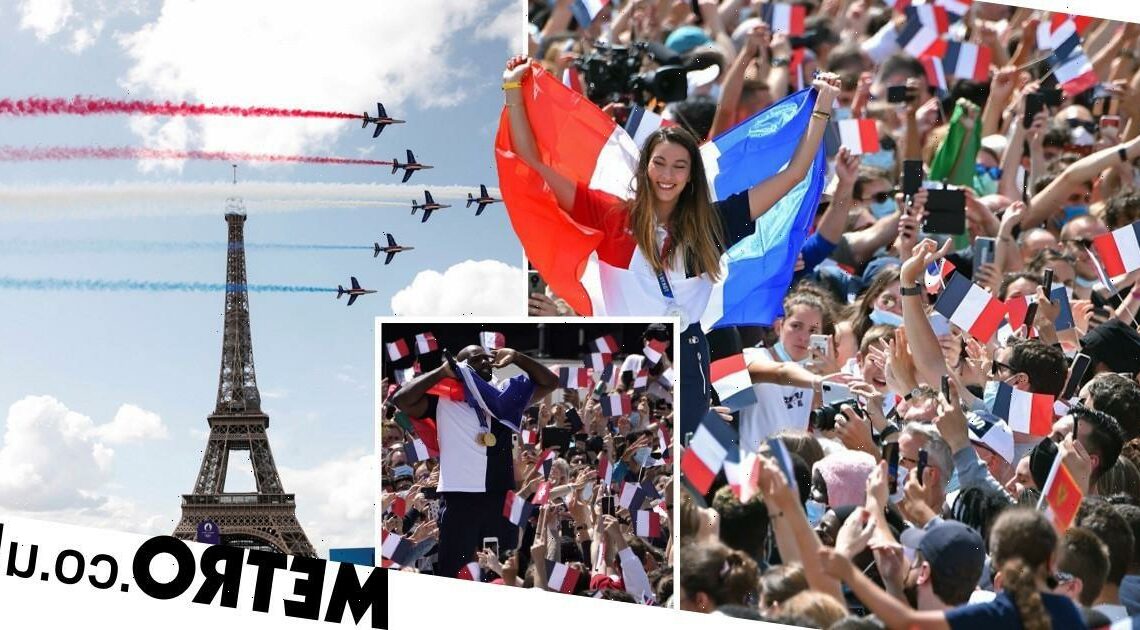 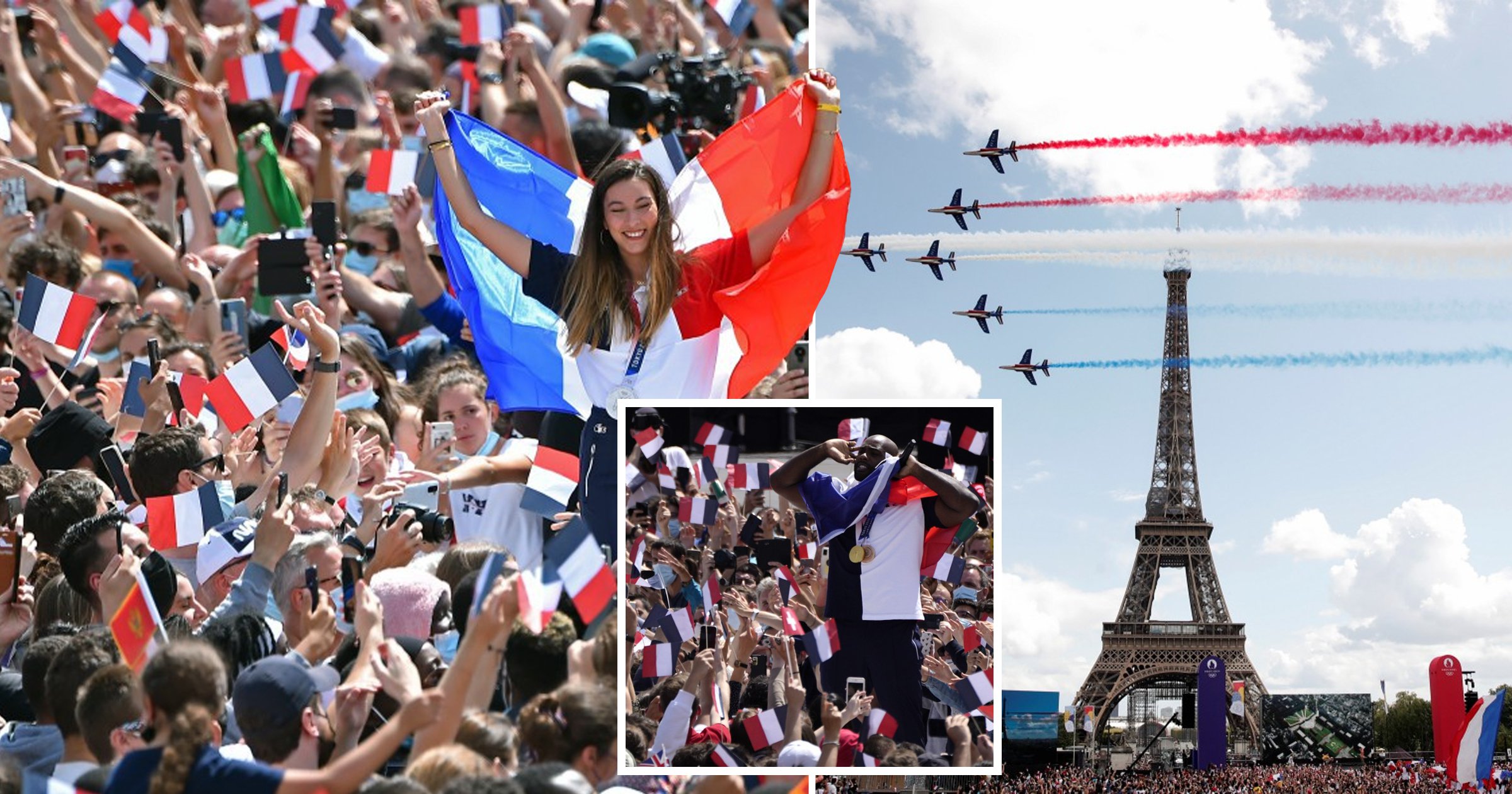 Thousands of people celebrated in Paris on Sunday as Tokyo handed over the Olympic Games to the French capital.

A spectacular ceremony near the Eiffel Tower came as the games in Japan came to a close, a year after the delayed event was due to finished.

While Tokyo watched a stunning closing ceremony, thousands of miles away planes released blue, white and red smoke — the colours of the French flag — in a flypast over the iconic building in Paris.

Organisers had planned to unfurl a football-pitch sized flag with the emblem of Paris 2024 from the tower, but opted against it because of high winds.

Thousands of people, including medalists, gathered to mark the handover, with President Emmanuel Macron filmed on the top floor of the Eiffel Tower saying the Olympic slogan ‘higher, faster, stronger’ and adding: ‘Together’.

It comes after Great Britain put on one of its best ever performances at an Olympics during the last fortnight at Toyko 2020.

The French event took place during the Tokyo closing ceremony, after the Olympic flag was formally handed over to Paris Mayor Anne Hidalgo.

It was followed by a concert performed by French artist Woodkid at the foot of the Eiffel Tower.

Paris will organize the Games 100 years after last hosting the Olympics in 1924 – and two years after Beijing hosts the winter Olympics.

In Tokyo, those athletes who had not returned home watched the ceremony, which included a stunning lights show, in an otherwise almost empty stadium.

Her husband Jason Kenny won gold hours before the ceremony to become the most decorated British Olympian ever.

GB’s medal haul matched the number earned at the country’s home Olympics in London in 2012 and is only two short of the record Rio total in 2016.

There were 22 gold medals won – the fourth-best performance ever by a British team.

Prime Minister Boris Johnson said the nation’s successful Olympians have demonstrated ‘there is no limit to what we can achieve’, while the Prince William and his wife Kate said the athletes have shown ‘strength, passion and determination’.