Parents have voiced fears their children could be sexually assaulted or bullied after a secondary school introduced gender neutral toilets.

Year 9 pupils at Swanmore College, near Southampton, have been allocated cubicles to stop the spread of coronavirus when they return to school next month.

Angry parents claim the toilets were installed without warning, their children are now being unfairly ‘pushed’ to use them and the concept of gender-neutrality is ‘being forced down their throats’.

Boys and girls have one cubicle assigned each, with three additional, non-allocated toilets.

One mother claimed the change is putting pupils at risk of sexual assault, abuse and bullying.

But the school insists a consultation was unnecessary as its decision to introduce its unisex toilet block was based on ‘equality’. 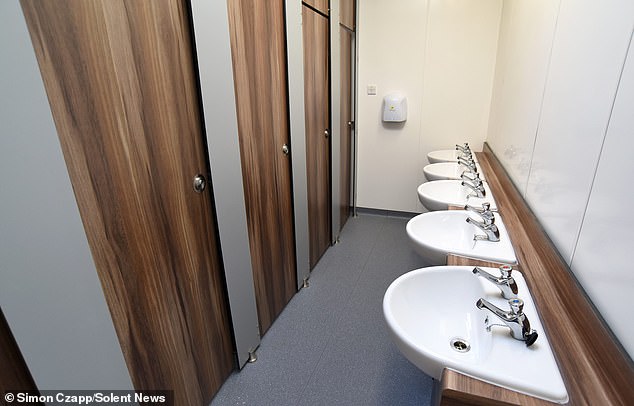 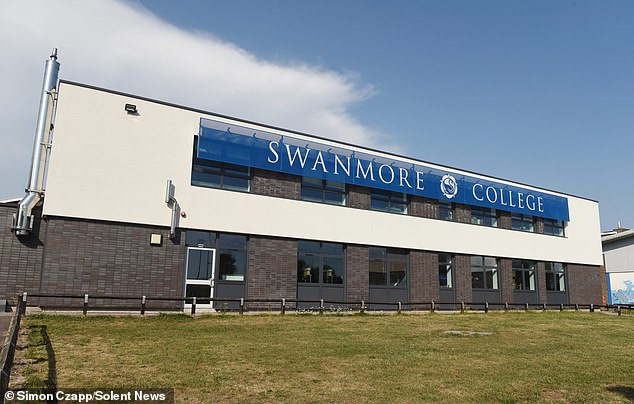 Parents at the secondary school in Swanmore have hit out over the lack of consultation, with one mum warning it puts Year 9 pupils at risk of sexual assaults, bullying and abuse

The new toilets were unveiled for the first time on Facebook just weeks before the start of the new school term.

Mother Jo Smith, from nearby Bishop’s Waltham, said: ‘We weren’t consulted on this “new normal” and at no point did gender neutral dominated toilets come into question, before lockdown or following.

‘This was not explained. Many kids and parents object strongly.’

The 37-year-old added: ‘Even as an adult I wouldn’t be happy at all to use toilets in this fashion.

‘Seems like a push concept. So you now have to accept gender neutral to have a wee?? Don’t agree at all.’

Parent Matthew Shelley said: ‘This would have been a different situation if it had been planned and actioned better.

‘Communication was poor and planning was non existent. 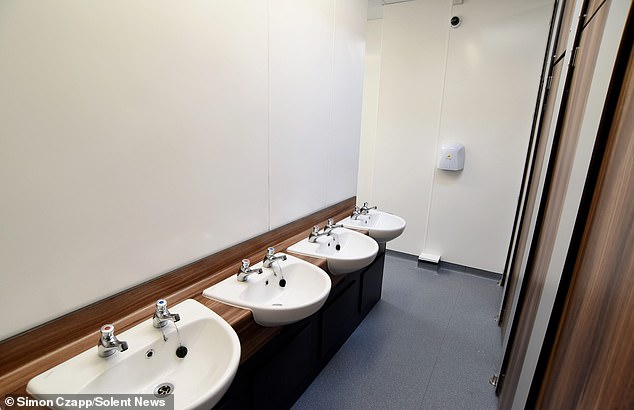 ‘You have given the kids no choice in Year 9 so have taken away the option for the kids to embrace the change and have forced it down their throats.’

Mother Natalie Deans added: ‘I am not happy about this. Sorry, this makes me very nervous of sexual assaults, abuse, name calling.

‘As an adult I wouldn’t use these toilets so will not force my child too.’

The school says it decided to transform one of its 13 toilet blocks into gender-neutral toilets after calls from students.

Initially, they were simply designed for pupils who wanted to use them but staff have been forced to allocate the block solely to Year 9 students.

The move means every year group in the school can use designated toilets to help stop the spread of coronavirus. 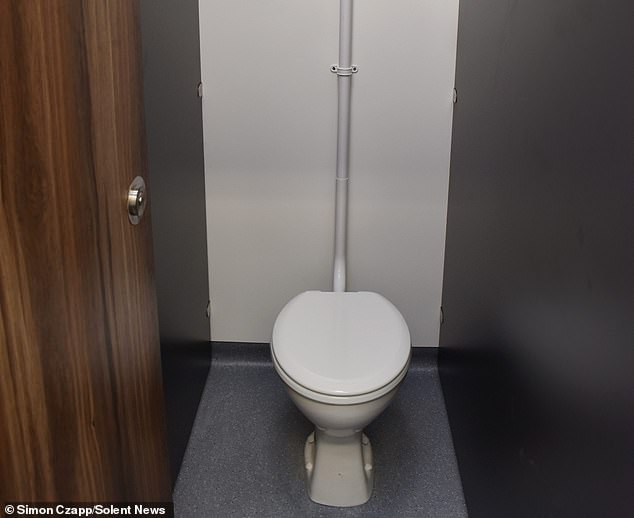 Headteacher Kyle Jonathan replied to concerns from parents by saying: ‘I don’t feel in today’s equal society, we should ask permission to be inclusive’

There is an open-plan entrance lobby and communal areas will be monitored by CCTV, the school added.

Headteacher Kyle Jonathan said: ‘We understand that this has caused shock to some parents and so we have made an accessible toilet available to any year 9 pupils not comfortable using the gender-neutral toilets.

‘But the reality is, it is 2020 and to ask permission to have gender-neutral toilet feels like it’s not in line with the equality we are looking to offer.

‘It’s a significant cultural shift – everything has always been gender assigned in the school for the past 50 odd years.

‘We fully understand it’s a new way of thinking. We did this because it was raised for a number of years by the pupils that they wanted to have gender-neutral toilets.

‘When we were approaching this – a renovation of one of our 13 toilet blocks – we did not feel a consultation was justified because we would not consult on putting in another accessible toilet.

‘I don’t feel in today’s equal society, we should ask permission to be inclusive.’