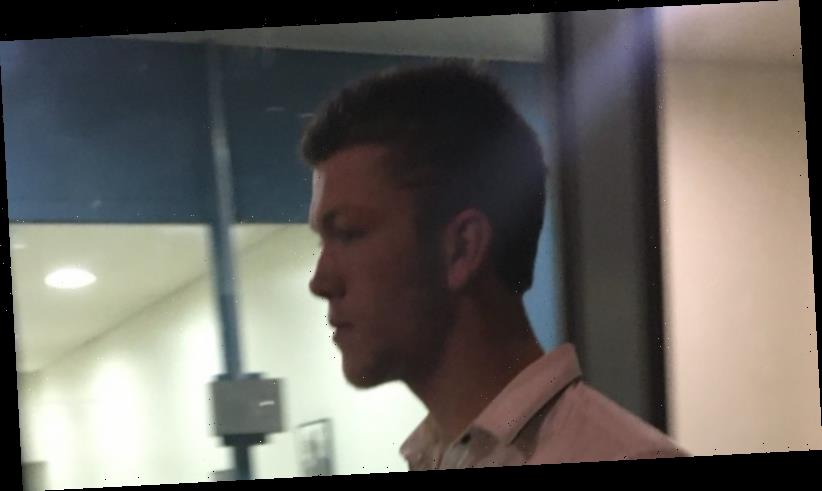 A P-plate driver who caused a crash that killed two young people and left a teenager paralysed had a history of dangerous driving and hooning, a court has heard.

Hayden Currie was 19 and had three teenage friends in his green Mazda when he slammed into a grey Nissan at an estimated 149km/h in Oakleigh East on September 29 last year. Another road user told police the Mazda flew past like a "bullet" moments beforehand. 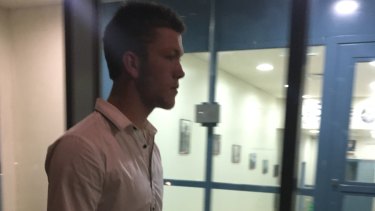 Hayden Currie leaving an out of sessions hearing after he was released on bail in 2019. Credit:Sumeyya Ilanbey

The Nissan, hit side-on as it moved across Ferntree Gully Road from a side street, was shunted 60 metres and burst into flames. Its driver, 21-year-old Shannon Juriansz, died instantly.

In the back seat of Currie's car, Jacinta Barnett, 19, suffered critical injuries and died later in hospital, while Lucca Smeraldo, then 18, suffered a broken jaw and injuries that caused paraplegia.

An 18-year-old woman in the front passenger seat suffered a broken sternum but she and Currie were spared more serious injury by the Mazda's airbags. They were on their way to meet friends that night, having watched the AFL grand final together the previous day. 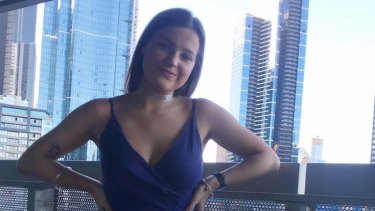 Currie did not call triple zero or help his friends in the moments after the crash, prosecutor Angela Moran told the County Court on Thursday and instead called his father and one of the friends he had intended to meet.

There were no signs of alcohol or drugs in Currie's system, but the court heard of other evidence that highlighted the danger the apprentice carpenter posed on the road.

One of his passengers told police he was notorious for speeding, "especially when he has girls in the car" and that friends had previously told Currie to slow down.

Footage taken from the dashboard camera showed Currie regularly drove at high speeds in what Ms Moran described as a "hobby" and said was "deliberate recreational hooning". 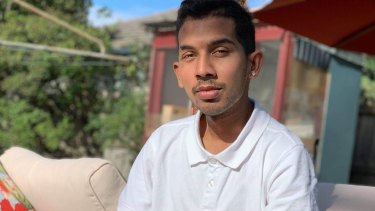 Shannon Lorenzo Juriansz, who was also killed in the crash.

In the weeks before the crash, he drove at 178km/h in a 70km/h zone in a drag race with another driver. He had also accrued seven demerit points with VicRoads.

Ms Barnett’s mother, Samantha, said she was concerned Currie was a danger and hoped her daughter's death would warn others they had to trust their drivers.

"You were responsible to keep her safe," she said, crying as she read her victim impact statement.

"She took a risk and it cost her her life. I will never forgive you for that."

The teen was a kind, happy and patient young woman with a talent for photography, and her mother wanted Currie to see Jacinta's younger sister to understand the pain he had caused.

Mr Juriansz's family said there was no longer laughter in their home. Regarded as kind and helpful, Mr Juriansz was driving the car he rebuilt to assist a friend.

Mr Juriansz's brother, Royen, said the crash had "ruined my life and ruined so many people's lives".

Mr Smeraldo and his family also completed victim statements but they weren't read to court.

Currie wrote a letter of apology, but the victims' families didn't want to hear it.

Judge Michael McInerney was asked to consider what impact, if any, Currie's ADHD had on his actions.

Judge McInerney also questioned whether Mr Juriansz contributed to the collision as he was required to give way before he drove across the major road.

But the prosecutor said Mr Juriansz would have been unable to appreciate the danger of Currie's "extraordinary speed" in a 70km/h zone when only one of the Mazda's headlights was working.

Currie is now in custody and will be sentenced next month.

‘The Vampire Diaries’: Ian Somerhalder Would Do a Nude Role if it Meant Somehow Solving This Issue