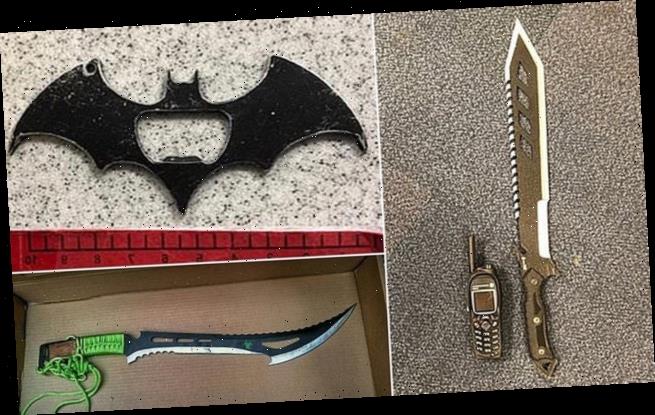 Owners of zombie knives and knuckledusters will get payouts

Owners of zombie knives, knuckledusters and other weapons will get payouts when they hand them in to police

Owners of zombie knives, knuckledusters and other weapons valued at £30 or more will be ‘fairly compensated’ when they hand them over to authorities, ministers have said.

Home Office Minister Baroness Williams of Trafford told the House of Lords that the proposals may ‘stick in their craw’, but said it was needed to ‘take dangerous weapons off the street’.

The three-month taxpayer-funded scheme is expected to start in the late Autumn, with a ‘values list’ indicating what will be paid for each weapon.

The Offensive Weapons Act passed a vote and received royal assent on May 16, making it illegal to privately own specific types of weapons in the UK and to sell bladed products online without verifying the buyer was aged over 18.

The legislation was introduced by the Government in response to a spike in serious violence, including knife crime.

The capital reached a ten-year high in homicides last year with 149, a 50 per cent rise since 2014. A homicide is where one person kills another, which includes fatal stabbings and shootings.

Owners of zombie knives (pictured), knuckledusters and other weapons valued at £30 or more will receive compensation when they hand them to authorities 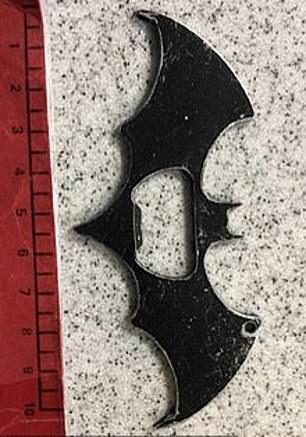 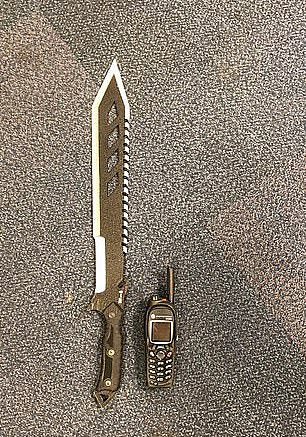 Ministers said the proposals may ‘stick in their craw’ but are needed to get dangerous weapons off the street. Knuckleduster, left, and zombie knife, right 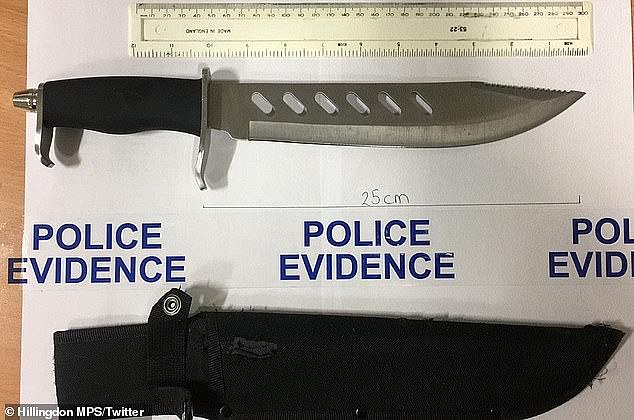 It comes in response to a spike in knife crime. London’s homicide rate hit a ten-year high last year with 149 cases. Homicide is when one person kills another

Baroness Williams told the Lords the Government’s ‘overarching objective is to fairly compensate those giving up their lawful property so that we can take these dangerous weapons out of circulation’.

‘The regulations reflect the principle,’ she continued, ‘that prohibiting items that are currently lawfully owned impacts on the individuals right to property’.

‘They will make it more difficult for young people to get access to knives in the first place, including those knives which are particularly prevalent in violent incidents.’

She added that the scheme was needed to reflect that the weapons had previously been legally owned, but were now outlawed.

The Government’s scheme caused some concern in the Lords, with peers asking why people were being handed taxpayers money to hand over unlawful weapons. 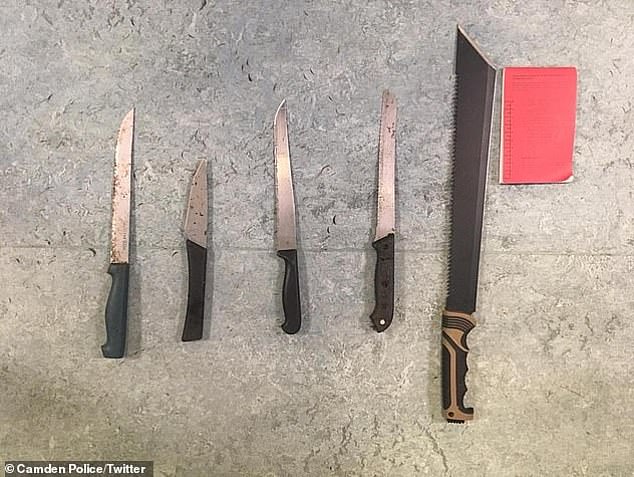 It became illegal to privately own zombie knives after the Offensive Weapons Bill received royal assent on May 16. Pictured above are two zombie knives 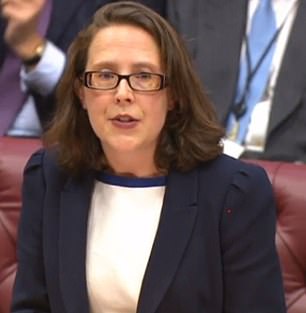 Opposition spokesman Lord Kennedy of Southwark said: ‘I think these weapons are illegal and they should just be handed in.

‘I can see no reason why anyone would need to own a zombie knife.’

However, non-affiliated peer Baroness Kennedy of Cradley signalled her support.

‘Some may ask why anyone would need weapons like this in the first place and why the Government is paying compensation to the owners to hand them in – they are illegal and they should just be surrendered,’ she said.

‘However, I can see the point that this will incentivise getting these weapons off the street and of course that is something we all want to see.

‘Knife crime has had a devastating effect in London and elsewhere across the UK, with so many young lives lost in senseless killings.’

Lady Williams said the compensation scheme was for weapons that had been legal to own, but were now outlawed.

‘But I can understand those for whom it might stick in their craw for us to be paying compensation for weapons that are now illegal,’ she said.

Brits down 7,786 pints of lager and 5,579 packets of crisps on average during lifetime