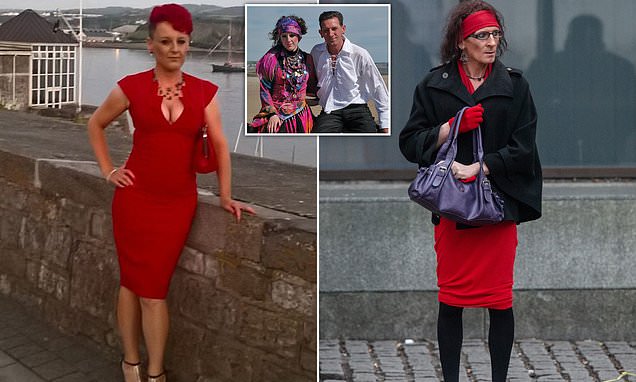 Opera singer ‘living in fear’ of ex after marriage breakdown

Opera singer, 36, says she is living in fear of her former manager, 52, after the break down of their year-long marriage 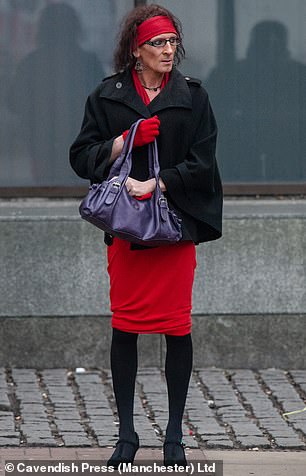 An opera singer has told how she is living in fear of her ex-manager, who hounded her following the breakdown of their year-long marriage.

Mother-of-two Gypsy Watkins, 36, was bombarded with emails and text messages by 52-year-old concert promoter Purple Watkins after she asked for a divorce.

Over a 12-month period, Watkins, who now identifies as a woman and goes by the name Princess Purple Watkins, harassed Gypsy with emails and text messages referencing the performer’s children while refusing to sign divorce papers.

Messages read ‘jealousy will destroy you’, ‘I never kissed anyone since being with you’ and ‘don’t use the kids against me’.

Police issued a warning notice against Watkins but the agent continued the campaign until officers issued a harassment charge.

Street performer Mrs Watkins, who sings hits such as Nessun Dorma to passers-by in Plymouth, said: ‘I am dreading that he could turn up to the door one day.

‘I have had to stop my college course and I am constantly on edge and scared by the actions.

‘I do not want any contact with Purple, but he won’t sign the divorce papers. I do feel it is stopping me from progressing in my future.

‘I had to hide my Facebook and he kept messaging my friends and commenting on my photos. I have managed to hide all this from the children.’ 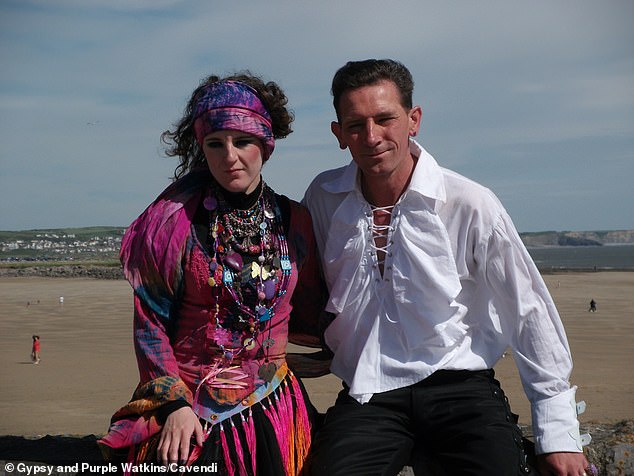 At Manchester Magistrates’ Court, Princess Purple Watkins, from Pendlebury, admitted a charge of harassment without violence between November 2016 and November 2017.

Watkins was given an eight-week jail sentence suspended for 12 months and banned from contacting Mrs Watkins for two years under the terms of a restraining order. 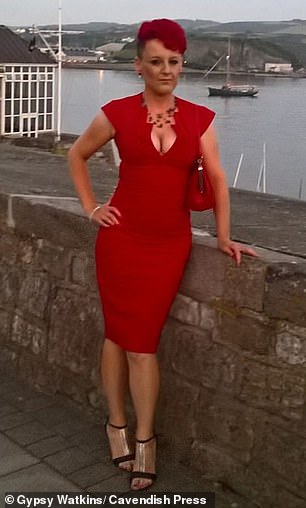 Watkins was barred from entering Plymouth and ordered to pay £200 in court costs and victim surcharges.

The couple were a familiar sight in the market town of Highbridge Somerset where flamboyant Mrs Watkins performed arias in the street and at open air concerts.

Gypsy asked her agent to adopt the name Purple, who changed the forename by deed poll.

The couple founded the Gypsy and Purple Foundation to help raise money for terminally ill children.

In 2015 Gypsy stood as an Independent candidate against Liberal Democrat MP Tessa Munt in the General Election but came last with just 76 votes.

It is thought the pair got married that same year, but by February 2016 Purple had been issued with a Police Information Notice warning not to harass the singer.

In a statement read to the court, the Crown Prosecution Service said: ‘There is some history behind the charges. A notice was put in place on 29th February 2016 and issued for 12 months.

‘The defendant sent Gypsy messages over text and email, including some saying “jealousy will destroy you” and “don’t use the kids against me”.

‘On 9th September the defendant sent a message saying “I never kissed anyone since being with you”.

‘Watkins made references to the children and contact in most of the messages. The defendant sent many emails over a period of months. The complainant said a lot of the messages would involve sarcasm.’ 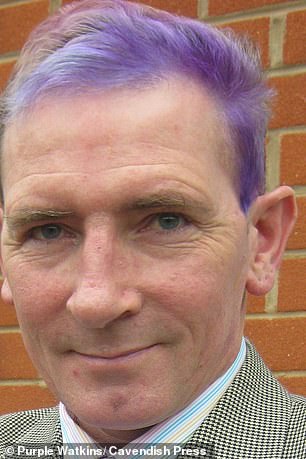 In mitigation for Purple Watkins defence lawyer Miss Abigail Henry said: ‘There is significant history to this case.

‘The defendant was interviewed by the police in Manchester, and pleaded guilty to Plymouth magistrates courts by post.

‘She was summoned to court on 5th December 2018. She has been in hospital over this time having problems with her mental health.

‘A restraining order will be put in place. She is of the mindset at this moment that she will rekindle with her children when they are adults. She is currently receiving employment allowance.’

Sentencing District Judge Mark Hadfield told Watkins: ‘Serious harm was caused to the victim and she has had to make changes to her lifestyle and social media.

‘I know you have been going through an awful lot, especially in relation to your mental health.

‘I won’t move away from the fact that despite difficulties you are not the victim. The victim is someone you had a relationship with and for reasons you know you have bombarded her with communications that were not wanted over a lengthy period of time.

‘You caused her a significant degree of stress. She wasn’t able to continue with her college course and had to make changes to her social media. Because of that I have to follow guidelines. You will be given eight weeks custody suspended for 12 months.

‘There are no requirements other than to not commit another offence over this time. A restraining order will be in place for two years, meaning you are not to enter Plymouth, or have any contact with Gypsy Watkins.’