Home » World News » On the global stage, Morrison needs all the friends he can get 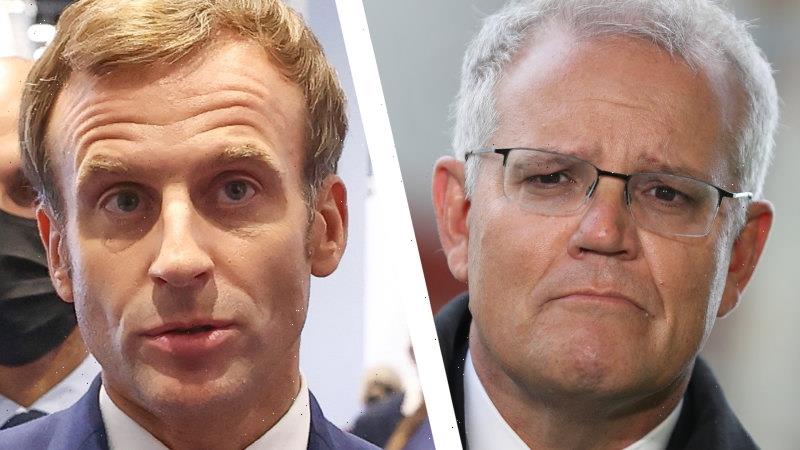 On the global stage, Morrison needs all the friends he can get

The 17th-century French saying “A la guerre comme a la guerre” originally meant that in a war you fight with the means at your disposal. Over time, it has also come to mean that when it comes to war, there are no niceties. French President Emmanuel Macron’s upending of diplomatic convention over the past few days to publicly accuse Prime Minister Scott Morrison of lying is an example of both at once.

With France’s presidential elections in April looming and elections to the National Assembly only weeks later, Mr Macron is a man searching for ways to galvanise the electorate behind him and his En Marche! party, swept into office in 2017 on the promise of a new approach to France’s problems.

But the old fissures between Paris and the regions remain. With the country’s two-party system of left-wing Socialists versus right-wing Gaullists in ruins, the incumbent faces volatile and disgruntled voters who could easily be won over by another “outsider”, such as far-right media personality Eric Zemmour. With Mr Macron’s ability to deliver domestically and abroad now in question, he knows that appealing to wounded Gallic pride is a potent electoral brew, especially when it is aimed at the perfidious Anglosphere.

For Mr Morrison, the escalation in hostilities has been less welcome, though it has meant that time which might otherwise have been spent defending our position on emissions is now being devoted to political theatre. For the Prime Minister, too, it is about managing appearances, and especially trying to counter the image of him as a shifty salesman. His claim that Mr Macron’s remarks amounted to “slurs against Australia” is a first instalment in that effort, though perhaps Mr Morrison should be reminded that he isn’t the nation.

Since then, we have seen the leaking of a text message – an even more profound breach of diplomatic norms – and there may be further revelations to come. Whether the Prime Minister would have gone to these lengths if it were his word against Mr Macron’s is debatable, but after US President Joe Biden’s earlier apology to the French leader, which seemed to shift blame to Canberra, Mr Morrison is clearly concerned that mud might start to stick.

The latest line from the Prime Minister is that the French knew their submarines weren’t going to meet our needs and that there were problems with timely fulfilment of the contract.

Standing in a Glasgow shipyard, Mr Morrison complained that the French deal would have left us without a submarine until “as late as 2038″. That would still be earlier than the most optimistic estimate for the AUKUS project. Anyone who is familiar with the saga of the F-35 fighter plane knows that delays, technical problems and efficacy questions are only one side of any major defence procurement; the other is the political relationship between the countries involved.

In the immediate future, it is those relationships that should concern Mr Morrison and Australia. Having flown to the other side of the world to talk about “the Australian way” of tackling climate change, the Prime Minister will need international friends to back him up when it comes to the economic and strategic challenges ahead, on both emissions and defence.

Those who argue that the United States is the only friend that really matters should note that Washington has itself been stumbling on foreign policy for some time – with the debacle in Afghanistan only the most obvious example – and struggling with only mixed success to find a more multilateral approach in the Indo-Pacific region and elsewhere. On the eve of the AUKUS bombshell, Australia was also trying to widen its alliances and deepen its ties with France. That work should not be damaged in the rush for a short-term political advantage.

It is true that Mr Macron has chosen to raise the temperature in this dispute, but if Australia can lower it and find some sort of entente cordiale, it could pay off in ways that are as difficult for us to detect as AUKUS was before it surfaced only a few weeks ago.

Six F1 sprint qualifying races in 2022, more points could be awarded and number may increase despite mixed views of fans

Coronation Street fans panic as major character 'disappears' from soap – but did you spot who?
World News