The Ohio woman facing criminal charges connected to a fight inside a McDonald’s that stemmed from her anger about a slushy order had pleaded guilty in 2014 to a separate attack on her grandmother.

Cherysse Cleveland, 44, is charged with two counts of misdemeanor assault related to a violent June 14 altercation at a McDonald’s in the Cleveland suburb of Ravenna. In a video posted online, Cleveland appeared to strike workers and go behind the counter after being told they couldn’t mix flavors for a slushy drink.

“Are you f—–g crazy? Don’t touch me!” a McDonald’s employee was heard telling a woman, apparently Cleveland, in an expletive-laden video purportedly captured of the disturbance. “Do not touch me, I’ll destroy you!”

WARNING: EXPLICIT LANGUAGE IN VIDEO BELOW

At one point, the woman ripped off a worker’s mask and got into a physical struggle. A brawl broke out before police officers arrived and arrested Cleveland. Officials released her from jail Wednesday night.

Calls to the McDonald’s from Fox News went unanswered. Fox News also reached out to Cleveland but has not heard back.

She’s had run-ins with the law before. She previously was charged with felonious assault, kidnapping and disrupting public service in connection with an August 2014 attack on a woman. Local reports said the victim was Cleveland’s grandmother.

A Portage County court criminal complaint said Cleveland threw the woman to the ground, followed by “repeatedly hitting her with her hands and fists.”

“As the victim was saying on the ground after the initial attack, the defendant grabbed a glass lamp, stood over (the) victim, and threw the lamp onto her body,” the complaint states.

In a letter to a judge asking for leniency, Cleveland said she was not an “evil or bad person” and that she had “some very difficult things going on in my life,” WOIO-TV reported. 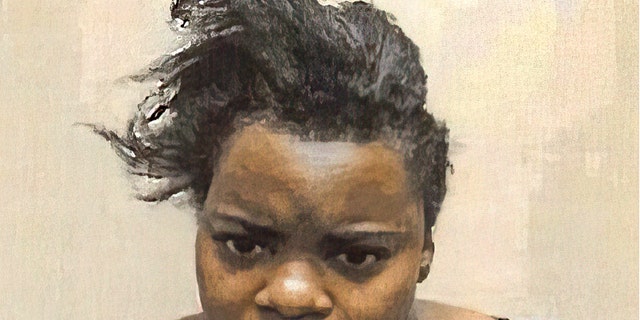 “I did not mean to assault my grandmother. In my mind at the time I thought I was fighting the devil,” she wrote. “Probation from you is the request. I would like to get back out into the community and help in every way possible”

In a subsequent letter, Cleveland said that mental illness ran in her family and that the death of her mother resulted in her experiencing a nervous breakdown.

“I was not of sound mind and body. Before the incident I worked at my job for 16 years and tried to be a good citizen,” she wrote.

Under a plea agreement, she pleaded guilty to felonious assault and charges of kidnapping and disrupting public service were dismissed.

In March 2015, Cleveland was sentenced to two years in prison. She was granted early release in December of that year under certain conditions, including taking her prescribed medications and not having contact with her grandmother outside the presence of other adults.