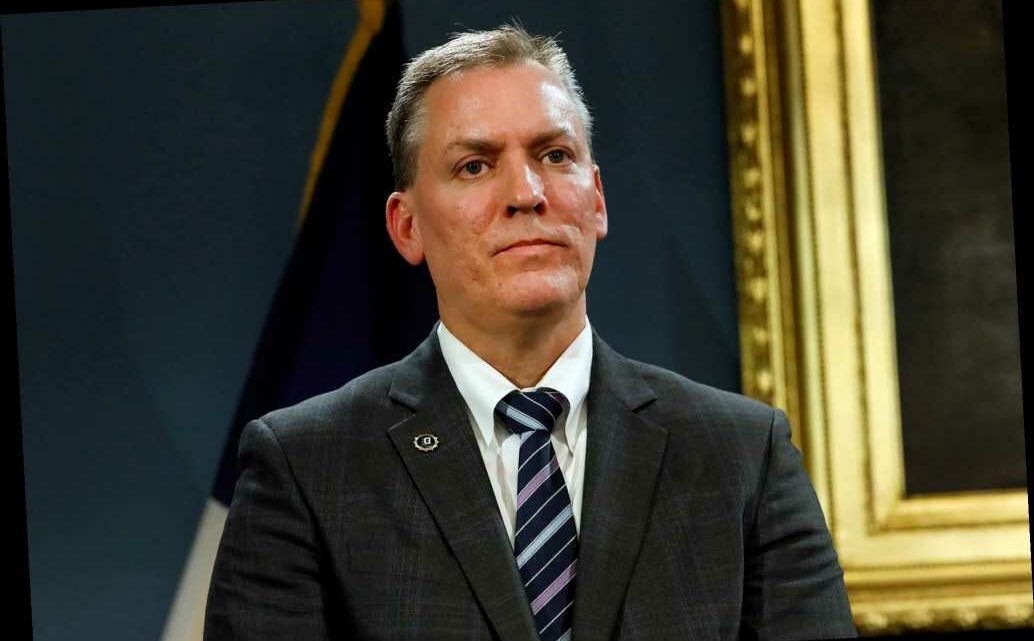 NYPD Commissioner Dermot Shea slammed the protesters who clashed with cops Monday night as the “antithesis” of Martin Luther King Jr. — and vowed that they would be “held accountable.”

Hundreds of protesters initially met outside the Barclays Center and marched across the Brooklyn Bridge in a demonstration honoring the civil rights activist.

But the city’s top cop told NY1 Tuesday morning that their actions didn’t reflect that cause.

“On such a day that we’re honoring Martin Luther King, [we have] demonstrations that consist of violence, throwing bottles, breaking property, calling for the death of officers [and] to burn the city down,” Shea said.

“I really can’t think of anything that is more [the] antithesis of what Martin Luther King stood for. I think it’s a disgrace. And it’s time that everyone calls this out.”

Twenty-nine people were arrested at the Monday night demonstration — all of whom were released with summonses or desk appearance tickets, according to cops.

Now, “people need to have consequences,” the commissioner said.

“And I’m not talking about throwing protesters in jail because we support protesters,” he said.

“I’m talking about very narrowly defined [group], people that are trying to destroy our way of life, hurt our cops, that are putting their lives on the line every day.”

Eleven police officers were hurt during the demonstrations — including a captain who was struck in the head with a bottle, but was wearing a helmet, according to the NYPD. None of the officers were seriously injured.

“We approach these things the same way, with respect to allow people to protest, but there are many people … that have no intention of peaceful protesting,” he said.

“How long are we going to allow the greatest city in the world of 8 million people to be strangled by 40, 50 or 100 people who don’t like our way of life? Simple accountability. Hold them accountable.”

Only days before the latest demonstration, New York Attorney General Letitia James brought a rare lawsuit stating that the NYPD’s top brass failed to stop the department’s “inadequately trained officers” from repeatedly violating the civil rights of New Yorkers during the George Floyd protests over the summer.

But Shea said it’s not always the police who instigate clashes at protests.

“So that’s the newsflash to the AG, this is actions caused by people that want to destroy our way of life and our city.”

Meanwhile, the commissioner said that if police acted “inappropriately” in any way during the protests, “that’ll be dealt with.”

“I did not see that yet, but that’s not to say it didn’t happen,” he said.