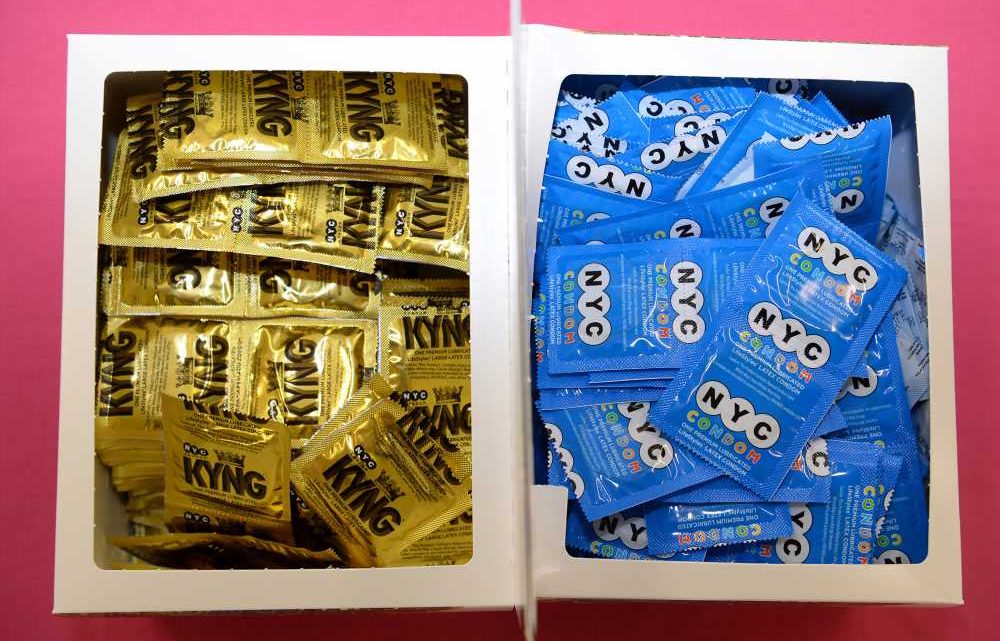 The city’s cache of free condoms is shriveling up, according to a new report.

The Health Department distributed roughly 19 million male condoms in the fiscal year that ended June 30 — down from 20.9 million the year before and more than 36.6 million in 2015, according to the latest Mayor’s Management Report released Tuesday.

Officials blamed Trump administration cuts to federal funding for the flaccid numbers — the same explanation it gave last year for the ongoing slump.

“This decrease was due to a delayed condom order and lower federal funding amounts for traditional safer sex products,” the agency said in the report, an annual look at how various city agencies are performing.

The US Centers for Disease Control and Prevention slashed the city’s condom distribution budget by 26% in early 2018, causing delays in filling orders for the prophylactics, according to Health Department spokesman Patrick Gallahue.

The department is giving out an average of 2.1 million condoms a month now that it has “resolved backorder issues” with its new vendor, rolled out an online ordering system and reallocated staff to handle incoming orders, according to Gallahue and the report.

That puts it on pace to distribute 25.2 million this fiscal year — or about 10 million fewer than before the funding cuts.

But the rate at which New Yorkers use condoms has held steady regardless of how many the city hands out, Gallahue said.

“The city’s overall sexual health promotion strategy is not limited to how many condoms it distributes, but instead takes a holistic approach taking into account all HIV and STI (sexually transmitted infection) prevention options,” Gallahue said.

The distribution drop-off has coincided with dips in the number of New Yorkers with certain sexually transmitted diseases, Health Department figures show.

New HIV diagnoses dropped 19.2% in calendar year 2018, while syphilis cases fell about 2.9% in the last fiscal year, according to the agency’s report.

Criminal on Netflix release date: When does Criminal start? How many episodes?

Louise is disgusted by Ben's return in EastEnders
World News