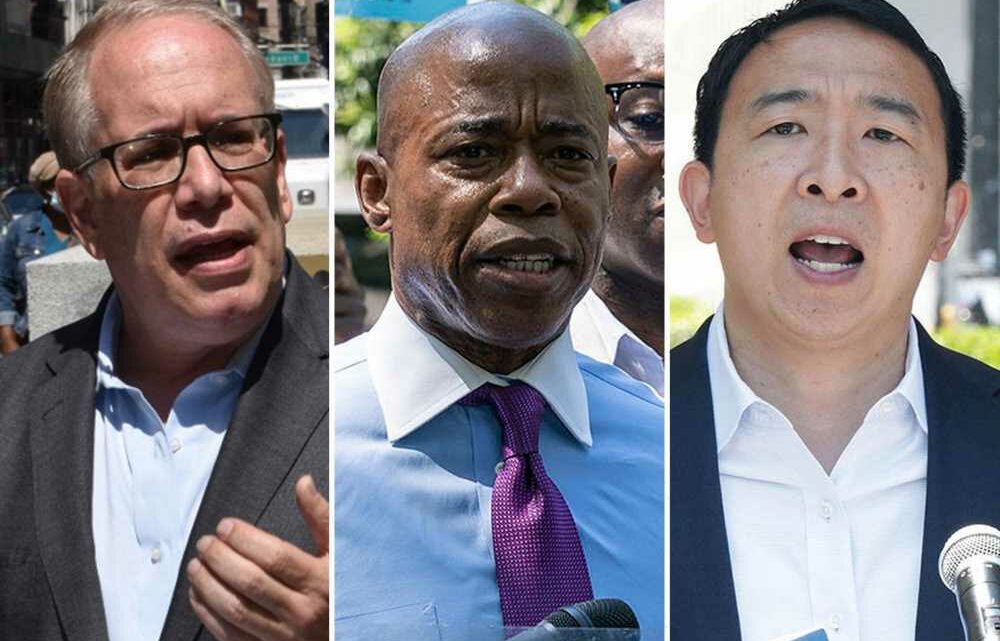 On crime, Eric Adams remains head and shoulders above the mayoral pack

Brooklyn Borough President Eric Adams headed for services at several synagogues across the city, and a Harlem event with former Congressman Charles Rangel, before holding an afternoon press conference in Times Square to address the recent spike of anti-Semitic violence in the city.

“There’s a pandemic of hate,” Adams said. “That hate went into the Asian community and it has shown its ugly face on mosques and synagogues and the most recent incident took place right here where a young man, Joseph, was brutally attacked and assaulted.”

Adams said the attack “struck at the heart of what I expect from New Yorkers and as a father it really made me think about what we are doing at a city.”

Andrew Yang joined an afternoon roundtable with Assemblyman Ron Kim for a discussion at the Flushing Workers Center focused on the struggles of home care workers.

“Home health care workers are often invisible,” Yang told a small audience, many of whom said they often worked 24-hour days and had suffered physical injury as a result of their labors. “I am running for mayor because I want to change things in New York and what you all have suffered needs to be changed and addressed. You have my full support.”

Scott Stringer, whose campaign was badly damaged by allegations of “sexual abuse” from a former staffer, spent his Saturday shoring up support among the city’s Asian-American community at the Queens Public Library in Flushing.