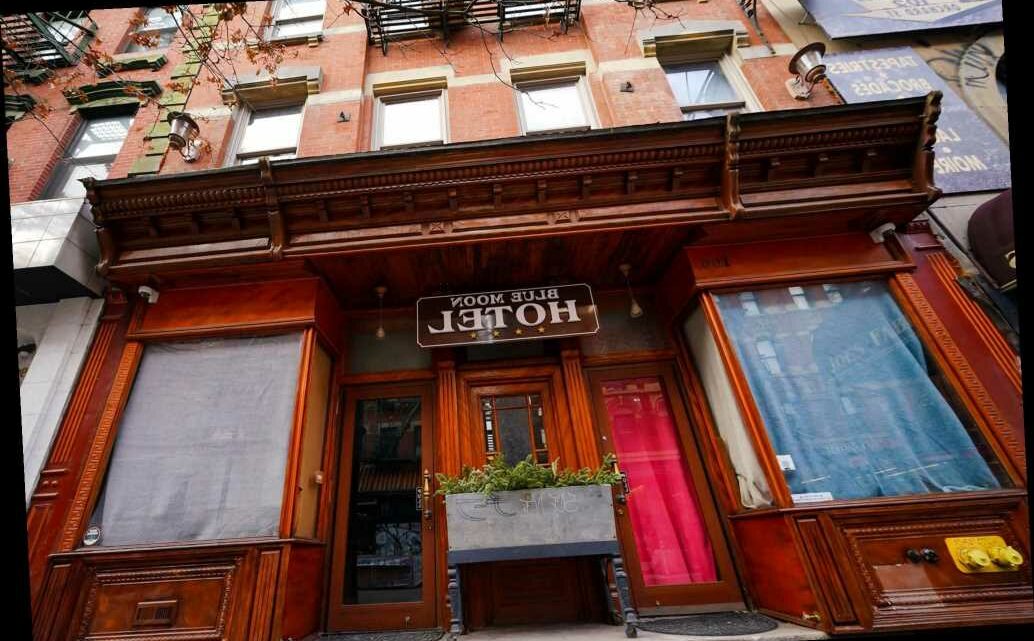 The city detailed precautions it will take in using the Blue Moon Hotel as an emergency homeless shelter during the pandemic, new court papers seeking to toss a suit opposing the shelter show.

A group of Lower East Siders sued earlier this month to block the proposed shelter arguing that it could cause a coronavirus outbreak as the city allegedly planned to move 70 homeless men into the 22-room converted former tenement facility.

But the city clarified that it would use no more than 46 beds at the 100 Orchard Street building and it would put in place a host of other precautions to protect from the spread of COVID-19, according to papers filed in Manhattan Supreme Court Thursday by the city’s Office of Corporation Counsel.

For instance, it says that residents and staff would be provided with PPE, masks-wearing would be required in common spaces, meals would be staggered and temperatures would be taken when people enter the building, the court documents say.

The city would also test its residents and staff and anyone who has symptoms would be relocated to a Department of Homeless Services isolation or quarantine shelter, the court papers explain.

Further, the city is beginning to vaccinate homeless residents and staff at shelters and they can educate the homeless men about the importance of vaccination given widespread hesitation about it in New York, the court filing says.

And as to fears expressed in the suit, that the facility would become a permanent shelter, the city says an agreement with the building is set to expire on June 30.

Still, the suit noted that the agreement allegedly allows for month to month renewal for up to nine years.

The shelter — which the city agreed it would not open until after Feb. 9 — will cost $34,454 per week and it will be run in conjunction with non-profit Not on My Watch, Inc., according to the court documents.

The city is asking for the Lower East Side petitioners to pay the cost for the facility if the shelter opening gets delayed by the lawsuit, the court papers say.

“DHS’ ability to manage the shelter system for the benefit of all New Yorkers and to provide for individuals experiencing street homelessness in the midst of a global pandemic — consistent with its legal mandates for the provision and operation of shelter services — is vital,” the court papers say.

Therefore, the city is asking for the judge to toss out the suit so it can “proceed in its efforts to protect public heath and safety and provide legally required shelter during this public health emergency to new Yorkers experiencing homelessness,” the court papers say.

“Petitioners are in the process of reviewing and responding to the city’s opposition papers,” law firm Dealy Silberstein & Braverman, LLP — which represents the suit’s opponents of the shelter — said in a statement. “Our reply will be filed in accordance with the court’s scheduling order.”