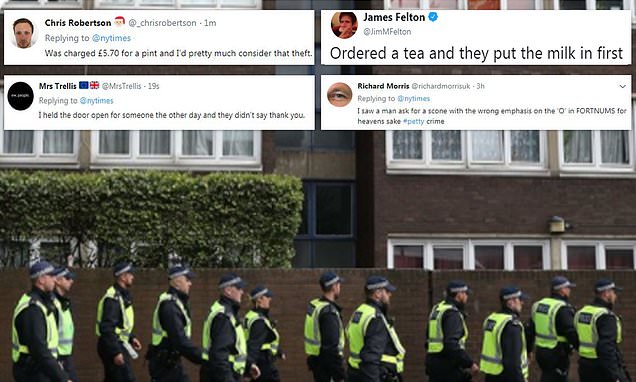 ‘Ordered a tea and they put the milk in first!’: New York Times asks Londoners if they’ve experienced petty crime in city… and gets suitably British replies

The New York Times has found itself once again in the firing line of sarcastic Brits after putting out an appeal for Londoners to contribute their reports of petty crime and how they were handled by the police.

The newspaper – which recently claimed all Londoners subsisted on boiled mutton and porridge until well into the 2000s – received thousands of responses to a tweet launching the project… almost all of them totally off topic.

There were several genuinely disturbing incidents reported, such as one woman who was handed a Darjeeling tea despite ordering an Earl Grey, but sadly for The Times none of them actually involved the police.

And there were plenty of terrifying tales that just ‘might’ have been made up, such as a man who was pick-pocketed by a Fagin-like old man and his gang of orphan children.

But perhaps the worst misdemeanour of all perpetrated by one Londoner on another was recounted by @olibradley, who wrote: ‘I asked someone how they were… and they actually told me.’ 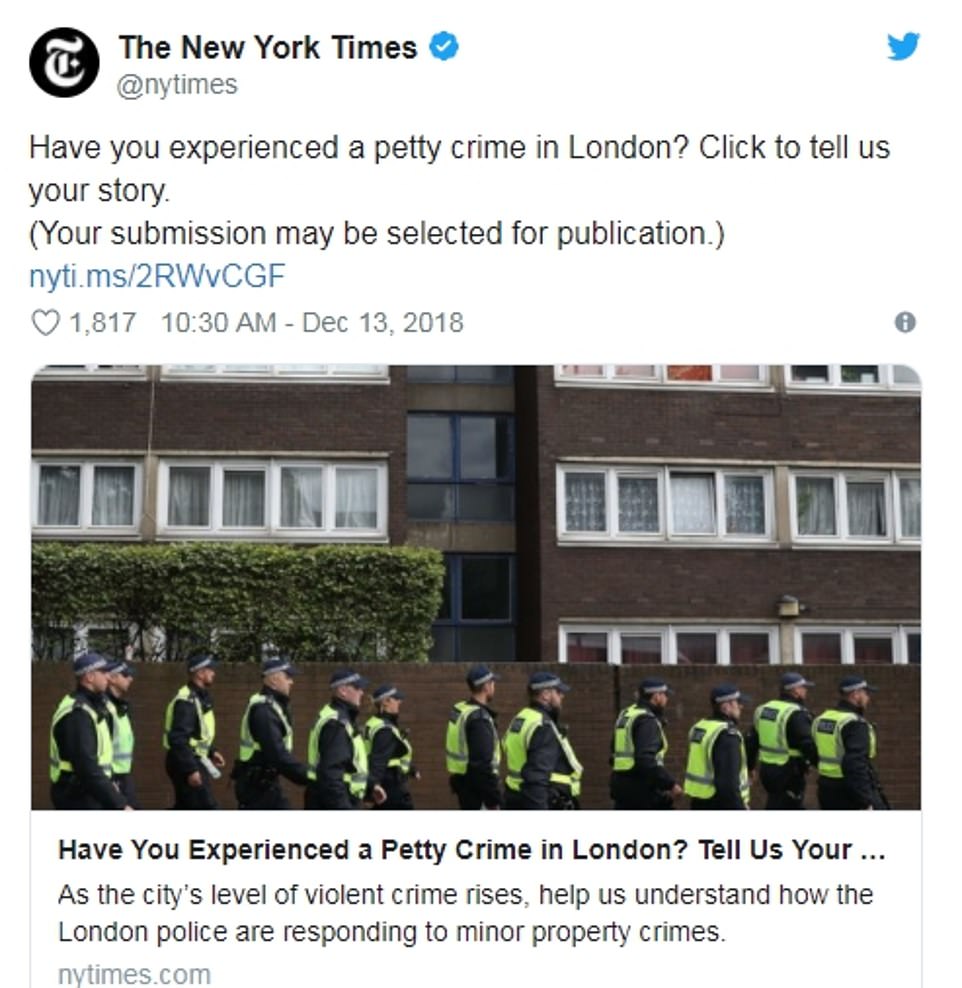 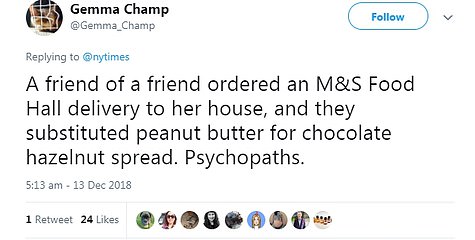 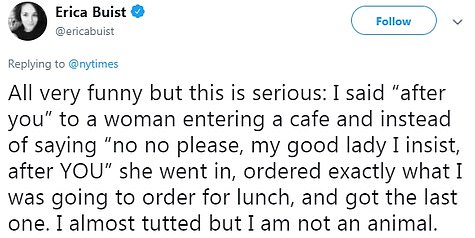 Noting the enduring importance of queues to Brits, @Peta-Moxon tweeted: ‘When I worked in London someone pushed in front of me in a queue.’

‘Someone held the door open for me when I was still ten feet away and then I had to run and pretend I was grateful. I was sweaty and fuming,’ @harriet1marsden wrote.

‘I said ‘after you’ to a woman entering a cafe and instead of saying ‘no no please, my good lady I insist, after YOU’ she went in, ordered exactly what I was going to order for lunch, and got the last one,’ wrote Twitter user @ericabuist.

‘I almost tutted but I am not an animal,’ she said.  And @jimxant pointed out that London’s wildlife aren’t exempt from criminal activity.

‘I once saw a pigeon nick a mayonnaise sachet from an old couple on a park bench,’ he reported.

The unspoken laws of using the London underground featured highly in the replies as well.

‘Someone made eye contact with me on the tube once. The culprit is still at large, despite a massive police operation,’ wrote @ralasdair.

‘Once on the Northern Line in Clapham a small group of people spontaneously sung a christmas song – council and police failed to issue ASBOs to any offenders,’ replied an aghast @SamANutt.

And @chazpLDN tweeted: ‘A charlatan didn’t have his Oyster card ready this morning before getting to the front of the underground queue. Audible tutting ensued.’

Then there were a suspicious number of ‘crimes’ which mirrored fictional events.

‘A woman with a flying umbrella and her grubby friend accosted me and tried to shove me into a floor painting,’ wrote @juliamcfarlane.

The expense of living in the UK capital came up again and again as something which should be made illegal.

‘My landlord charges us £2,000 a month in rent and a lady from the council just told me my bedroom is too small to be legally occupied,’ tweeted @indiablock.

And @GarethAOwen1 wrote simply: ‘£6 for a pint. Daylight robbery!’

Meanwhile, @eapbee said: ‘The Rivoli Bar in the Ritz charged me £90 for a Negroni. Incredible scenes.’

Neither the New York Times nor the journalist who made the appeal have responded to the overwhelming number of case studies they have received.

How many make it into the final report remains to be seen.