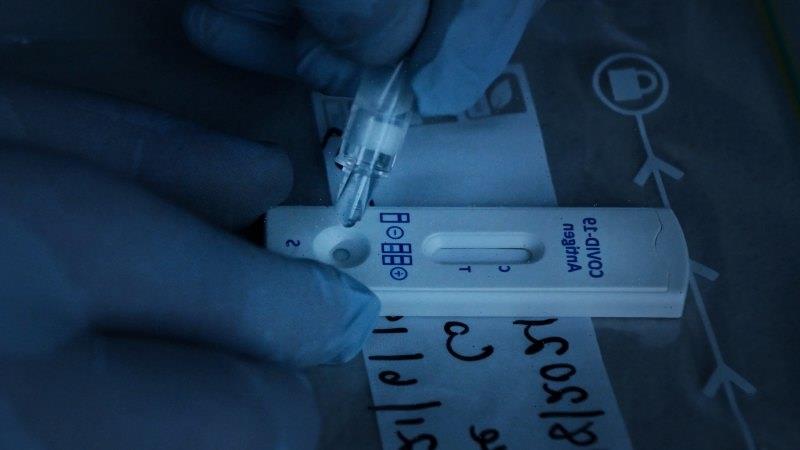 NSW has recorded 11,807 new COVID-19 cases and 27 deaths, as state and federal authorities investigate why some aged care facilities have not received a booster vaccination clinic.

There are 2622 COVID-19 patients in NSW hospitals, including 170 in intensive care units. Hospitalisations are down by 127 on those reported on Tuesday. 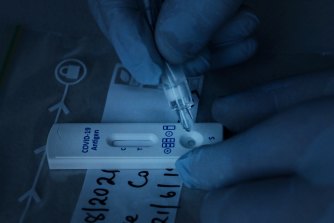 More than 258,000 rapid antigen tests have been reported in NSW since mid-January records began.Credit:Kate Geraghty

The new cases were detected from 5493 positive PCR tests and 6314 rapid antigen tests.

On Tuesday, NSW Health Minister Brad Hazzard said state health authorities were working with their federal counterparts to figure out why a “relatively small number” of NSW aged care facilities had not received a booster clinic.

Aged and Community Services Australia chief executive Paul Sadler estimates at least one in 10 aged care residents are yet to receive their shot.

An Operation COVID Shield spokesperson said as of Monday more than 99 per cent of aged care facilities had received a booster clinic or were scheduled to receive one.

In his address to the National Press Club on Tuesday, Prime Minister Scott Morrison said he understood Australians were frustrated and disappointed with “how the global pandemic has played out over this past very difficult summer”, adding he hadn’t “got everything right” and would take his fair share of criticism and blame.

He stopped short of a personal apology when asked whether he would apologise for past mistakes, including travelling to Hawaii during the 2019-20 bushfires and regarding rapid antigen test supply.

“We’re all terribly sorry for what this pandemic has done to the world and to this country,” Mr Morrison said.

He said the government was perhaps too optimistic about the challenges this summer would present and had raised hopes, noting the Omicron COVID-19 variant had triggered significant changes.

Mr Morrison said if he had his time again, he would have placed the vaccine rollout under military control earlier, and also conceded aspects of aged care — including moving patients between facilities into hospitals — could have been done better at a state and federal level.

He was asked on Seven’s Sunrise on Wednesday morning whether his “real mistake” had been to claim in early 2021 the vaccination rollout was not a race – a remark he has since said he regrets making.

“As I said very clearly yesterday, we had two big challenges – one was of course the blocking of the supplies that we had ordered,” Mr Morrison told the breakfast TV program, “and there was also, later on, the big challenges of the AstraZeneca vaccine being limited in … whom it could be provided for because we had invested in ensuring we could manufacture that vaccine in Australia.

“The challenges we had early on around distribution [were] overwhelming, how things were being managed in Health, so that’s why I brought in [COVID-19 task force commander Lieutenant-] General [John] Frewen, and it turned around.”